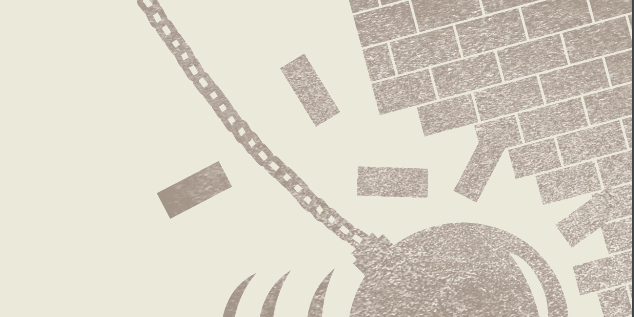 Published in Mosaic, journal of the Federation of Ethnic Communities’ Councils of Australia (FECCA), Issue No. 32, December 2012, pp. 11-13.

There are estimated to be more than 214 million immigrants in the world. They make up about 3 per cent of the world’s population, a figure that has remained steady over the past few decades.

Despite increasing globalisation and trans-national mobility, choosing to live and work in another country still remains a major decision in people’s lives. As in business, these decisions are based on rational approaches, with potential immigrants factoring in living costs, employment prospects, a new way of life and the attitudes and tolerance of our society.

For skilled immigrants, the decision to migrate requires a degree of optimism, personal drive and entrepreneurial spirit.

These factors, along with their skills and qualifications, mean that each skilled immigrant has the potential to be a fantastic asset for Australia. A list of leading Australians in any field inevitably includes people who chose to immigrate here to achieve success. This potential, though, is always at risk of being stifled by the challenges and barriers some face adapting to our society. We know of the success stories but most of us also hear anecdotes, or know first-hand, about newly arrived skilled immigrants who end up driving taxis or stacking shelves just to make ends meet. The question of whether this is symptomatic of a policy failure, employer discrimination or a reflection of short-term adjustments is worthy of further exploration.

Skilled immigrant selection policies are a critical element in making sure these barriers can be avoided. Australia has welcomed more than 7 million immigrants since the Second World War. Over this period, the nature of our immigration programs has changed significantly. The large nation-building programs that characterised the 1950s and 1960s gave way in the 1970s to smaller programs focused on family immigration.

This continued until the 1990s when permanent immigration to Australia took on a redominantly economic focus. This latest phase in our immigration story has coincided with a period of sustained economic growth for Australia.

Today, Australia is the fourth largest recipient of skilled immigrants after the US, the UK and Canada, and just ahead of Germany.

The Australian government states it aims to select skilled immigrants based on their capacity to meet Australia’s skill needs. To achieve this, it has established selection processes that are designed to be responsive to the changing needs of business and the wider economy. The result of this approach should mean that those selected for skilled immigration have a good opportunity to make use of their skills in Australia.

The Department of Immigration and Citizenship gathers information on the labour force outcomes of Australia’s recent immigrants through the Continuous Survey of Australian Migrants (CSAM).

The survey data shows superior labour force outcomes among skilled immigrants when compared with the average Australian. These results illustrate why countries around the world are increasingly interested in skilled immigration.

It shows that skilled immigrants have a very low dependence on government welfare payments. Furthermore, they are likely to be in skilled, productive employment, where they make a significant contribution to the country’s prosperity.

When one considers that these immigrants are selected on the basis of their capacity to undertake skilled work in Australia, this result should be expected.

Immigrants to Australia also perform well when compared to immigrants in other developed countries. After Israel, Australia has the lowest immigrant unemployment rate of all Organisation for Economic Co-operation and Development (OECD) countries. This data suggests the selection policies for skilled immigrants work reasonably well.

Nevertheless, skilled immigrants still confront hurdles in becoming full participants in the Australian workforce and in society at large.

For instance, recent DIAC data shows that among the relatively few recent skilled immigrants not employed, the main obstacle was a lack of Australian experience, with around a third citing this as a problem. The next most common reasons cited were insufficient job opportunities and not enough experience in their chosen field.

These problems are likely to dissipate over time. Labour force outcomes for skilled immigrants improve during the first 12 months in Australia as skilled immigrants acquire experience and become more marketable. DIAC’s survey data provides the reassuring news that very few immigrants identified a lack of English or a lack of qualification recognition as major employment barriers.

In terms of skills recognition, the Australian media reported this year that Australia is leading the world in removing barriers for skilled immigrants. Australia’s skills assessment and recognition arrangements for overseas credentials has been commended as “radical in global terms”, by Professor Lesleyanne Hawthorne from the University of Melbourne, a consultant to the OECD on immigrant labour to meet global skills shortages.

While this is an encouraging assessment at a time when we face increasing competition to attract skilled immigrants, there is still much work to be done in this area. The effectiveness of skills recognition arrangements vary across different industries. Government and business need to pay attention to this issue, to ensure skilled immigrants have every chance of achieving success in Australia.

The issue of employer discrimination is more complex. In terms of finding work, it does not appear to be of major concern with only four per cent of skilled immigrants who are seeking work identifying ethnic discrimination as a barrier.

While securing a job is a major first step, in the longer-term it is better for immigrants to obtain work commensurate with their skills. In this regard, there is evidence that some groups of skilled immigrants are not reaching their potential. This is particularly a problem with former international students who obtained a skilled visa after graduation – after 12 months only six in ten of these immigrants have a skilled job.

There is also empirical evidence from the Census that in terms of earnings, returns on higher education are less for immigrants than Australia-born residents. Furthermore, the wage-gap between the Australian born and immigrant workers from non-English speaking countries has been increasing between 1986 and 2006. Ensuring that we have a better understanding of these underemployment issues is essential if we are to realise the potential of skilled immigrants.

Getting the balance right in skilled immigration requires careful, ongoing attention. The formation of the Ministerial Advisory Council on Skilled Migration (MACSM) demonstrates the government’s commitment to a balanced approach, which draws upon independent advice built on real-world experience.

The MACSM met for the first time in July this year and its terms of reference cover such areas as a the impact of skilled immigration on the Australian economy and labour market; the level and composition of the annual immigration program and the operation of the temporary skilled worker visa program.

The Council has already discussed the issue of skills recognition and is slated to discuss skills assessment requirements and arrangements at our next meeting in December this year.

Skilled immigration has played a big part in making Australia what it is today and will continue to have a major role in our ongoing prosperity.

Making sure structural barriers do not prevent skilled immigrants from fully participating in the workforce is critical from both a social justice and economic viewpoint. Skilled immigration complements the work to skill more Australians, improve domestic labour mobility and remove barriers such as disjointed trade licensing arrangements. All play an important role in helping individuals reach their potential while supporting ongoing economic growth for the benefit of all Australians.

All of the merit of this piece belongs to David Widen, then with the Department of Immigration, who prepared the draft article for me.