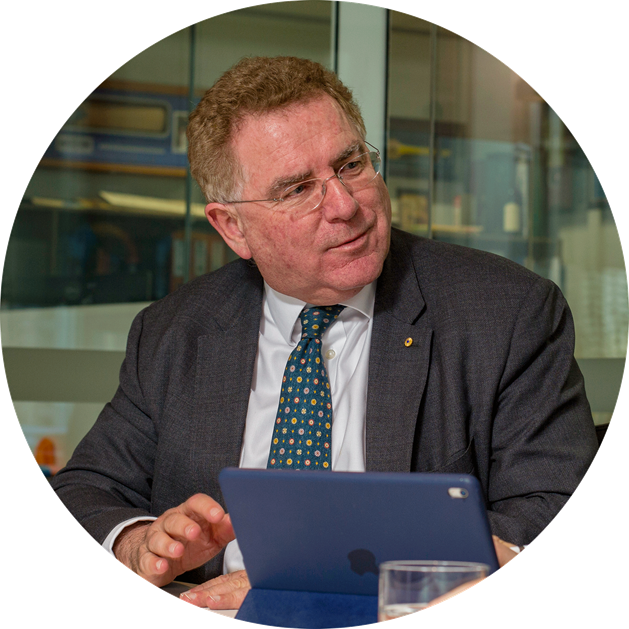 Michael is co-founding Director and Executive Chairman of EG, a leading funds management, property, and technology Group. Michael has extensive experience in infrastructure, funds management and development, with over 30 years in the industry.

Michael is a Director of Willow Technology Corporation and Reveal. He is also honorary President of the Australia Defence Association and the immediate past Independent Chairman of ASFA.

His past directorships include the City Renewal Authority (Canberra), ING RE, State Super, NRMA Insurance, Icon Water Corporation and ActewAGL, the State Rail Authority of NSW, Sydney Metro Transport and ANZ (2000 Olympic) Stadium. He was also a founding director of both Macquarie Infrastructure Group and Macquarie Goodman.

Michael was an Adjunct Professor at the Australian Graduate School of Management’s Centre for Corporate Change and previously Vice President of the Australian Council of Trade Unions and Secretary of the NSW Labor Council (now called Unions NSW).

Michael was awarded Member of the Order of Australia in 1997 and is a Fellow of the Australian Institute of Company Directors (FAICD) and the Royal Institution of Chartered Surveyors (FRICS).