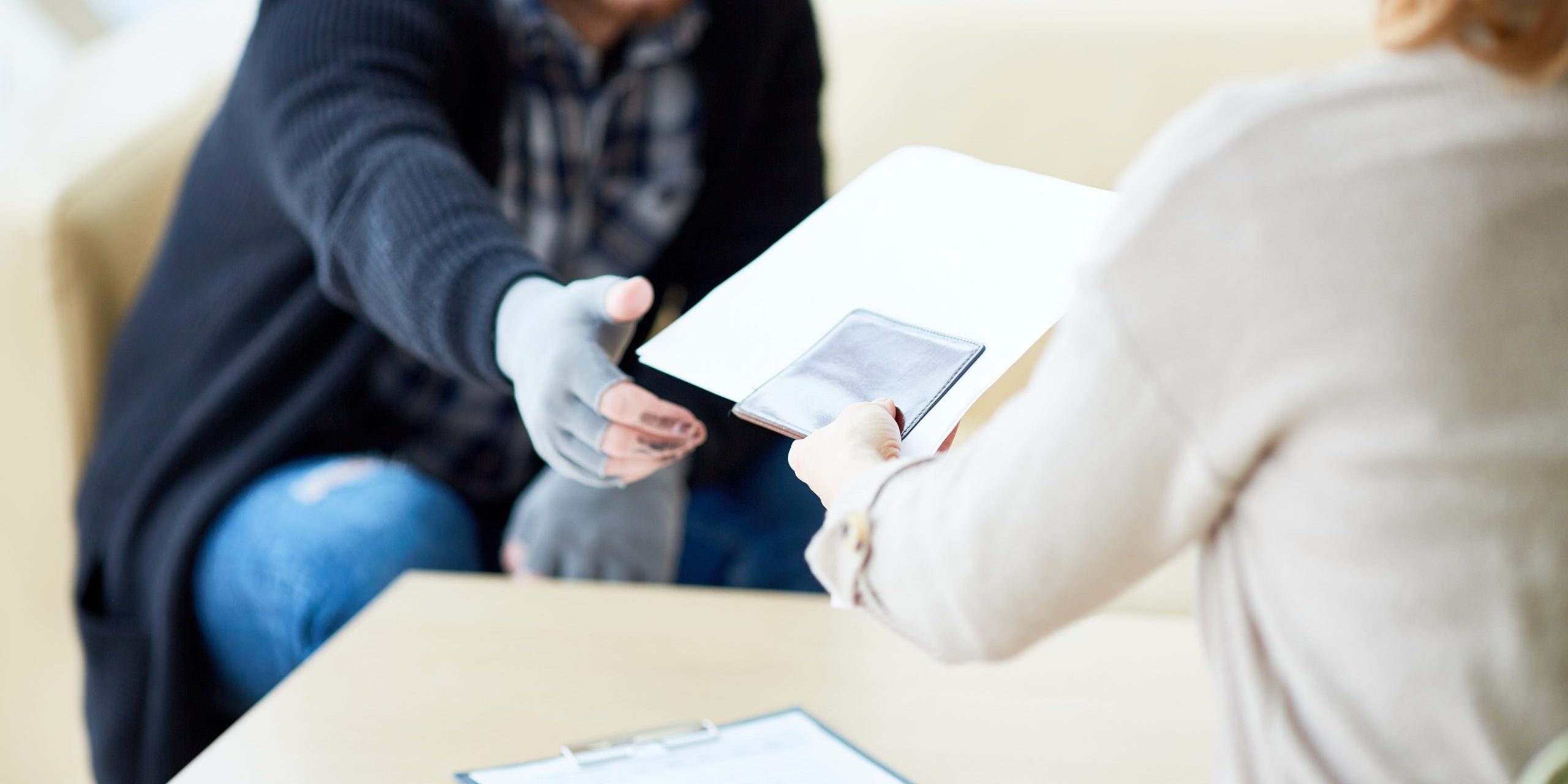 The debate on immigration is at cross purposes. Australia should be proud of its skilled migration program. It should also champion the development, training and employment of its own people as an overarching priority. Both policies fit together. Any assertion otherwise, or muddying of the waters to the contrary, is wrong.

There is a lot of confusion about the skilled migration program, leaving plenty of room for irresponsible claims and counter claims that threaten many of the achievements of Australian migration policy. It is now very important for there to be greater factual understanding of trends associated with current policy. Informed debate is good debate.

As Chair of the Ministerial Advisory Council on Skilled Migration, I am acutely aware of divergent views on skilled migration. Perspective is needed. Without focusing too deeply on the minutiae of the current debate, this article discusses the main reasons for immigration, why business skills is at its core and why certain programs are changing.

Australia needs immigration to complement the development of our own labour force. As Professor Peter MacDonald of the ANU has long argued, demographic factors are crucial. Without migration Australia’s labour market will cease to grow by 2036. Two factors stand out. The baby boomer bulge is moving rapidly into retirement. Fewer older Australians are working. In a single year, August 2011-2012, of Australians aged 55 and over, 101,400 in net terms retired from the labour force. In the same period, the 15-24 year-old cohort in the labour market fell by 40,900 because young people are staying in education longer. In combination, in one year, these factors represented a loss of workers of 142,000. For the labour force to grow, it must first make up this loss. Migration therefore plays an important role in making up for the demographic deficit.

Additionally, various sectors of the economy need new labour. One percent growth, off a total workforce of 12 million, equals 120,000. Therefore, in the past year, without any increase in employment, the required growth in employment was 260,000.

Only the migration experts have a firm grasp of the detail of skilled migration program and its myriad specialist visas. Any move to simplify the style and presentation of the program should be encouraged as should the complex and costly regulatory arrangements that underpin it.

Broadly speaking, with skills, there are four main visa types – independent self-nominated skilled migrants holding skills identified as in short supply, employer sponsored migrants, 457 visa holders and business investor migrants. The latter are required to invest a minimum of $5 million in approved investments (not counting their family home, etc.) and there is great competition between the States to attract them. But only 600 are expected this year – a net investment of at least $3 billion if that figure is reached.

Since July 2012, the selection of most skilled migrants is based on need and with reference to the new Consolidated Skilled Occupation List (CSOL) occupations identified by the Department of Immigration and Citizenship in consultation with business groups and the States, as being in short supply.

Intending migrants apply through SkillSelect, an on-line process introduced from July 1, 2012; applicants need to be in occupations on the skilled occupation list and meet certain criteria. This is aimed at screening out the unskilled and poorly documented applicants who do not match Australia’s economic needs. Intending migrants willing to live and work in regional Australia win extra points.

The 457 Visa, the focus of much recent debate, is for temporary skilled workers from outside Australia or skilled temporary residents within Australia. They are meant to come when there is a shortage of qualified, available Australians. Last year’s 20% growth of 457s equates to an extra 20,000, less than 8% of the total intake. Evidence to date that has come before the government’s Advisory Council suggests that the number of rorts, with tens of thousands of employers in the system, is relatively small.

The 457 Visa scheme adopts the highly effective and efficient approach of initially recruiting skilled people on a temporary basis with the option of eventually becoming permanent. Where 457 visa holders have worked for two years and their employer wants to offer them a permanent position they are likely to qualify for permanent residency, for which they are assessed on the same basis as other applicants.

In the 12 months to December 2012, about 36,000 of people issued with a skilled permanent residence visa previously held a 457 one. The 457 system is designed to fluctuate with labour demand. In fact, with easing labour demand, the number of new offshore applications for 457 visas has fallen sharply with declining numbers applying in the past six months. At the macro level, skilled migration contributes positively to the nation’s productivity, participation and population. It is worth noting that in the period that skilled migration increased significantly from 1997 to 2012, unemployment trended down from around 8 per cent to 5 per cent. It seems to follow, recognising the various regional factors, that a well calibrated skilled migration program targeted to business needs should not affect unemployment (at least in times of economic growth) as highly skilled migrants ease bottlenecks in the economy and effectively create jobs.

The recent debate about temporary 457 visas has focused on earlier trends to higher levels of temporary migration. There have been differing views around this issue. But successive Australian governments have sensibly recognised that in a globalised economy Australia should position itself to take advantage of the movements of skilled labour so as to meet our needs.

Supporters of the current program do not entirely dismiss concerns about temporary migration. Any trends towards a ‘guest worker’ type society with temporary migrants here for long periods of time without returning home or moving to permanent residency should be resisted. Long term temporary residents who might draw down on social benefits could undermine social cohesion and support for migration more generally.

Some in the union movement and academia claim that skilled migration is the easy option in lieu of an effective training regime. So the government’s training agenda is clearly an important piece of the puzzle. Australians are less likely to move from their place of residence to take up jobs located elsewhere than people in many other countries – such as the United States. There are many factors in play, including training recognition issues, poor labour market training and estimation of training needs, tax disincentives. Poor social infrastructure in some regions militates against mobility. The development of training skills and of mobility should be issues meriting fresh consideration by COAG.

Some problems remain with how the program used to be administered. For example, recent attention given to cooks and hairdressers point to the flow over from those who came into the country in 2007-09 to study short courses at hastily created private colleges. They had a pathway to permanent residence through completing those courses.

Consistent with all Ministers acting to stop rorting, the then Immigration Minister, Senator Chris Evans, put a stop to this in February 2010 by removing cooks and hairdressers from the skill list for permanent residence. Many of these students have managed to hang on in Australia. But, overall, the program is now much better targeted.

This needed to happen. We need to ensure that there is no easy pathway to employer-sponsored permanent residence through a 457 cook/hairdresser visa. If this problem, or related problems emerge, action should be taken – for example by the Minister, on the advice of his Advisory Council, restricting certain immigration occupations or categories. It is a flexible program and the Department, nails and hammer in hand, has its eye on any flying planks from any loose timbers in the program.

Recent claims about supposedly widespread abuses of the present 457 Visa system must be backed by evidence. The Minister’s Advisory Council has called for any such new evidence to be sent to the Department for impartial assessment. An open mind is needed. Business groups and unions both want a strong economy and society, with successful and growing Australian workplaces. Skilled migration has a definite role to play. There is scope for consensus around skilled migration through a whole-of-government initiative to address greater attention to skills development.

Australia’s skilled migration program is world leading, with OECD reports regularly commenting positively. Our migrant and Australian born population unemployment ratios are among the best in the OECD. An international comparative study published in December 2010 by the prestigious National Bureau of Economic Research in the US highlighted that Australia is one of only two countries in the world where immigration increases the wages of lower-wage domestic workers.

More broadly, part of the success of Australia’s migration program, including our successful levels of social cohesion and multiculturalism, has been our increasing focus on skilled migration. Reforms over the past five years, including the strengthening of the 457 program, the introduction of the more targeted skilled occupation list, the strengthened points test and the implementation of SkillSelect, have made the program more carefully targeted to the skills and jobs in need. The government is entitled to say Australians come first in the job queue. But there are real shortages and gaps to plug. It is important that the focus on skilled migration is maintained, while of course allowing for its ebbs and flows according to economic cycles.

Politicians have an important responsibility to be measured and sensible in their pronouncements and commentary. In the administration of the program, we must ensure that migration is acutely focused on higher-end skills and is in the national interest. We should continue to reform any part of the skilled program that is not operating optimally and recognise that this is an ongoing process. Fine-tuning, rather than tuning off, is the task ahead.

This article was posted on-line by the Australian Financial Review but, strangely, did not make it to the print edition.  The then opinion page editor apologised later. Due to a family illness, which took her away from the office, she said she had forgotten to authorise the inclusion in print.

In one careful assessment by demographer and immigration academic Dr Chris Wright, he said:

There have been examples of workers being mistreated under the 457 Visa scheme, but these have been isolated examples, relegated to a relatively small number of employers. The scheme has otherwise been working effectively in ensuring that the vast majority of employers use 457 visas for their intended purpose: to address skills shortages where no resident can be found to fill a vacancy, and in a manner that does not undermine the wages, conditions and opportunities for residents.

Michael Easson, the former secretary of the NSW Labor Council, had some things to say about the recent controversy of the 457 Visa scheme. He said that “the reform package was carefully calibrated. The same can’t be said for the rhetoric”.  Easson is well placed to make this assessment. As the Chairman of the Ministerial Advisory Council on Skilled Migration, he has been an important player in the design of the reforms. He made also made a plea to the leaders of unions and business that are represented on the council “to ensure we think hard about the consequences of any statement made” about the reforms.

Now I have not seen any evidence to support these assertions. Chris Wright, The Politics of Skilled Immigration Policy, Occasional Paper Series, Catholics in Coalition for Justice and Peace, 21 April 2013, http://www.ccjpoz.org/attachments/db/ccj/90.pdf

I agree with Dr Wright’s analysis. I felt at the time that I had an obligation as Chair of the Business Skills panel to speak truth to the claims being peddled in the media.

On 14 March 2013, I appeared on the ABC’s ‘7.30 Report’ to contest some of the arguments and mis-statements: Chris Uhlmann (reporter), ‘Do Skilled Migration Numbers Match the Political Rhetoric’, https://www.abc.net.au/7.30/do-skilled-migration-numbers-match-the-political/4574018 — my comments starting at 3.46 minutes into the video.