(1991) Let’s Hear it for a Debate on the Gulf War, But Spare me the Woolly Thinking 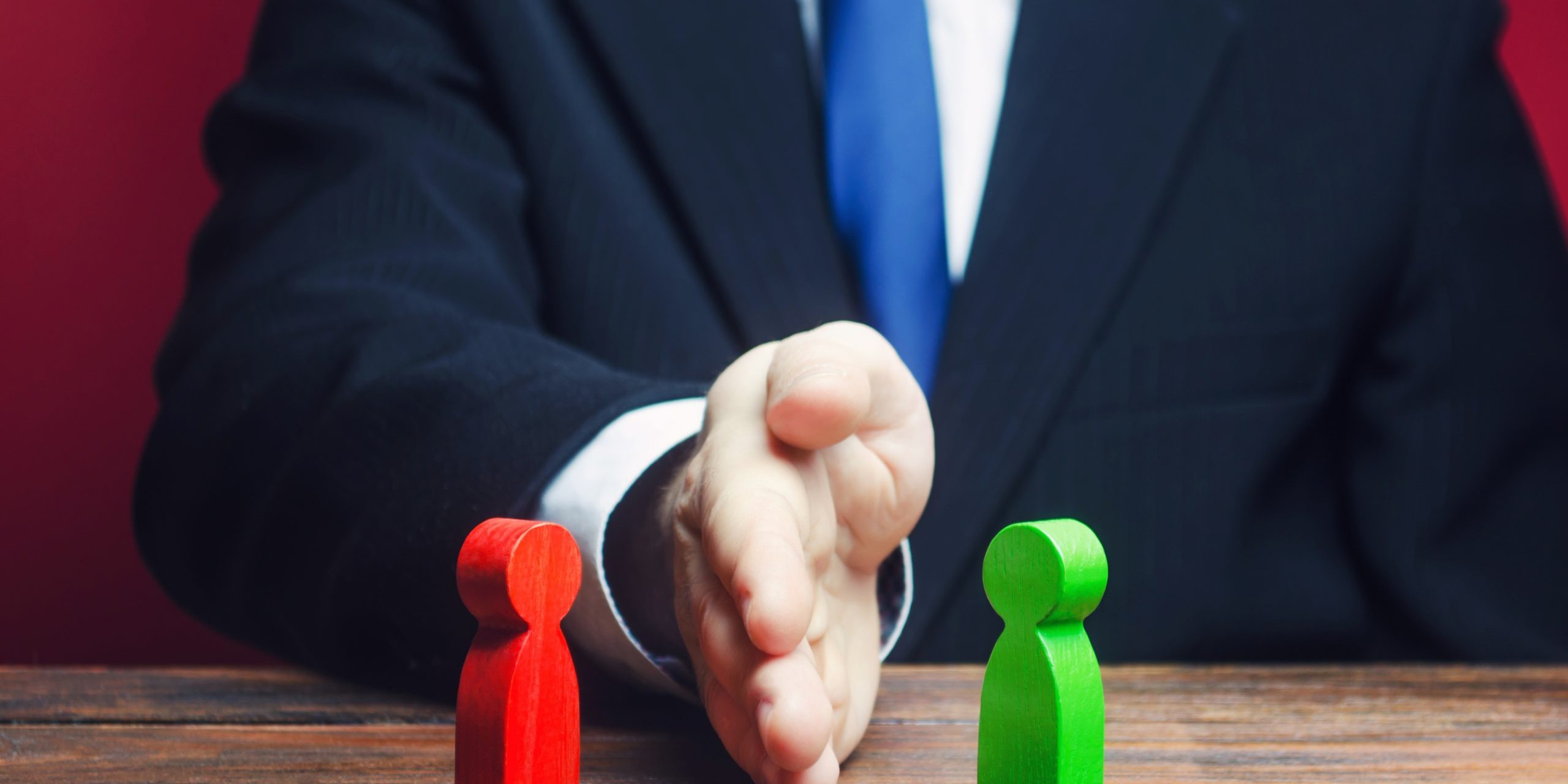 It was a good thing that Parliament was recalled last week as Australia’s response to the Gulf war needed to be discussed, debated and adopted. It is true that some divisions have opened on the government side. We have heard much about some Labor MPs defying the ALP Caucus’s endorsement of the Gulf resolution and abstaining on the vote. This embarrassed the government, but not much.

It would have been absurd if everyone had agreed with each other and held back what they really thought about Australia’s engagement in what, after all, is a war. The Prime Minister summed up the mood of the overwhelming number of MPs by stating that we all desire peace but sometimes, tragically, we have to fight for it.

MPs should speak their minds. But for the life of me I cannot understand the attitude of those MPs who spoke against the Prime Minister’s resolution. Take for example, Stewart West’s contribution in the Herald last Wednesday.

West is too smart to fall for the contradictory rhetoric that the Democrats have been going with. Senator Janet Powell was arguing that we should “give sanctions a go” and “send the ships home”. But how would sanctions work if there were no blockade of Iraq? This small complicating detail has escaped Senator Powell’s attention to date.

Even weirder was the performance of the peaceniks who demonstrated last Saturday week against [and outside of] the US and Israeli consulates. No-one there [at the “demo”] thought it was strange that the gathering did not move to demonstrate furiously against the Iraqis also. As Israel has so far been at the receiving end only of missile attacks, it is a little bewildering that its consulate was singled out for attention.

Even if West does not go along with such woolly thinking, his arguments in this paper display a lack of judgment and toughness about what ought to be done.  It is not a reasonable response to duck the question: “How long should sanctions be applied?” by replying: “Well, how many casualties do you support?” Obviously, one answer to the last question is “as few as possible”.  But West’s counter-question is a debating ploy.

Iraq invaded Kuwait on August 2 and sanctions were applied soon after – endorsed by the United Nations.

There is evidence that sanctions have made life uncomfortable in Iraq – mainly for the civilian population. But President Hussein has shown no inclination to move out.

Stewart West’s peace plan is so similar to that put forward, unsuccessfully, by the UN Secretary-General, Javier Perez de Cuellar, as to raise copyright problems. Unfortunately, de Cuellar himself had to announce to the world that Hussein refused to accept UN Resolution 678.

Let us examine some other furphies.

First, the “what about Israel?” argument.

Sanctions were never applied against Israel’s occupation of the West Bank and Gaza Strip. There is a clear difference.

Iraq’s invasion of Kuwait was unprovoked, audacious aggression. In 1967 and 1973 Israel acquired territories in the aftermath of attempted conquests by Arab forces against the Jewish State. The analogy is a bit like comparing a brutal murderer with someone pinning down a thief after a bank robbery.

Second, the “Iraq should leave Kuwait once Israel agrees to leave the occupied territories” argument: I personally think that Israel was too cautious about fully implementing the Camp David Accords and promoting the political autonomy of the Gaza Strip and the West Bank. Everything should be done to intensify the peace process between the Israelis and the Palestinians. But there should be no linkage of the two.

Iraq did not invade Kuwait to encourage Israel to be more accommodating to the Palestinian aim of a national homeland. To link the two propositions is like saying that the bank robber should be required to return his loot only after someone else across the street has returned his ill-gotten gains.

The third furphy is that “the US has rushed to arms as a result of the November elections”.

Obviously, the Gulf crisis was on an important issue in last November’s congressional elections. But West is wrong to highlight those elections as a crucial turning point. The Republicans lost ground in the House and the Senate. The election was not fought in a hawkish mood of taking on the Iraqis.

An encouraging aspect of this crisis has been the sober and cautious approach adopted by the US Administration in the lead-up to this conflict. Australia, like the other allies, is at war more in sorrow than in anger.

Interestingly, the position supported by the Prime Minister in the current debate is similar to Labor’s position before World War II. John Curtin supported the idea of collective security, despite the large body of opinion within the Labor Party and the country generally which supported isolation. Majority opinion among the conservatives was all the way in support of appeasement.

Curtin supported collective security as the proper approach to the invasion of Abyssinia by Italy in 1936. He supported sanctions against the aggressor and ultimately the use of force to remove the Italians from their conquered lands.

Unfortunately, the dreams of the founders of the League of Nations and those who supported collective security failed because of the lack of courage by the nations in the League to seriously support its charter and its resolutions. Thereafter, Hitler felt free to annex territories without fear of retaliation.

The analogy with appeasement before World War II rings true on two counts. First, if Iraq were allowed to keep Kuwait, does anyone seriously think that is where Hussein would stop? Second, the only way that peace could be secured was through the Allies going to war against the Nazi forces.

Of course, it is easy to cite other places where aggression has not been met by powerful international resistance. But I, for one, am proud that Australia is playing its part in trying to defeat this aggression. All the rhetoric about “a new world order” may come true if Hussein is forced to retreat. If that comes to pass, all potential aggressors will think twice about whether conquests will be checked by massive retaliation.

Was not that idea part of the dreams of both Evatt and Hasluck at the 1945 San Francisco Conference which ushered in the United Nations?

If the objectives of collective security and a stronger role for the UN are realised, it will come about because some men recognise that freedom is not easily achieved. Sometimes a horrible price has to be paid, because sweetness and light are not characteristics of leaders like Hussein.

In contrast to the second Gulf War in 2003, there was overwhelming support in Australia for liberating Kuwait from Iraqi forces.

In 1991, Prime Minister Hawke was particularly persuasive in publicly defending the Allies’ position, under the banner of the United Nations, which ultimately eschewed a full-scale invasion of Iraq.

What I wrote was a case, addressed to any wavverers in the Australian labour movement, as to why the actions commenced were justified on realist and moral grounds.

Debate on foreign policy in the West was to markedly change thereafter.  Whereas sober, cautious realists and liberal idealists, the latter wanting to change the world in their image, were once united in containment of the Soviet Union, their fractious alliance splintered after the Soviet Union itself dissolved. Debate on Iraq became an inflexion point highlighting points of difference. Realists tended to say that with Iraq the aim should be to contain Hussein and to emphasise the risks, in blood and treasure, of toppling the regime. Liberal idealists, particularly the so-called neo-conservatives, many springing from a Kennedyesque, Scoop Jackson tradition of “no burden too great” adventurism, emphasised that if you truly want to contain aggression, then the regimes themselves needed changing. One side was Thomas Hobbes, Edward Hallet Carr, George Shultz, and the other Jean-Jacques Rousseau, Woodrow Wilson, JFK. This summary, of course, ignores the nuances between various positions and the complexities on particular situations, even in the thinking of a single individual. Also ignored here is the leftist suspicion of anything done in the name of the United States. But the broad (even grand) outlines of differing perspectives were very much apparent in the next Gulf War.