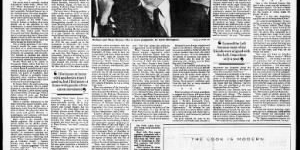 A nation’s immigration policy can reveal a good deal about moral and humanitarian issues as well as economic considerations. The recent changes in guidelines for immigration and the numbers allowed to come to Australia illustrate this point.

One problem with the [recent immigration intake] announcement is that the average skill level of the migrants arriving in 1992/93 is likely to fall, though it should be acknowledged that the changes include more emphasis on English language skills for those seeking entry through the “skills” category.

That measure and the decision to cut the concessional family reunion category are likely to improve the employability of persons arriving in Australia. But why stop there? The cuts in the employer nominee and independent skills categories will mean that, overall, the number of skilled migrants will drop significantly.

The accompanying table illustrates how substantial those cuts will be. The biggest cuts are in the areas where migrants have the best skills.

One of the things wrong with Australia is that we frequently do not know how to help ourselves. That is evident in recent changes to Australia’s business migration program. Let me explain.

The Business Migration Program (BMP) had its origins in 1976 with the creation of the entrepreneurial category in the general migration program. In 1981 the BMP was introduced to enable self-employed persons, part-owners and senior executives in enterprises to migrate, subject to several factors. Applicants needed to put forward detailed proposals about actively participating in enterprises that could he expected to introduce new designs techniques or technology, expand exports or promote employment opportunities. They were also required to have access to sufficient personal, unencumbered, legally transferable funds to enable a proposed business to have a reasonable chance of success.

Since 1987, to qualify under the BMP, an applicant has been required to have:

A Settlement amount of $150000 if Sydney or Melbourne is the intended destination, or $100,000 if elsewhere, as additional funds to those required for business purposes.

An intention to settle permanently in Australia.

From July 1990 to March 1991, nearly 70 per cent of business migrants came from Taiwan and Hong Kong.  In 1990, I estimate those migrants brought with them assets of about $1.2 billion to $1.5 billion. Given Australia’s current account problems and the balance of trade deficit that is not a bad sum to bring into this country.

In 1990/91, the total number dropped to about 7000. Without any moves to cut quotas, the economic situation in Australia created those cuts. In adjusting the BMP, this factor should have been taken into account.

The number expected to arrive under the new Business Skills Category in 1992/93 is likely to be 5000. Based on that figure the number of principals would probably be around 1250, or about half the number in 1989/90.

The most crippling blow to the program occurred in 1990/91, just as many of the benefits of the BMP were beginning to flow through. Coinciding with the release of the report of the Public Accounts Committee in June 1991, the minister announced there would be no new applicants accepted under the BMP because there was a large backlog of cases.

The Public Accounts Committee report became sensational news when it was released. It proposed that the program be abolished and replaced by a points-based business skills category of migration.

Apparently what was not seriously considered were the Canadian arrangements or the option of modifying the BMP through:

Tightening up the system of accrediting business migrant agents;
Increasing the amount of funds required by business migrants to qualify under the program;
More detailed, mandatory if necessary, monitoring of the performance of business migrants since they have located in Australia; and,
Addressing some of the security issues raised by the Australian Federal Police.

There are some significant problems with the new guidelines. The points test means that, as the guidelines state: “A 56-year old (0 points) executive with limited English (10 points) cannot pass.” That is too inflexible. I would discount the significance of English language skills in the criteria for BMP applicants. Indeed a person aged 46 (20 points) with turnover in a business of $2 million, employing five full-time employees (50 points), but with limited English (10), with $1.3 million in net assets to bring to Australia (5 points) would fail. (Only a total of 85 points.) Even if that person had net assets of $6 million to bring in he or she only gets another 10 points and “fails”. (With only 95 points, 10 short of the pass mark.)

It is therefore likely that the net value for Australia of migrants coming through the new Business Skills category is likely to be substantially less than the old BMP.

In my view the new Business Skills category is a much inferior scheme to the old BMP or alternatives that might have been tried.

Consider the Canadian experience. There are two paths to the Canadian business migration arrangements. There is the entrepreneur program, which allows entry provided that a business, which complies with certain guidelines, is established within two years.

Also there is the Immigration Investor Program, which allows entry provided an investor establishes, purchases or expands an eligible business of significance to a province. In addition, there are equity capital arrangements such that, for example, an investor may place a substantial sum in an approved provincial government administered venture capital fund, which is established to boost economic activity within Canada.

Unfortunately, the new Australian arrangements fail to distinguish between investors and business entrepreneurs. Thus potentially valuable investors could be discouraged.

An interesting aspect of what happed in Canada is that the provinces have a major role in determining immigration quotas and bidding for business migrants, though the federal laws and authority prevails in case of any conflicts.

The Canadians have aggressively marketed themselves – especially in Asia. Li Ka-Shing, one of the richest men in Hong Kong, migrated to Canada (rather than Australia) partly because of the efforts of the Canadians to bid for his business. There are many stories about those who decided on Canada rather than Australia because of the more sustained and sophisticated efforts of the Canadians. Australia should be more economically focused in its overall approach to immigration. A good place to start is the business migration program. The best way to change policy and outcomes is to know what should be done, and why.