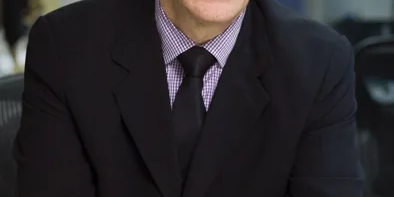 Paul Katz (1957-2014), who suddenly died on November 20 following a brief battle with cancer, was one of the world’s great architects. In his 57 years Katz moved from his native South Africa and studies in Israel and the United States to become the global leader of architects Kohn Pedersen Fox (KPF), overseeing some of the most exciting and innovative designs of any firm anywhere, realising many of the world’s tallest buildings and most significant urban renewal projects.

Born Pescach Katz on September 27, 1957 in Cape Town to parents Walter and Esther, who both worked in a family construction business, Katz attended Herzlia school, notable for the incomparable beauty of the campus, including Table Mountain backdrop, and excelled in academic studies and school rugby, also captaining the unbeaten chess team. Studies in architecture, started at the University of Cape Town, interrupted by army service, were completed at Technion, the Israel Institute of Technology, Haifa. At university he met fellow South African Ziva Freiman, who later became an architectural writer and historian, and they married in Israel, where his folks made Aliyah in 1979, both graduating with a degree in architecture and town planning in 1982. Post graduate studies followed with a Masters at Princeton University in 1984, the same year he joined as a design architect KPF, a firm then in its infancy.

In the late 1980s and 1990s he had an impact on KPF to grow globally. He was the finger in the back that pointed others forward and was never afraid to lead. He relentlessly circled the globe for collaborative partners, remarkable individuals, and fresh ideas.  He put people and projects together.

After becoming a principal in 1997, he led KPF’s international business and was appointed President in 2008, responsible for a team nearly 700 strong.

With colleagues at KPF, he aimed that buildings be bold, harmonious and beautifully functional.

In Australia, a single design, the 42 storey Chifley Tower, built between 1989 and 1992, located at 2 Chifley Square, Sydney, is KPF’s work, along with Travis McEwen. Designed to sit in harmony with its surroundings, the curvature of the lower levels mirrors the curtain wall of 1 Chifley Place, opposite. The use of distinctive cream and pink marble, easy access to three streets, vibrant food court areas, which later inspired the redesign of the lower MLC building, and the location quickly established the building’s iconic reputation.

On visits to Sydney in September and October this year, he recalled Alan Bond wooing the firm for the Chifley project and countless flights in Bond’s private jet to and from New York.

Katz hoped to do another project in Sydney, a city he loved and which, through the Chifley commission, had been important to the firm in its formative years. In early October he spoke at a seminar sponsored by Ridley & Co. on ‘Shaping Sydney’s Future’.

He seemed proudest of Roppongi Hills, Tokyo, a huge complex of 622,000 m² in building area over 11 acres, encompassing an office tower, apartments, shops and restaurants, movie theatres, a museum, a hotel, a television studio, parks, and an outdoor amphitheatre, on which he worked for 14 years. Completed in 2004, the project led directly to the commission of what would become the tallest building in China, the 101-storey Shanghai World Financial Centre, completed in 2008. Shaped like a square prism – the symbol used by the ancient Chinese to represent the earth – the building is intersected by two cosmic arcs, representing the heavens, as the tower ascends to the sky.

The 118-story International Commerce Centre tower in Hong Kong came next, the winning entry in an international design competition, the centrepiece of the Union Square reclamation project.  Completed in 2011, KPF worked with the Hong Kong Polytechnic University to develop the ‘Energy Optimiser’ air-conditioning system, which has a central intelligent control, energy consumption monitors, and collects data and analyses it for day-and-night and seasonal variations to provide a baseline for energy-saving adjustments.

In London, he was a central figure in the ongoing redevelopment of Earls Court as well as, earlier, the refurbishment and expansion of Covent Garden.  7 buildings were designed at Canary Wharf.

In New York, he played an instrumental role in the master plan for the 1.2 million m² Hudson Yards project in western Manhattan, between 31st and 37th streets, now under construction by Related Properties and Oxford Properties. This aims at dramatically transforming a vast desolate space into a distinctive community characterised by world-leading sustainability, affordable housing, new parks, and diverse architectural styles.  Its streets will be lined with shops, restaurants, galleries, arts, and culture.

Throughout his career, Katz focused on high rise structures as the building type of the century, seeking innovative, practical solutions and mindful that the new should pay respect to its context and seamlessly connect with its surroundings. He focused as much on the smallest item as on the wider urban picture. His mentor, Gene Kohn, observed that Katz sweated the detail, from the thickness of pipes and the shower heads in hotel rooms to stacking four or five uses around an elevator core in a skyscraper that integrated with the local transportation systems.

He once advised a young architect: “start with the parking bays. Why not? They are part of the foundation of every building.” This represented his thinking that if you want to think major, start minor.

A competitive chess player for most of his life, an ebullient moment mid-year came when he played in an exhibition match with the now world champion Magnus Carlsen. Katz quickly lost. But what fun!

In business, in design, in chess, he knew every pawn had inherent significance.

When a tumour was discovered in late October, he did not want to worry anyone too much, thinking he would have at least a few years ahead to battle this. Hardly anyone knew. Only when the Memorial Sloan-Kettering Hospital in New York discovered that the cancer had spread to the liver were his university student children told. He urged his family not to worry even as he sensed the odds. Ziva said that he never showed fear, never said “why me?” or cursed his fate which more quickly than could be imagined engulfed him. He died of septic shock.

For many, he was one of the most interesting, erudite, and humble people ever met.  His driven, mentoring, challenging mind personally inspired hundreds of architects, planners and engineers across the world.  It is hard to imagine that such a luminous presence is suddenly no longer with us.  He is survived by his parents, wife, children Jonathan and Hannah, and brother Shmuel.  Jamie von Klemperer, a classmate at Princeton and subsequent colleague, succeeds him as KPF President.

Josh Ridley and I caught up with Paul on a Friday in November the week before his death. Flying into New York from Australia late afternoon, it was nearly 8.00pm by the time we visited his offices on 42nd Street, met a few of the KPF partners and then we ate with Paul and his KPF colleague Forth Bagley. As always, Paul was delightful company, a person I seemed to instantly form a friendship with when we met mid that year. He looked tired – “just back from Asia”, he explained – and I now know he was privately assessing the prognosis, though explaining to Josh, Forth, and I his dreams and aspirations. Our conversation touched on urban design, Obama, Israel, characters met, modern novels, comparisons between cities, capitalism with Chinese characteristics – everything canvassed with fresh insights, references to articles he had read, provocative ideas.  You felt like you were learning at the speed of light and it felt exciting.

In September 2014 Josh and I were in Shanghai for the Council of Tall Buildings and the Urban Habitat (CTBUH) conference, Paul introducing me to a wealth of amazingly talented people. One lunch we went to the Shanghai Financial Centre Building in Pudong, the bottle-top building, as it is locally known, due to the trapezoid aperture shape at the peak. Originally, apparently, the design called for a circular aperture, 46 m (151 ft) in diameter, to reduce the stresses of wind pressure and to reference the Chinese mythological depiction of the sky as a circle. With a Japanese company, Mori Building, coordinating construction, local protests alluded to the circle resembling the rising sun of Japan. So the design was changed and, ten years after starting, interrupted by financial problems, including the Asian Financial crisis, the 101-floor structure was opened.  Paul was immensely proud of the building. Personally, I think the design is KPF’s finest.

Paul flew to Australia to be at a function sponsored by Ridley on 13 October 2014, highlighting the Hudson Yard projects in New York. He was a human whirlwind, always travelling, learning, energising those around him, seeking fresh inspiration and projects.

As soon as I heard the news about Paul’s death, I made arrangement to fly and attend the service at Temple Israel Center in White Plains, New York. Roger Wolfson, a childhood friend, gave me his notes of his eulogy.

From the Eulogy by Roger Wolfson