(1995) CRA Dispute: A Tale of Clumsy Unions versus the New Ideology 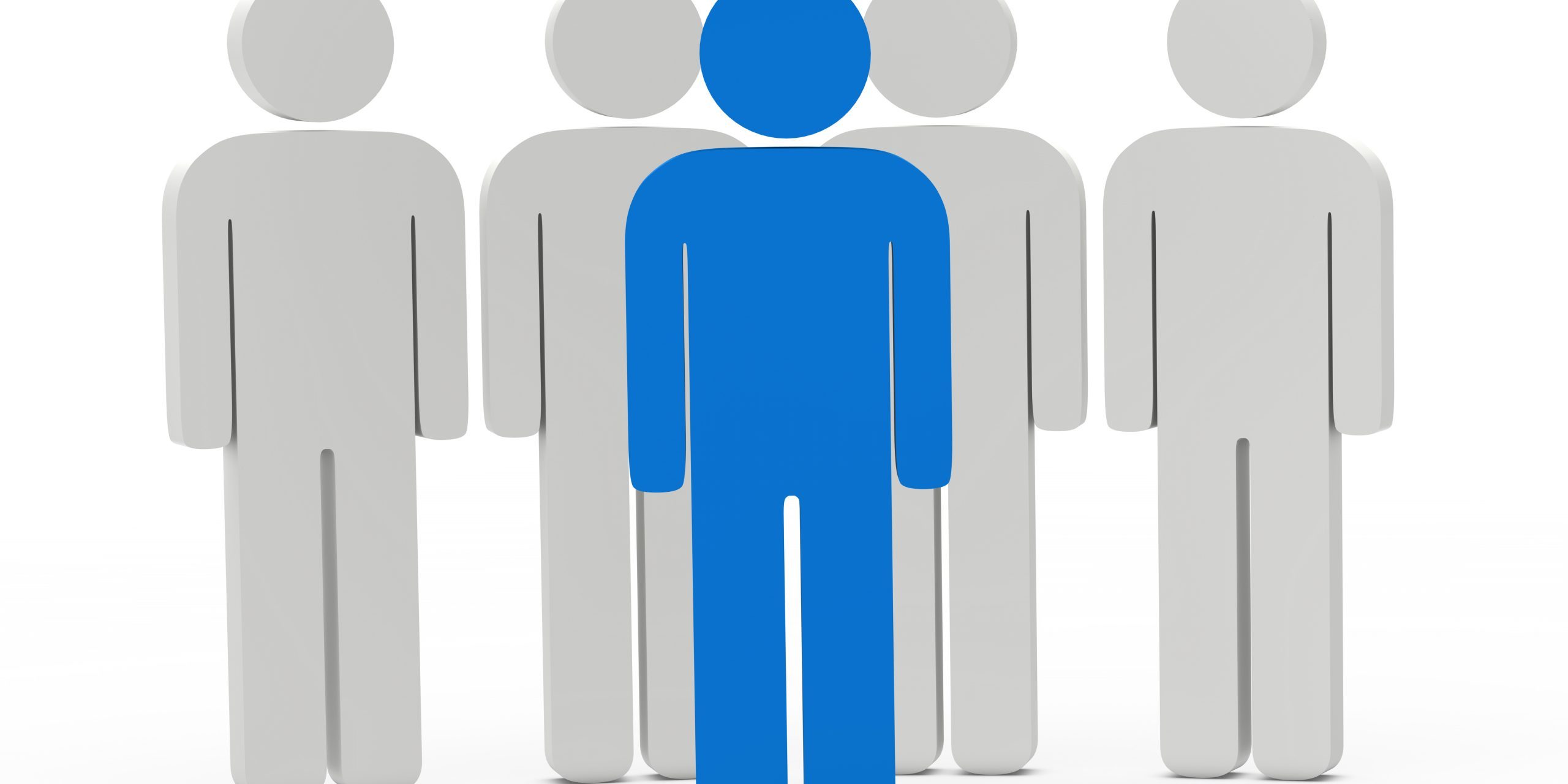 In the welter of claim and counter-claim the industrial dispute involving CRA has been characterised by a high degree of confusion. It appears that over several years CRA has been extremely clever and successful in pursuing a strategy to undermine trade unions at its sites.

By offering individual contracts at levels or remuneration significantly higher than award rates of pay, CRA has been able to win over the bulk of its employees to such contracts and away from the award system. CRA’s success has also undoubtedly been assisted by clumsy union strategies, including poor organisation on the ground and weak leadership.

CRA’s latest approach to a group of workers seeking a collective agreement at Weipa, however, showed that CRA had become too smart by half.

What is behind the dispute? CRA feels that industrial militancy at mine sites has significantly affected its profitability and serves to undermine investor confidence.

In addition, erratic behavior by union delegates and officials made a stable industrial relations environment extremely difficult to achieve. Anyone who has visited a large, isolated mining site knows that many of the workers there are out to make as much money as possible before returning to “normal society”. This meant a coincidence between their objective of maximising income and specific and broader union wage campaigns. In the 1970s and 80s this proved to be a heady cocktail.

Accordingly, CRA, driven by its business objectives and also, it must be emphasised, by an ideologically based view of the world held by key executives and legal advisers, wanted to offer individual contracts to employees.

At first, CRA’s view was that with a significant number of contract employees, it might be able to undermine the unions’ bargaining position at work sites. But this strategy soon developed into a comprehensive approach to eliminate trade unions altogether.

CRA’s position of offering individual contracts caught the unions on the hop. In this respect, the union strategy has been disastrous. At first, the unions’ view was one of denial.  It was claimed that workers would not accept such contracts and be left “unprotected”. CRA, however, was offering significant increases in remuneration. In part, CRA argued that there was an additional cost for workers to be under the award system, including restrictions in dispute settlement procedures, industrial disputation (with a weak enforcement role played by the industrial tribunals) and work organisation in addition to the raft of requirements under the relevant awards.

This argument gathered strength after the adoption of the new federal industrial relations legislation.

CRA argued that it was entitled to offer more to employees by way of individual contracts than they would receive under the award. Many workers faced a simple choice. A big wage increase or staying with the award where levels of remuneration were far lower.

In addition, CRA made the choice less complicated by prevaricating on changes to the relevant awards and agreements. In doing so and by delaying wage increases to the award employees, CRA exacerbated the wage differential between award employees and contractors.

(CRA denies that it has been guilty of unfair bargaining or dragging the chain on concluding a new award or collective agreement, however the evidence suggests at a minimum such a tactic would be consistent with the company’s objective to shift as many as possible of its workforce onto contracts.)

The unions then faced a situation where many workers were “succumbing” to the CRA offers. The unions accused some of those workers of being scabs, something that engendered resentment from people who felt this was an unfair and emotional reaction to the choices they faced. Next, the unions turned the switch to industrial action – which turned out to be inconclusive in settling the major issues with CRA, divided the workforce, and proved counter-productive.

Some sections of the workforce became more attracted to the individual contracts, especially as they witnessed the ineffective, unco-ordinated and unsophisticated union approach.

In retrospect (and at the time), the unions should have offered to advise workers on those individual contracts.

There is nothing more limiting than a person who only thinks within existing parameters. And that is what the union officials did. They ought to have tailored or re-invented their role to deal with a new situation. After all, unions are there to provide advice and assistance and, usually, collective bargaining powers for workers.

That role is not necessarily inherently destroyed by an individual contracts approach. (However, all unions would argue that an award should underpin the individual contracts by setting down minimum conditions at the workplace.) But the unions reacted defensively and missed an opportunity to be relevant and engaged rather than react to the company’s strategy.

How would the company have responded if as a result of its strategy, the unions dealt themselves into an even more significant role by, for example, offering access to quality financial and other advice to the new contract workers, including advice or advocacy on salary review? This was not to be, however, and the unions lost considerable ground.

This brings us to contemporary times. What appears to have happened is that a group of workers at Weipa said they wanted to have their working conditions determined by a new award or improvement to the current award and a new collective agreement. CRA’s position to offer individual contracts appears plausible at first glance.

That is to say, they argued that the company should have the right to offer such contracts and workers should be free to choose to accept them or to stay under the award. The unions, however, also have a point. This is that the company deliberately and unfairly tryied to “check” the rights of employees to a collective agreement.

The unions fiercely argued (and this is hard to assess without being directly involved) that the company unreasonably refused to pay workers performing comparable work the same or similar pay; thus it is alleged that the company was unfairly discriminating against such workers.

So it is true to say that this dispute is about freedom of choice. But the choice is a different one to that which the company likes to present in the media. The company has been offering an unfair choice between contracts and a less attractive award.

This is not to excuse the ACTU’s actions, however, in calling industrial disputes at ports around the country, affecting employers who have nothing to do with the CRA experience.

Further, the threat of stoppages reinforced the 1950s and ’60s stereotype of Australian industrial relations to the world – a stereotype which the ACTU itself has done so much to overturn in the past decade.

The tactic adopted by the company runs the risk of losing all of the gains CRA claims to have achieved over the past 18 months.

ln the past it has benefited from the weak union strategies and clumsy meddling by officials outside the mine sites.

But this time it appears that the unions have had right on their side. And anyone who knows anything about the Australian union movement knows that a combination of righteousness, a good cause and blood in the eyes is not good for any company.

Like most people who had something to do with organised labour in Australia, the erosion of union membership, relevance, and credibility in the mining industry, was one of the more surprising developments of the 1990s.

At the time I wrote this piece, I was commissioned through the law firm Corrs Chambers Westgarth by Swiss Alumina, the major shareholder in the bauxite mine at Nhulunbuy (Gove) to do a review of existing management. In contrast to the Weipa and CRA experience, the industrial relations environment was superb, the the union covering most employees, FIMEE (Federation of Industrial, Manufacturing and Engineering Employees, later merged into the Australian Workers Union) sensible, co-operative and enterprise-focused. Not that I got into the detail of all that. The company said the union had co-operated on achieving all the flexibility they wanted.

In this article I wanted to suggest to readers that CRA (now merged into Rio Tinto) was not as pure as they wanted to portray themselves, as well as suggesting there were some approaches, not yet taken, by the unions that might deal themselves back into the game.

Easier said than done, I came to realise.