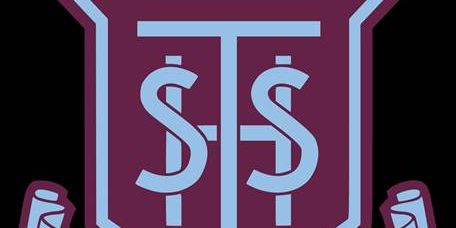 At my university graduation at Kensington in 1976, I wondered who the hell was the apparently famous, but then unknown to me, spot-lighted old guy rambling-on in such a soft voice. I cannot remember a word Douglas Stewart said. There is no fire on the snow memory.  Concentration was entirely focused on avoiding looking ridiculous – such as tripping over – when the ceremony eventually called me to the stage.

And now a similar event is happening to you!

So please settle back, relax, and persevere. It will soon be over. I promise.

What I want to say today are three things.

A few slogans I live by:

Do not be afraid to change direction.

You are only in a rut if you let yourself be there.

Be amazed by life, it is meant to be lived with passion.

Courage of the small ‘c’ kind.

I have fond memories of the school, which I first attended in Fifth Form, Year 11 in modern-speak. I was only here for two years, 1971 and 1972.

A death in the family led here. In the year the first man landed on the moon, 1969, for me the more significant event was that my nana died when I was still at Marist Brothers Penshurst. The school finished at Year 10 anyway. So, you had to go elsewhere – Marist Brothers Kogarah or a state school. My grandmother, however, would not have approved of any of her grandkids going to a Protestant school, which is how she saw the state system. But my parents, who both left school at age 14, felt I had enough of a Catholic education and here was an opportunity to save some money by sending my twin, Shane, and me here.

Before our School Certificate, Brother Anthony warned us not to write JMJ (the abbreviation for Jesus Mary & Joseph) on the top of each page of our examination papers in case a Mason marked the papers.  At school we were required to do that on each page. In walking through the school gates at Bexley, I thought I better forget about JMJ here too. School memories are pretty personal: Lyall Cawsey, the English teacher, an ex-brickie’s labourer who put himself through university part-time;1 Mr Booth, the driven, enthusiastic science master; playing 500 – the card game – at lunch time; one would-be prefect refusing to get a haircut (hair below the ears) and Mr Steele saying he would not be allowed to disgrace the school any longer: He would not be allowed to wear the prefect badge; on the way to Hurstville station, rowdy scenes, lord of the flies treatment of the bus driver; selective school “techies” looking down on the Hurstville High mob; filling an extra team for Tempe High in inter-school cricket competitions (how I got into the “Second” First Grade team); getting bowled early every time in school cricket (I ended up being twelfth man and scorekeeper); Mr Fogarty flogging flagging interest in mathematics; and a truly inspiring geography teacher, Mr Cook, who introduced us to the thinking of sociologist Max Weber. Years later I met that teacher in the Caringbah branch of the ALP.

The school was not multi-cultural by today’s standards – a few each of Greek, Dutch, German, and Chinese kids was barely a harbinger of things to come. In 2F Maths classes, I sat next to André Benaroy, of Sephardic origin, whose family had been expelled from Morocco in 1962. He wore the kippah on high holy days and I learnt a little from him about Jewish culture. He died in an accident working on the train lines near Eveleigh, earning money before university.

Politics and music were big interests.

Humming ‘Wild World’ from Cat Steven’s Tea for the Tillerman.  In my final year, big hits were Don McLean’s ‘American Pie’, Roberta Flack’s ‘The First Time Ever I Saw Your Face’, and Billy Thorpe & The Aztecs’ ‘Most People I Know (Think That I’m Crazy)’.

But I was more of a jazz man. Like Romanians furtively listening to the BBC world service late at night during the Cold War, after 10.00pm on AM frequency 702, there was jazz. I had to keep the sound low in case mum wanted to know: “why aren’t you asleep!!”

Preparing for my HSC, one day I played hookey, flicking the dial and listening to Bob Rogers on 2UE introducing Sarah Vaughan’s version of ‘Rainy Days and Mondays’. There and then, on the spot, I made one of the major existential choices of the jazz world: ‘Sarah or Ella?’ – as in Ella Fitzgerald.  Sarah got my pick – a choice I have defended ever since.

Gough Whitlam was the electrifyingly interesting Leader of the Opposition, elected Prime Minister right after our HSC. I got seriously interested in politics.  Nixon versus McGovern for President in 1972.  I rang the Rev. Roger Bush2 on radio 2GB saying it was a tragedy for America. I got cut off. Lewis Patrick, in my year, the next day asked: “was that you on the radio?” (As much as I then disliked Nixon, I now wonder how bad might have been a McGovern Presidency).

(Whatever the wrongs of individuals you hear about today, I will always say that unions exist to help the less well off, to civilise capitalism).

In the last twenty years I have been in business.

Our school captain David Coe, brilliant at mathematics and German, the son of a local tradesman and housewife, went on to be the founder of Allco and one of the richest men in Australia. Sadly, I wrote an obituary to him in the Sydney Morning Herald in January last year. Guy Yeomans became a Liberal State MP for Hurstville for a few terms. He is now a Baptist Minister on the north shore. The Head of the College of Law, Lewis Patrick, was dux of my year. Glenn Leembruggen’s dad, Roy, designed Sydney’s double-decker electric trains. We had a thirty-years’ reunion in 2002.  There were the usual mix of high achieving professionals, businessmen, and one lone, ex-union official.

That was me! My life course went from an Arts degree, writing a thesis on Karl Popper, the philosopher of science; joining the union movement; fighting the Liberals and communism and the far left; battling for improvements in wages and working conditions for working people; a failed attempt to enter politics, and then from 1994, becoming a company director and founding a business in property funds management that has grown to over a billion in assets under management.

The school decisively influenced me in five ways.

First, I got to university. At the time if you did not have money to pay the fees up front and you failed to win a Commonwealth Scholarship, you could not get in. The excellence of this school’s teaching enabled me to get the scholarship (my first year at university was the last year before university fees were abolished) & enrol in anything I liked.

Second, though this was really because of the Wyndham Scheme, the system of education in NSW introduced in 1962 emphasised Mathematics, Science and English as core parts of the curriculum. This limited my choices for other subjects, unlike today. There was no escape from the ‘hard’ subjects. In business, years later, understanding mathematics was an essential foundation.

Third, in between the finish of our HSC exams and the official end-of-the year celebrations, the teachers strained to keep us occupied. One week we did a speed-reading course. I remember it being held in this Auditorium. My comprehension dropped dramatically – at first – as I learnt to take in a whole sentence, rather than a word at a time, and as I developed an emerging capacity to efficiently scan a page. This proved to be immensely helpful in later years in skimming Board papers and being able to hone on what might be important. Life is so often about discarding useless information and knowing what to concentrate on.

Fourth, I developed a love for literature. A poem of mine, ‘The Palaver Pasture’, won the school literary prize.  I wonder if there were any other entries that year! Despite his dislike of the school at the time, Clive James is the greatest literary voice ever to have emerged from here. We really should have a Clive James prize for literary merit.

Fifth, I was given careers advice to do Applied Science or Science/Law. The person who interviewed each of us at school, I am pretty sure, came from Department headquarters in Sydney; those were the days before schools each had their own careers advisers. Whatever I sought to study, she advised, I should do so at her alma mater, UNSW. I was told: “The teaching was so much better there.” In law, they were more inclined to constantly assess you, rather than as at Sydney, subjecting you to exams where everything very well turned on that. Besides I was informed, I would be able to get out at Kensington rail station. The Eastern suburbs railway was due to open a station there in 1974, she explained. It is still to be built!

Years later, when I served on the Board of the State Rail Authority (from 1989 to 1992), I cautiously asked if there were any plans…

Finally, you are never too old to pick up a book, learn something new, study again. To think otherwise is to give up on living an interesting life.

Your life will be full of surprising directions, nudged and inspired by the people you meet, by what you learn and the passion and beliefs that drive you. What I meant earlier by small ‘c’ courage, is the myriad of daily actions that make you a better person.

“Manners Maketh Man”, the phrase coined by William of Wykeham that serves as Sydney Tech’s motto (and that of the elite private boys’ school in the UK, Winchester College), conveys something more than an excessive respect for convention and conventionality. I thought forty-four years ago when I first came here that the phrase was a bit fuddy duddy. But I get it now. Because the expression is a call to action and acknowledges that by civility and charity society is saved from falling into savagery. I believe thinkers as diverse as Edmund Burke and George Orwell could agree on that. That is something that as a teenager I could not possibly understand. Something now appreciated.

Thanks for inviting me. Congratulations to all prize recipients. Relax. This speech is over!

STHS was one of the seven foundation selective schools of Sydney’s state education system. I am glad I was schooled there for a few years.3

The articulate confidence of the school kids that day was inspiring. With each school cohort, five representatives from each year would announce the prize-winners, called on stage to receive a certificate or small trophy. Over 80% of the recipients were from Asian backgrounds. One Eurasian student from Year 11 hammed it up, in a da-dat-da-dah staccato voice, as if he was compering the Academy Awards. He proudly announced: “For academic excellence in Year 11”, then pausing for dramatic effect, then winkingly confessing to the audience, “I am really sorry if I mispronounce the name”, “for overall academic excellence in Year 11, Thomas –” hesitating as if to mouth the unfamiliar, “Thomas… Riley?” Then, as no one came to the stage: “Oh. Actually. That’s me!” – a very Australian joke.  [I changed the name in the telling of the story.]

3 When in 2014 for the first time I scrolled over the contents of the 1973 edition of the school magazine, https://sydneytech-h.schools.nsw.gov.au/publications—sths-journal-archives.html, the report on Higher School Certificate results scored my English result inaccurately; I got a First Level.