You are here:
Reports to government 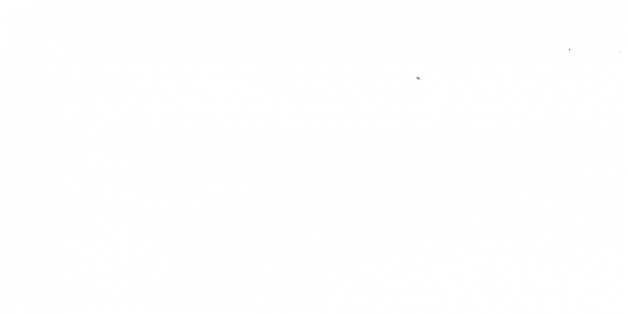 Report commissioned by the ACT government; see Appendices A & B for more details on the project.

From an economic development view, the ACT has marked strengths in a highly educated labour force, government purchasing volume and the region’s quality of life. Its perceived drawbacks, however, relate to its relatively small non-government economy, distance from major markets and relatively uncompetitive business costs. With respect to potential competition, both Adelaide and Auckland, for example, offer lower costs to business. Unfortunately the ACT is not on the radar screen for many companies contemplating location in Australia or relocation or expansion within Australia.

The 1996-97 Federal Budget was a policy shock for the ACT, resulting in an estimated loss of 3,500 public service jobs in Canberra. While the ACT may be isolated from further cutbacks, it is striving to regain these lost jobs and return its economy to post shock growth levels.

Options include attracting new businesses for private sector investment and growth to redress the public/private sector mix, and limit the shock of any further reductions in the public sector.

This Scoping Study advocates that the broad strategy should recognise the intense competition for business investment from overseas and other Australian locations. Thus, it should be targeted at building on the ACT’s strengths, especially the potential to develop as an IT & T and services export centre and as operating as a complementary location to Sydney, for example, for “back office” services.

Support for existing businesses, small/medium enterprises and business migrants are other sources of potential private sector growth, as is the involvement of the ACT’s universities, the Defence Academy and the Institute of Technology.

Such business activities should be encouraged by a continued emphasis in cutting “red tape” establishment of a “one stop shop” for investors and improved industrial relations. Also, the ACT should work with the Federal government to maximise the opportunities for businesses which might arise from the anticipated availability of government office space.

Moreover, the ACT government and Legislative Assembly should take advantage of their being the sole decision makers for this City/State by providing an environment which encourages business.

The ACT should ensure that, its taxes on business are the most competitive in Australia. Significant attention needs to be given to ensuring the rhetoric matches reality. This could include the elimination or reduction of its taxes on its core and targeted business sectors or across all sectors in order to highlight the ACT’s general attractiveness as a business location.

The ACT Chief Minister and other ACT community leaders should actively promote the ACT as a place to invest and develop. This requires promotion of the ACT in the states and internationally, including buildings on the Australian Capital Region approach.

Likewise, the ACT should build on its unique access to foreign missions located in Canberra and organisations such as BASAT should determine what opportunities exist for increasing exports or investment through contact with these missions. Overseas alumni of the ACT’s institutions and the Sister City program offer further routes for the communication of the ACT’s advantages.

The ACT should focus on the improvement and promotion of its transport infrastructure to other locations, particularly Sydney. Plans for road, rail and airport improvements, including the Very Fast Train “VFT” should be supported.

Further assistance should be sought from the Federal government to assist in the transition to a more dynamic, private sector oriented economy. For example the anticipated vacancies in Commonwealth office space and associated reduction in office costs in the ACT are actually opportunities to attract private sector businesses to the Territory.

The business migration program should be harnessed in order to attract high net worth individuals to Canberra. In addition, the Regional Sponsored Migration Scheme should be utilised to attract skilled migrants to the ACT.  Such migrants should be encouraged to invest in infrastructure and businesses in the ACT.  At a minimum, business migrants – backed up by ACT government promotion – could add annually tens of millions of dollars to the local economy.

With respect to ACT government owned assets, a judgment is required as to what significant, if any, infrastructure projects should be supported to assist the ACT economy and the extent of government support for ensuring a particular project is realised.

For reasons briefly outlined in the report, it is proposed that the ACT government consider wholly or partially selling its interest in ACTEW (though no financial analysis has been attempted in this study) with the proceeds used to (a) retire public sector debt and (b) provide part funding for private sector associated infrastructure projects (c) support the growth of new or existing businesses. In putting forward this proposal it is accepted that many infrastructure projects require significant community service obligation support for their viability.

Generally, the cost of such support, incentives and improvements could be met from the establishment of a business development fund, broadening or shifting the tax base and seeking support from the Federal government. In addition, the ACT should evaluate its existing assets, including the ACTEW, to determine what funds could be made available through possible full or partial privatization.

A number of other specific recommendations are proposed in the report to encourage new and existing business activity in the ACT. The aim is not about government picking winners. Rather, government can facilitate the winners picking the ACT.

(1992) Review and Recommendations in Relation to the Role and Function of Corrective Services Industries
August 24, 1992
Search
Categories
Go to Top