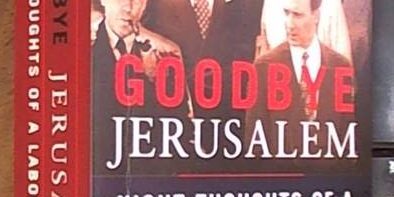 This rambling, indiscrete, self-centred, intermittently hilarious and frequently tedious, 600 plus page book lives up to its sub-title: ‘Night Thoughts of a Labor Outsider’. This is so in two respects. Much of the turgid prose appears, in the colourful phrase of the author, ‘methylated’. Presumably that’s a state of mind more regularly achieved around midnight than during the day. Second, only a true outsider could write the romantic nonsense that pads this book.

Ellis currently works for the Premier of NSW and the Federal Leader of the Opposition, Kim Beazley, and previously worked with other Labor figures over the years. He has been a prolific author and, famously, the originator of and script writer for the ‘True Believers’ ABC television series. Surprisingly, we learn in several parts of the book that he has refused to watch this program as he quarrelled with the producers over their choice of leading actors and some changes to the script. In 1994 Ellis was popularly exalted as the independent candidate against Bronwyn Bishop in the Sydney electorate of MacKellar.

But he does not shine here. Unfortunately this book is far too long, idiosyncratic, too repetitive and too self-consciously arty.  It is divided into eight sections and 46 chapters, not all of which connect with one another.

In the promotion of this now to be pulped book, Ellis has posed for photographers as an innocent, a Leunig-like cartoon character. Perhaps this was a mask assumed in the vain hope of warding off libel suits. Vain, because there are many passages conveying private thoughts uttered to Ellis on the understanding they would never be shared with the public. But then, albeit briefly, before the book was withdrawn from the shelves, the confidential blazed in print.  As a result, Ellis will be treated as even more of an outsider than he was before.

Ellis sometimes comes up with some good lines. In one section, written on a certain Friday at midnight, he states “John Howard’s own aeroplane was struck by lightning last week, he ended a bad week for him, and turned back to Canberra and landed. He was quickly put on another plane and Bronwyn Bishop put on the plane that was damaged. It is not known if she struggled. This plane then took off in a deepening storm. One could come close to liking a man who thought of that. I know he was grateful for what I did to her. I shall no doubt get my rewards in the next world where things really matter.” His description of Downer is hard to beat: “the great thing about him is that he’s all of the piece, and so recognisable – the actor-manager in a travelling North-of-England amateur production of Charley’s Aunt, the deferential bar man at the TV Great Escape, the brother-in-law you endure over dinner who’s never worked a day in his life and gets whoopsy after a couple of glasses of wine, a personality somewhere between Gordon Chater and a pan-fried pizza. It is to such men that we have given the country, and they will not easily give it back.”

He captures the melancholy recognition of the absurdities of politics by the Premier of NSW: “Carr explained to Lizzie how vulgar and raucous the State House was and gave a fair sketch of the proceedings – ‘boo, rubbish’, ‘go bag your head’. He was now being held responsible, he complained, for the many stabbings and shootings in the past day and night (the severest climaxes of lifetimes under lesser state governments over many years) and was aggravated at the only real response, ‘these things happen’, was rhetorically inadmissible.”

Occasionally there is a glimpse of poetic insight and black humour about the situations and people he writes about. His tribute to Carr is an example:  “… in a world of blokes and football jocks and hard-drinking he-men’s men with brains like burnt rissoles dipped in Fosters and paunches hanging over their shorts, he proved that the mind, the mind has mountains that the voters do not mind ascending at his side, that the brain is an erogenous zone, and it can be tickled, even in a populist campaign…” This might be poetry, but it is not politics – as is conveyed elsewhere in his brutal descriptions of the crudities of state politics.

His reflections on the MacKellar campaign are both pompous and sometimes bulls-eye scoring. He recognises, even here, the luck of the final result and the media interpretation. He suggests that there wasn’t much of a swing but because of his exaggerated claim that there was a significant two-party swing immediately after the result, this was believed by an eager media wanting to cut down Bronwyn Bishop.

Sometimes it appears that Ellis has never recovered from hearing the witty bon mot of Oscar Wilde: “If a thing is worth doing it is worth overdoing”. Hence the book is larded with quotes from his writings including The Hewson Tapes, sections from the True Believers series and from other works. It is overdone. There are also loads of quotes from favourite authors, including W.B. Yeats, Shakespeare, Les Murray, John Bunyan, and so on, sometimes apt and sometimes just there, like pearls in the mud.

The pity is that with a good editor Ellis may not only have avoided the libel sanctions that have now fallen on his head. He might have also have written a great book.