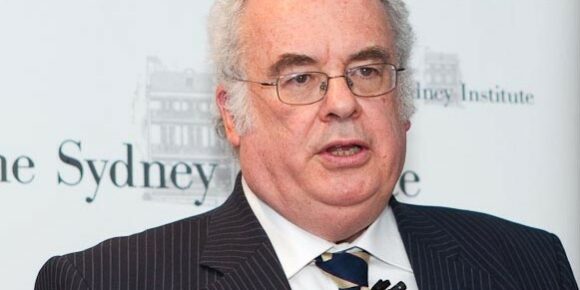 All parties exist to win. I felt from the beginning of the campaign that there was no great mood for change, despite the shambles of the last three years. I expected, though, at the start that we would narrowly win because of the mess the government was in, not due to us. Like most Labor supporters, I was hopeful but only nervously so. But I told my work colleagues that I thought it would be close with maybe five seats between the parties. Hence I thought the worst might be on the cards. So I was not gobsmacked surprised at the result.

Your philippics, however, buoyed me into thinking there might be victory ahead.

There are about 160 people who I work with, so don’t draw any conclusions from this: But one of the guys in my office (who is very active in the Libs.) was going to hand out for Abbott (though he is not personally on the Right). He told me a fortnight before the election that they were braced for a loss in Warringah but the Liberals were quietly hopeful/confident overall. Gilmore would be an own goal, but Wentworth was going well. The feedback on the ground in all other seats in NSW was positive. And they were raking in donations locally. He and the Liberal Party organisation were surprised and contemplated that a Keating-like upset could be possible.

One of my sisters, Maree, is in the party in Lindsay. She thought we would lose there. She is not a Husar supporter. She thought Labor was not appealing to aspirational tradies and others. The old canard, “we don’t want to be taken for granted”, was biting.

A few weekends before the poll, in Queensland at a wedding, I kept hearing that Labor would lose Herbert and maybe pick up nothing else. This also was the message from local Labor and conservative wiseheads.

Winning five again in Tassie looked a tall order. Then one of their candidates imploded. So hope returned.

It was sounding like everything turned on Victoria and picking up scraps here and there in other States.

I think Bowen’s tax changes – over due and appropriate as they might be – frightened parts of the middle class. More feared they would be caught in the net than those who might be hurt. But the impact of proposed big tax changes was insidious and actually galvanised disillusioned Liberals to fight hard for self-interest. The Libs played a smart game and Labor grew complacent. Tanya Plibersek said a few days after the election that we needed more time to sell our policies and conceded they were complicated. Did we really think that at the time? If so, heaven help us.

I think our economic reform credentials were badly damaged by the politics of envy. That’s where Labor lost it. Instead of stressing the positives of the reforms – the proposed negative gearing changes were, for example, designed to encourage new investment, Labor was getting cornered in the political fight as a high-taxing killer of initiative.

A year ago, I know from talking to traditional supporters, the class warfare talk unsettled people. This was a sub-theme of what Labor was saying for a year. The presentation of good economic policy gets distorted through such lens; it meant that Labor was not going over well. When the Keating-est line was used by Bowen, in referring to retirees: “If they feel that this is something that should impact on their vote they are, of course, perfectly entitled to vote against us”, sufficient numbers of the public responded to the dare.

Labor became a big target with some of the various detailed policies on tax and economic reform. Because of the indulgent rhetoric, the earlier “us and them” stuff, the changes were seen as stifling to savers and investors. I personally heard at one forum Bowen persuasively argue for the franking credit changes and other reforms. But there was not enough addressing head-on the doubts whipped up by opponents. Unfortunately, on this issue, Shorten never sounded persuasive in advocacy or rebuttal. (Though, I should mention, that I personally thought that if he did make it to the Lodge, he would have made a fine Prime Minister. His concession speech showed grace, warmth, and intelligence. Where was the real Bill Shorten hiding?)

Generally, our policy formulation elsewhere was a mixed bag. Laziness and sloganeering prevailed. Some were incoherent and political – our immigration reforms were that. As a country, for 15 years, we have shifted immigration to skills and needs, rather than parents’ visas.

Conventional wisdom in the aftermath is that the era of small target politics is about to return. But I fear for the consequence, long term. Public policy formation and Australia will be the poorer. We need the major parties to address and tackle overdue reform – rather than defer and obfuscate.

The Libs now have to balance the budget. They will prove vulnerable if their spending initiatives and tax cuts imperil the projected Budget surpluses. Bowen is the guy to prosecute any drift from fiscal discipline with ruthless conviction. So there are grounds for Labor to be positive ahead. Indeed, both in the Rudd/Gillard/Rudd era and now, Bowen is the policy wonk we need.  And he is reassuring to everyone.

On the positive side, Labor is seen as the party of climate change and appeals to the young. These are big factors as to why the election was only narrowly lost. But elections in Australia are usually close run affairs. And this time the government improved its position.

Some positives are also negatives. The mining communities, which once built the Labor party now think we are hostile. Neville Wran had three great sayings for the art of politics. To paraphrase: “If you can’t ride two horses at once, you don’t deserve to be in the circus”; “when you are totally and utterly bored with the message you are repeating day-in and day-out, only then might the public be just registering what you are saying”; and “I’ll tell you one thing about the working class, son. They all want to get out of it.” We didn’t sound authentic to aspirational voters, we forgot to emphasise again and again the positives of Labor’s economic reforms; the ”big end of town” and working class rhetoric never resonated. Labor appeals when it is perceived to respect its base and is able to persuasively sell its case to a disparate electorate. A majority needs to believe that Labor is “one of us” and “on our side” and will grow the economic cake, not just wield the knife in cutting up the slices.

Before finishing, there are three observations worth mentioning on campaign complications: GetUp was a hindrance to Labor winning; the independent union “fairness” campaign was confusing; and the lack of focus on postal votes meant really tight contests would be lost.

GetUp’s biggest success was in Liberal seats. Last year they defeated a very good Liberal, Dave Sharma, in the Wentworth by-election, capitalising on resentment at Turnbull’s political execution. This time they did well to come close again. In Warringah the defeat of Tony Abbott was a coup de grâce. GetUp effectively enabled the election of a pro-climate change independent who is likely to now be tempted by moderate Liberals and her own instinct for survival to join the Liberal party.

In contrast, elsewhere – particularly in Queensland – GetUp badly hurt Labor. There, they were easily dismissed as sneering Melbourne-types invading Queensland to tell them how stupid they were.

The unions’ third party campaign on polling stations had zero positive impact. I am sure the unions ran effective localised workplace campaigns and they are superior to Labor’s efforts in social media. At a pre-polling booth in Reid, I saw Labor how-to-votes being handed out with someone from the unions thrusting a leaflet in my hand, which called for fairness. This was $18m mostly wasted. This competition at polling stations for leaflets must have confused people. And it duplicated some resources that could have been better deployed elsewhere. I thought the unions invented the Labor Party. It seems odd that now they seem too shy to directly advocate for it.

Party organisation is sadly woeful. The day before polling day, the Australian Electoral Commission published details on the delivery of postal votes by political parties to their office. (See the story in The Australian on May 17th.) We got smashed. Labor did comparatively well in Victoria but poorly in NSW and Queensland. For example, in Lindsay, Labor returned 120 postal votes compared to 2211 via the Liberals; Reid it was 212 to 1416; in Dutton’s seat of Dickson, 752 Labor to 5,192 Liberal; in Christian Porter’s seat, Pearce, 71 to 3,487 for the Liberals. When I saw that, my hopes evaporated. I gather that in NSW the party office decided some years ago not to waste too much effort anymore on postal vote garnering. There is a big contrast between the drive the Victorian ALP puts into this area of campaigning compared to the party everywhere else.

And now a point that might be aggravating to some, but it needs to be said.We do not relate well anymore to people of religious conviction. I find them simple minded sometimes, but evangelicals are a growing portion of the electorate. Rudd did appeal to them and as John Black’s analysis back then showed, we got an extra boost from sections from that constituency. Nowhere near a majority, but every bit counts.

The death of the socially conservative Catholic types within the ALP signifies a societal trend and a loss to our character. If we do not broaden our current appeal we lose. We need every soul we can get.

The party needs to examine what went wrong overall. If the conclusion is merely “the problem was Bill” then we are kidding ourselves. The problem is the smug, narrowly focused modern ALP. No one does seriously policy work, with few exceptions (like Bowen).

With the wrong leader, our problems become worse. Australia is a really conservative electorate. They do not instinctively trust us. Comrade, we sometimes allow ourselves to appear as if we do not trust or like them either, if truth be told.

Labor only wins when we build a strong coalition and when our focus is not just on ourselves. At its best, the Labor party is about civilising capitalism, and not about threatening enterprise. The mixed messages killed us this time. Policy innovation was doomed with perceptions about the politics of resentment. People who wanted to vote for us thought the risk too great.

Whoever is elected as the new Labor Leader needs to be part of the process of improving how our party can position itself to win. It might seem we have a choice in the next three years between being culturally comfortable, emphasising fairness. Or, given that we have to win on the economy, picking our best talent to sell the message on reform with aspirational voters front of mind. Of course we need to do both.

I fear that we might choose a loveable romantic over a person better positioned on policy and economic zeal. I say that with zero animosity to anyone. Leadership, however, can be transformative. It might be if the right lessons are heeded.