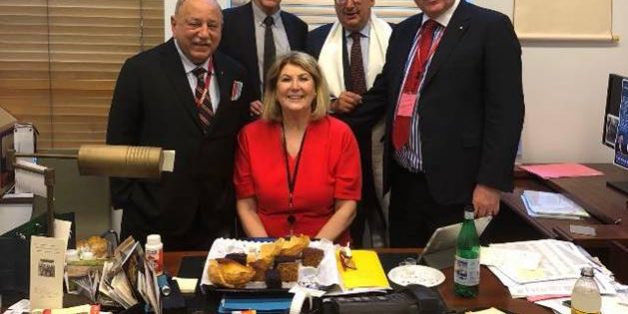 Notes of a speech to the Labor Israel Action Committee on 22 August 2019 at Canopy Bar, The Sheaf Hotel, Double Bay in NSW.

Welcome to the Canopy Bar celebration. The back bar, front bar, and middle bar tributes are awaiting scheduling.

I first met Michael Danby 42 years ago in the Trades Hall pub on the eve of a Young Labor conference. He was boisterous, opinionated, excited, and interesting.

A bit more left-wing than I was back then. We all move at difference paces towards the light.

I congratulate on him catching up. And surpassing me! Talk about the tortoise and the hare.

Michael educated me. He educated himself. He educated us all. More than that, Michael inspired us. His hurried scribbles, clippings, photocopies, and roneoed material, stuffed into envelopes, guided us.

I learnt about the writings of Frank Knopfelmacher, about the Soviet Union’s persecution of Jews, of US intellectual magazines, The New Atlantic, The New Republic, Midstream, Dissent, Commentary – and Woody Allen’s joke that if the last two merged they would be renamed Dissentary!

Michael was a warrior – in student politics, in the Labor party, in the broad campaign to ward off anti-Semitism. At uni, I would get his bulletins The Real AUS and then the Australia-Israel Review under the editorship of Sam Lipski.

When he became an MP those thick bundles continued to be sent – copied articles from disparate magazines, newspapers, Hansard, his own provocative jottings sometimes scrawled over what he sent.

There was no escape from Danby’s one-man dynamo, indefatigable energizer-man performance, powered by fury.

There was not a vote in complaining, loudly, intelligently, rigorously, about human rights in North Korea, or the (until recently) forgotten Uyghur minority in China.

There might have been a few votes in Richard Gere-like vegetarians cheering the Dalai Lama and Michael’s defence of human rights in Tibet. Michael was not looking for votes. He was looking for the right thing to do. His criticisms of the treatment of minorities in Iran – and of the Rohingya in Burma are other instances of Danby’s human rights antenna tuning- on instances of injustice.

Michael loved and also focused on his electorate – on bread and butter issues of bus schedules and car races and privacy, NBN connections, JobStart, and pension assistance. Every MP worth their salt is a social worker connected at the most basic level with their constituents.

The seat could easily have turned Liberal but for Danby’s personal following.

Opponents would sneer that Michael was the member for Haifa Ports, not Melbourne Ports, his electorate, as if his commitment to Israel over-shadowed everything else.

Not true. But as the son and descendent of Holocaust survivors and those who perished in the Shoah, Michael, no apology is needed.

What every Danby critic and every supporter of ‘going quiet’ on China would like to see is Danby slinking into silent retirement. Not a chance.

I think there’s one role he would be perfect for: Ambassador to NATO

If ever Michael’s “diplomatic skills” are needed, it is there!

A toast to future Ambassador Danby!