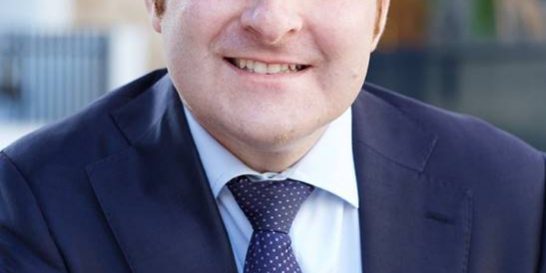 Born on 25 May 1982 to parents Richard and Margaret, whose own parents had escaped the Holocaust through migration from Poland and Germany, Jeremy grew up in the eastern suburbs, attending Woollahra Primary, then the Emanuel School, then the University of NSW where an early interest in politics and history was fine tuned. Precocious, jokey, sporty, Jeremy lived a balanced life – music, cricket, swimming, thinking; there was always something on the go.

His love of American political history led to a semester at Georgetown in Washington DC, and a first class honours degree in politics. Study led to curiosity and a keen interest in political involvement – including staff roles with NSW Treasurer Michael Costa and a brief stint as an intern at the office of Senator Tom Daschle, the then US Senate Democratic Majority Leader and as a volunteer on US Senator John Kerry’s campaign for President in 2004. He moved into business, initially with EG Property, his own business and, from 2015, the Baiada Group – who were so supportive in the last pain-wracked year of his life.

Jeremy believed younger people should get involved in his community, winning in his early twenties election to the NSW Jewish Board of Deputies (JBD), later becoming vice president and then, in 2014, the youngest ever president.

Through charm, razor attuned focus, wide reading and learning and an appreciation of threats as well as, importantly, coalition building, Jeremy built bridges, never afraid to cross to new friends, seeking to understand and truly engage.

In NSW, along with the late Andrew Casey, he played a formative role in encouraging annual Shabbat dinners with the unions under the aegis of Unions NSW. He always wanted to understand potential friends (and enemies) and try areas of meaningful engagement and cooperation.

He played a vital role in persuading the Liberal government and Labor Opposition to support amendments to the NSW legislation to declare the crime of incitement to racial discrimination. This had significance not just to his own community but to all threatened and besmirched minorities.

“All politics is local”, as former US Speaker Tip O’Neill once said. Jeremy knew that if you cannot relate to your audience, see their points of interest, then there is zero chance of making an impact.

Impact he had, across the spectrum. His self-deprecating humour, whimsy, winking plays at absurdity, made him an effective leader. How could you not like him?

Jeremy told friends of a call one day as he was driving across the Harbour Bridge, when the love of his life, Rhiannon, announced her embrace of Judaism. “Given all your people have been through,” she declared it would be wrong to contemplate his Jewish identity ending with him. She would convert, no matter what. He wept with those words.

Marriage and great happiness followed, then pregnancy, complicated and fraught with medical issues. Rhi was hospitalised, the twins born early, initially on life support. Rhi quipped that “after all I’ve been through, they better not marry out!”

And then Jeremy started to feel ill, his immune system failing.
Hospitalisation at St Vincent’s followed. And then horror of horrors was discovered: cancer. A six-hour operation followed, scraping away from the heart infected tissue. He encouraged friends to discount the terrible things that might happen. He stepped down from formal Jewish communal activities.

As life was slipping we swapped thoughts, on friends, politics, business, religion, the “why me?” conundrum, regret for his family. I felt the presence of an optimistic, determined, and courageous man. He kept thinking of the future, refusing too much to dwell on the devastating enormity of his burden. If the chemo worked, there lay ahead the prospect of a heart transplant. We chatted about the need for historian Robert Caro to complete the final volume of his President Johnson biography as an aid to recuperation.

A ceremony on 21 August heard from the Premier and Opposition Leader; on a night of amazing speeches, the best was his – a blend of bravery, encouragement, thanks, respect to great traditions, celebration of recent achievement, optimism about the future, not the least of which his own.  Some had asked how could they assist. Jeremy responded: “If you really want to know, at all times, no matter what happens, when you bump into my children, Grace and Michael, in the future, bore them with your recollections of me and bore them with stories of just how fantastic I was. Tell them your memories.”

In early September he cautiously hoped the cancer had stabilised, but it was a lull before the remorseless aggression of his illness.

In October, with the latest chemo and hospitalisation ahead at Royal Prince Alfred, he hoped for strength and a spell in Noosa and sunshine. A few weeks later at 2:15am on November 15, he was dead.

At the packed service at Emanuel Synagogue on 18 November so many spoke afterwards about how they were impacted. Particularly after Rabbi Jeffrey Kamins, who married Rhi and Jeremy only in May 2015, gave the eulogy of his life.

His name will be remembered with honour – a brilliant young man not given enough time. Jeremy touched the lives of many people, in business, politics, his beloved Australian Jewish community. He is survived by his wife Rhiannon, their twins born on 14 October 2017, his parents, parents-in-law Sophia and Richard West, brother Jason, sister Jenny, and their partners and children.

When this was published, Jeremy’s brother Jason wrote:

Just wanted to thank you for your beautiful  obituary for Jeremy.   You readily encapsulated the main themes of his life in a heartfelt and succinct way.I am up in Byron Bay (Bangalow) with my parents and I have to say say it feels surreal to go to the local cafe, pick up the paper and read his obituary. He should be with us.Thank you again for all your support, your friendship and mentorship of Jez. We will never forget it.

In the Australia Day 2020 Honours, Jeremy was post-humously awarded with a Member of the Order of Australia (AM).

A cousin, Mitzi Goldman, hopes to release a documentary on “Jez” later this year.