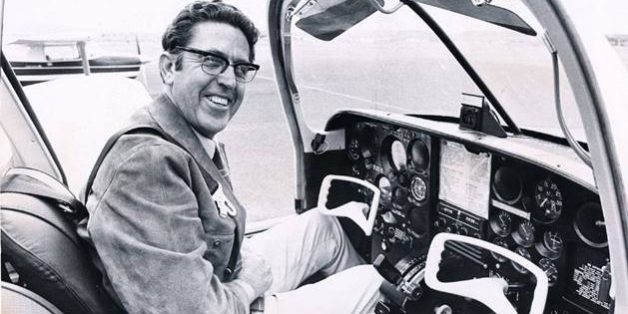 Kep Enderby, QC, barrister, civil libertarian, politician and judge, is best known for his role as federal Attorney-General in 1975, advising the prime minister Gough Whitlam at the time of the Dismissal.

After succeeding Lionel Murphy as Attorney-General in early 1975, Enderby was in the vortex of giving advice on the constitutional issues associated with Supply and the roles and powers of the Governor-General. He had a good working relationship with Whitlam.

His role, however, was not as significant as his office might have merited. With the Solicitor General, Maurice Byers, Enderby drafted opinions for the Governor General Sir John Kerr, including analysis of the discretionary powers of the head of state. A question he contemplated after the sacking of Whitlam was whether events and “what could go wrong?” questions could have been better anticipated. It may be that no other Labor Attorney General would have done any different at the time.

For the key constitutional failure of 1975 was not the question of the reserve powers of the Governor General, but rather the character of the office holder and his duty to warn and counsel the Prime Minister of the day.

Keppel Earl Enderby was born in Dubbo on June 25, 1926, the son of milk bar proprietors. He was educated at Dubbo High, dropped out, returned to school, earning money as an ice-cream salesman (in the theatre, next door to the family business). After war service with the RAAF from 1944 to 1945, he studied at the University of Sydney from 1946 to 1950, under the Commonwealth Reconstruction Training Scheme, a Chifley government initiative. Following admittance to the New South Wales bar in 1950, he saved £150 working for the NSW Housing Commission and spent half his earnings on the cheapest berth to England that he could find.

He worked for a stint as a barman, but got back into the law, also studying at the University of London. He returned to Australia and the NSW Bar in 1955. In London he married a woman whom he had known in Australia. Subsequently his marriage broke up and he was awarded custody of his two children.

Enderby moved to Canberra in 1962, where he lectured at the Australian National University and married Dorothy, a university librarian. He continued his legal practice, also buying a few dairy properties, Doona on 118 acres out on the Sutton Road and another, Adjinbilly, near Coolac. He became increasingly active in the ALP.

Active in the Left of the ALP, loyal to the sitting member who defeated a preselection challenge, he was elected a Labor Member of the House of Representatives for the ACT from 1970-1974 (initially through a by-election following the death of Jim Fraser), and for Canberra from 1974-1975. Enderby held four portfolios in the Whitlam governments.  He became a QC in 1973.

As Minister for Manufacturing Industry Enderby had to deal with the 25 per cent tariff cuts and the development of a Labor policy for assistance to the unemployed, including training initiatives. As Minister for the Territories, he fostered self-government and Senate representation for Canberra, several subjects he highlighted in his Maiden Speech in 1970. This speech was noteworthy for its uncustomary, scant comments on those locally and personally who had assisted his political elevation.  He delivered a careful lecture. Never an entirely natural politician, with time he relaxed more, becoming a more accomplished parliamentary performer.

In Canberra he campaigned for homosexual law reform, abortion rights and with fierce opposition to poker machines. His most important initiatives were in the law, assiduously working with Lionel Murphy on a host of legal reforms, including the Trade Practices Act, the Family Law Act and the introduction of legal aid.

Gifted, ebullient, imaginative, well dressed, with a razor sharp mind, gaunt face and beautiful speaking voice, Enderby cut a confident figure. He seemed assured of the supreme merit and justice of any opinion he formed. Having weighed the issues, reaching a conclusion, he was not for turning.

There was something of Voltaire in his elan, but also what Michael Oakeshott characterised as the rationalist fallacy. The latter being the belief that, based on facts and evidence, logical people would reach similar conclusions. The interpretive lens – ideology, religion, tradition – through which all actions are shaped seemed superfluous to this enlightenment man. Thus a lack of empathy sometimes caused him to under-estimate opponents and the viewpoints they articulated.

After losing his seat in the anti-Whitlam 1975 landslide, Enderby resettled in Sydney, occupying a grand home in Balmain overlooking the Parramatta River. After again practising at the NSW Bar, he was appointed a judge of the NSW Supreme Court, from 1982 to 1992. For a five-year term, he was appointed in 1997 head of the NSW Serious Offenders Review Council, during which time he said that up to 80 per cent of the nation’s prisoners should not be behind bars.

Besides the law and politics, Enderby had wide interests including aviation (he flew helicopters into his 60s) and golf. He was NSW Amateur Golf Champion in 1946 and played regularly, including in British championships. Golf was a result of caddying for his father, who took up the game on doctors’ orders.  At 14 Kep was Dubbo club champion.

In 1961, Enderby with Ken Buckley co-founded the NSW Council for Civil Liberties and, in the latter 1970s, he became active in the Society for Labor Lawyers.

A lifelong civil libertarian, he chanced with contradictions. His active role in the Australia-USSR Friendship Society is a case in point, though in his defence, his most active period, as national president from 1986, coincided with the Gorbachev era.

After learning Esperanto in 1987, Enderby was president of the Australian Esperanto Association from 1992 to 1997 and became prominent in various world bodies. In his later years he championed causes such as voluntary euthanasia and the freedom of WikiLeaks founder Julian Assange.

In a collection on the Whitlam government published last year, Enderby lamented the “…lack of purpose and integrity that the public sees on the part of present day politicians”. Such criticism could never be applied to his remarkable career and advocacy. Enderby was one of Australia’s most significant and interesting left liberal intellectuals, who was widely respected, despite disagreements, for the passion and honesty he brought to his convictions.

Kep Enderby is survived by Dorothy, son Keir and daughter Jo, and many grandchildren.

The then obituary editor of the Sydney Morning Herald, Harriet Veitch, asked me to write something on Enderby as, at the time of year, everyone she tried to reach was either immediately uncontactable or on holidays.  So she turned to me. I tried to write something interesting about someone I barely knew.