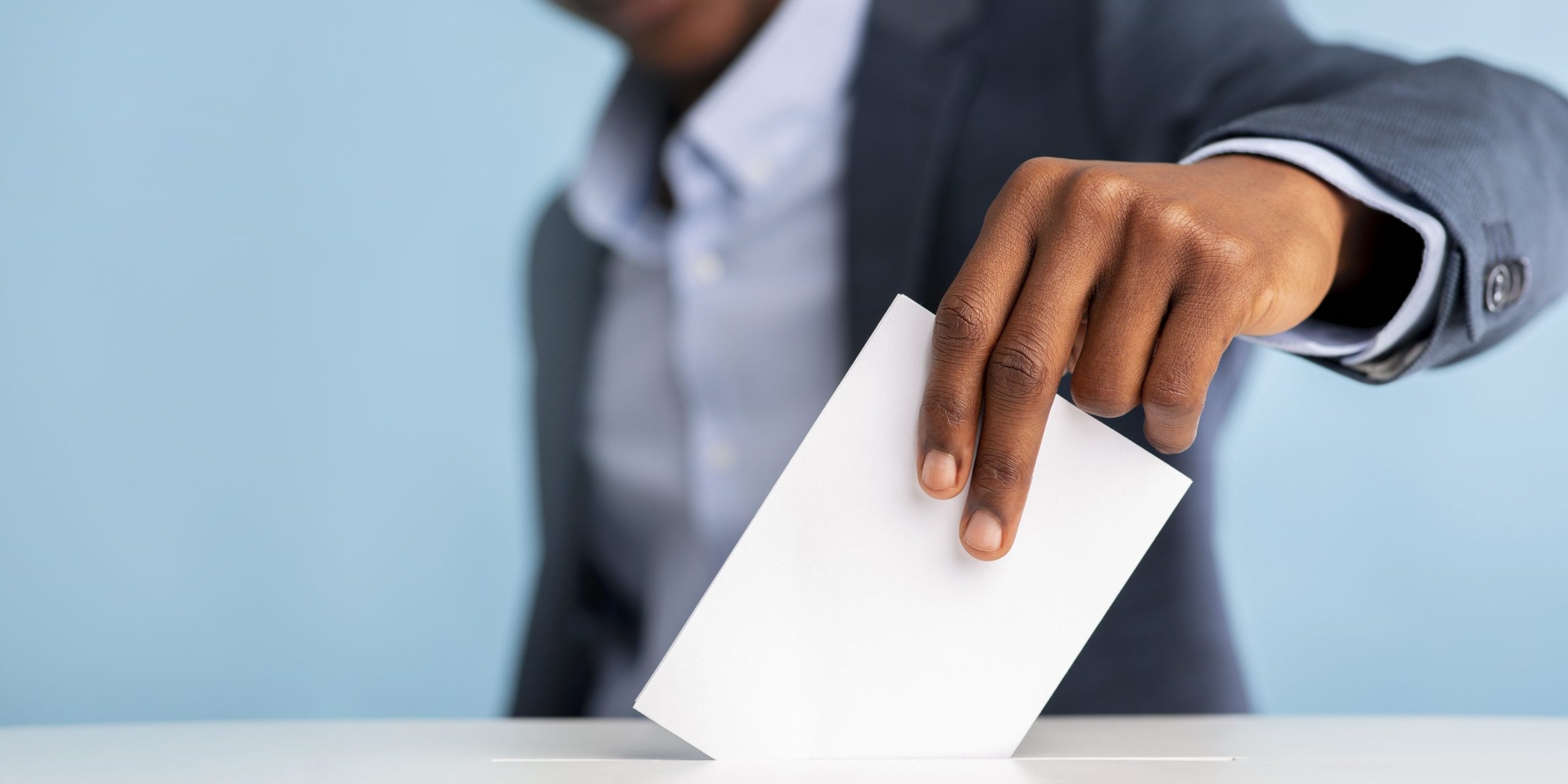 Tanya Plibersek’s push to compel all Labor MPs to a binding vote in support of same sex marriage is a sincere stance emanating from personal conviction. Her passionate conviction, nonetheless, does not trump the conscience of others. That is why her unreasonable position must be rejected by the ALP, regardless of where individuals stand on the marriage issue.

Tanya’s zest for ideas impresses. It is a quality rare amongst today’s era of bloodless, colourless politicians; she fights for principle within the party. Sometimes having a go means making mistakes. Her public announcement while acting Opposition Leader on gay marriage is more than a mistake, it is a grievous political miscalculation.

Demanding that every Labor MP be in lockstep with a moral position she and many others hold dear – regardless of individual convictions to the contrary – is intolerance on stilts. By all means bring passion to the argument. The status of relationship choices are at stake.

There are three reasons to strongly disagree with Tanya and others in their intention to bind all party members on the issue.

Should the third step be a bridge too far, each of the first two should be sufficient to clinch the argument.

Marriage equality is a conscience issue.

Since 1949 there have been 34 occasions in the Commonwealth Parliament when MPs were free to vote in accordance with their conscience, five under Menzies, six under Gorton, eight under Gough, three with Fraser, the same with Hawke, none under Keating, and five under Howard.

For the vote on gay marriage during the Rudd-Gillard era, only Labor MPs had a free vote. Coalition members under then Opposition Leader Tony Abbott voted along party lines. The Marriage Amendment Bill 2012 was defeated 42-98 on 19 September 2012 in the House of Representatives.

The first conscience vote on gay rights took place in 1973 when John Gorton moved a motion that “homosexual acts between consenting adults in private should not be subject to the criminal law”. The major parties allowed a conscience vote. The motion passed 64-40. Some votes that have passed with the aid of a conscience vote include abolishing the death penalty, the Family Law Bill 1974 which removed onerous at fault barriers to divorce and established the Family Court, and the Sex Discrimination Bill 1983.

Opinion polls show most young people regard the anti-gay marriage stance as ridiculous. Polls also show that a majority of Australians favour same sex marriage. Polling should not be the decisive factor for the ALP. Many people of faith (such as Luke Foley before a recent change of heart) and of none (such as Julia Gillard) believe otherwise. These people may be dreadfully wrong and backward but adherence to a policy one way or the other should not be totally vital to whether they stay in the party or not. Labor’s broad church should be able to house people with those views.

At my Enfield South polling booth at the 2015 State election, handing out tickets for the ALP were people of no faith, Buddhists, evangelical Christians, Hindus, Muslims, Catholics, and an elder of the Presbyterian Church. Each was united in the cause of Labor supporting justice for the underdog. Why force any of those good people to quit the party on this one issue?

Abbott’s refusal to give a conscience vote to his party in 2012 broke with an honourable, bipartisan position – to respect conscience – across the major political parties. How sadly ironic that Abbott’s stance is causing some Labor MPs to mimic his intolerance.

In an age of voter disengagement, from the perspective of an inner city Labor MP fighting the Greens, it might seem that an entire generation of rusted-on Green voters is being created on marriage equality. Meanwhile we appear to be coldly quoting variants of John Locke’s A Letter Concerning Toleration to each other. The particular impatience might be politically understandable. But what is right is to understand, debate and respect alternate positions, while seeking to argue and persuade. To think otherwise is to divorce ourselves from erstwhile Labor supporters, something we’ve been all too good at over recent years. The Labor case has to resonate from Camperdown to Campbelltown, from Glebe to Coonamble.

For the past 50 years the Catholic Church has held to the primacy of conscience and taught that individuals must follow their consciences even when they are wrong – Vatican II, On Religious Liberty (1965), §2. In refusing to pay credence to individual moral positions, as advocated by his own Church, Abbott arguably is refusing to show the tolerance his religion demands he accord to others.

If Plibersek succeeds and Labor hardens its stance, this matter will drive a damaging split and hurt the very cause Tanya and others believe in. The stance makes it harder to shift the Liberal Party. Even if the net position in the long term might be good for the ALP (debatable), it is not necessarily good for the cause that is being championed.

The Australian Parliament is among the most rigid of any in the world for conscience and free votes. It is a legacy of all the splits in the first thirty years of Labor – between the free traders and protectionists in the colonial parliaments and then in the Commonwealth after federation.

The split over conscription in 1916-17 dominates the governance of the party even now. A consequence for the ALP is that almost every issue, large and small, is treated with the same holy degree of seriousness. For Labor MPs, voting against the party line in the Parliament on any matter results in expulsion.

In the UK there is more fluidity and respect for the positions individual MPs face, partly because of the three-line whip rule. In the UK, a three line whip is an instruction by the whip of a political party to members of his party in the Parliament to attend and vote. Failure to do so is followed by serious consequences from the party whip which may include expulsion from the parliamentary political group and the party as well.

Every sitting week of the Parliament, the whips send out a circular (called ‘The Whip’) to their MPs and peers detailing upcoming parliamentary business. Special attention is paid to divisions (where members vote after debate) which are ranked in order of importance by the number of times they are underlined. Important divisions are underlined three times – a three-line whip. The three lines normally apply to major events like [votes on] the second readings of significant Bills.

It is common for MPs in the UK to vote as they think fit on one and two line issues. In that spirit, an alternative to what is now proposed on marriage equality is to adopt the UK practice and to issue a one or two line whip on the question – a strong guide, not an absolute obligation.

A conscience vote is still to be favoured on this matter, but there are alternatives, such as this option. It is ridiculous that all items in the Australian Parliament are either three line whip issues or conscience vote matters. Once there was the equivalent of the one or two line whip in Australia. Between 1968 and 1974 there were five separate conscience votes regarding where to build the new Parliament House.

Personally, the author of this article has come to favour extending legal recognition to all. This is not the point. Respect should be shown to the deeply held, sometimes religious, perspective of others. Persuade and seek consent should be the motto, rather than self-righteous contempt. The former has been the means to achieve many progressive reforms.

One potentially good outcome from the debate we are now having is to provoke people to think – never a bad course in the ALP. Abandoning conscience voting for politicians on important moral issues, however, would be a strike against freedom, turning our back on a proud tradition, a truly backward step for a progressive party.

On 2 October 2013 I sent a variant of this note to Paul Howes, then a prominent ALP figure and national secretary of the Australian Workers Union. I am not sure he agreed with me. I believe, however, that abandoning the conscience voting among ALP politicians on important moral issues would be a strike against the reasonable exercise of conscience. I set out my thinking in this piece.