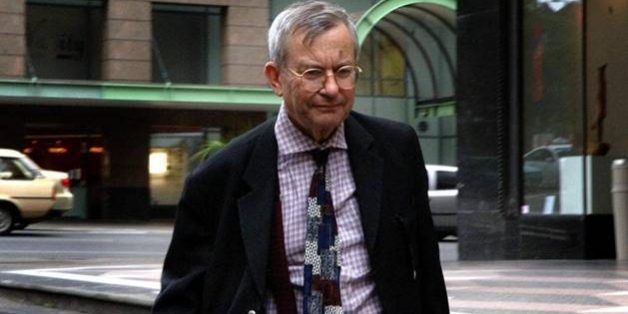 The Hon. Jeff Shaw (1949-2010) QC, former union official, solicitor, barrister, politician, NSW Attorney General, Supreme Court Judge, probably feared his death would only engender reminders of his fall from grace and further shame for his family. Instead, there was an incredible outpouring of sympathy, support and respect, and a fresh, public assessment of the man and his life.

Within the labour movement, Jeff was trusted by all factions and unions; to his friends he was regarded as a man of grace, integrity and honour; the wider public learnt of his intelligence, wide reading and impish humour. To paraphrase Walt Whitman, he was multitudes – with a broad range of interests, passions and hobbies – from a keen knowledge of Bob Dylan lyrics to an understanding of the finer points of the Healyite splits in the UK Trotskyist movement (that’s Gerry Healy, the dour, Liverpool founder of Militant Tendency – rather than Denis Healey, the UK’s Kim Beazley).

Jeff was the son of William John Shaw and Gladys May Shaw. He was educated at Boronia Park and Chatswood Public (opportunity) Schools and Hunters Hill High (where he was a sergeant in the cadet corps). At university Jeff joined the ALP in 1968, inspired by Gough Whitlam. He graduated B.A., LL.B. from the University of Sydney and later worked for the Public Service Association and as an articled clerk. Jeff married Elizabeth Bryant on 21 December 1974 and they had 2 sons – James and Jonathon. He was admitted to practice as a solicitor (Taylor & Scott) in 1975 and as a barrister in 1976. He was made a QC in 1986. Highlights of his political life include appointment and election as a Member of the NSW Legislative Council – commencing on May Day, 1990 (Bob Carr, Labor Leader, wanted him there); New South Wales Attorney General 1995-2000, Judge, Supreme Court of New South Wales 2003-2004.

I first knew Jeff by way of rumour and reputation. Though the names John Russell and John McCarthy appeared on the front cover of a pamphlet ‘A New Threat to Labor’, its real author, Bob Carr, wrote alarming passages about a dangerous radical, Jeff Shaw, with Trot-like zeal and ideological affinity.

Having read the pamphlet late in the 1970s, five or so years after publication, I expected a clever, ideologically-driven opponent. Instead, I discovered a cultured, thoughtful, happy, sensible Jeff Shaw: no wild left winger. So Bob’s description was wry humour!

Throughout a busy, active life Jeff was curious about the ideas that motivated the ideologues, the characters and the spivs. He read widely. He penned numerous learned articles on industrial relations, the law, labour history, book reviews and on contemporary events. Jeff told me that the publication that influenced him most was the four volume Collected Essays, Letters and Journalism of George Orwell, edited and published by Sonia Orwell in 1968. Orwell’s essays were an eye-opener to writing well, and expressing moral indignation: polemics with a sting.

I knew Jeff in battle and in the remorseless grinding world of politics. We were good friends. He was a member of the board of the Labor Council’s Lloyd Ross Forum. We co-edited a book Transforming Industrial Relations in 1990.

Jeff was far from a mere intellectual bon vivant. During the Greiner and Fahey period of conservative NSW government (1988-1995), he provided intellect, ballast and argument to fight their industrial relations reforms and to limit the damage to the labour movement. He put forward an alternative agenda. As Minister in the Carr government from 1995, he enacted industrial law changes, accommodating enterprise bargaining and flexibility based on defined safety nets. His occupational health and safety legislation was a model for all other jurisdictions.

At heart Jeff was a civil libertarian, who saw industrial advocacy rooted in the ideal of protecting the ordinary person. He had an incredible legal mind and applied it tenaciously, delving into the detail to achieve a major and lasting impact. This was his modus operandi, whether presenting argument on State or Federal Wage cases, in advising on tactics and strategies to numerous unions – of varying political persuasion, in presenting cases for the PSA or the NSW Teachers Federation before the Public Service Tribunal. He applied his considerable talents in achieving justice for Bernie Banton and all the other asbestos victims in their battle with James Hardie.

Understandably, there was much public interest in the circumstances surrounding his resignation from the Supreme Court

The last time I saw Jeff Shaw, at the cricket in February 2010, I was shocked by the decline. We talked about the books he was reading; his mind was not what it was but he was still alert and interested. That burning curiosity was still there – the old sparkling personality, warmth and interest in other people: that essentially gregarious, self-deprecating humour.

Jeff Shaw had one of the finest minds of anyone I’ve known. His ability to invigorate people to action had few peers.

Friends should have noticed the slow self-harm of his alcohol addiction. Could that decline have been arrested or stopped by the intervention of others at some point? Should friends have confronted him? Could the tragic end to his life been averted?

I think he would want those who admired and loved him to ask themselves those questions. If we have friends or relatives who are effectively self-harming themselves, we need to do what we can to help. His death and our reflection on the cause might well have a great impact.

He deeply cared for his wife, Elizabeth; he worried about all he put her through. I recall chats about the horrible pressure of the NSW Higher School Certificate on his kids. They went through an enormous agony in his final years. Jeff might have thought of Bob Dylan’s lines from ‘Farewell’:

I will tell you of the laughter and of troublesBe them somebody else’s or my ownWith my hands in my pockets and my coat collar highI will travel unnoticed and unknownSo it’s fare thee well my own true loveWe’ll meet another day, another timeIt ain’t the leavin’That’s a-grievin’ meBut my true love who’s bound to stay behind.

Jeff was one of the people in the wider labour movement with whom I felt closest. He served on the board of the Lloyd Ross Forum when first established in 1989. We co-edited a book together. On difficult legislative and strategic issues, when I was Secretary of the Labor Council of NSW, 1989-1994, I would consult extensively with him. He had a great strategic brain, a whimsical sense of the absurd, and was considered and statesman-like. Michael Costa would rib him about being too establishment and conservative, a member of the “industrial relations club.” Shaw found such teasing remarks amusing and a prod to think harder about alternative arguments, responding to potential criticisms. With Donna McKenna as the Labor Council Legal Officer, we made a formidable team – in presenting our case to the Parliament, the industrial tribunals, and the court of public opinion.

He found politics very lonely. A point made to me by Barrie Unsworth soon before he became Premier in 1986 applied: you are effectively on your own in parliament. The comradery, the socialising with colleagues was not a notch on the unions or other workplaces. Shaw was a member of the NSW Legislative Council from 1990 to 2000; he retired exhausted by factional shenanigans. He was a member of the dwindling “Ferguson left” compared to the “Albanese left”, a story for another occasion. In retrospect, I wonder how much of that contributed to his decline and succumbing to alcoholism.

Shaw once lamented to me that Labor politics in NSW could be a cruel place. When Patricia Staunton was a member of the Legislative Council from 1995-1997, he saw her as the most outstanding talent. But her colleagues conspired against her, seeing her as a potential rival for ministerial honours, and easy to beat in any factional manoeuvring in the NSW ALP Right. Once such a person might have been promoted in a benign, meritorious system. But those days were long gone, he said.

An interview with Adam Spencer on Sydney radio station 2BL on the morning that Jeff Shaw’s death was announced: