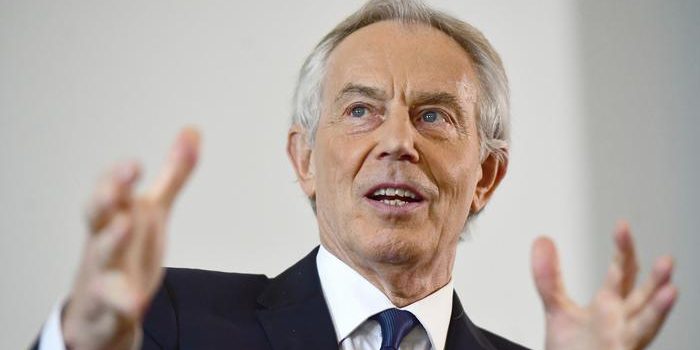 There is a long way to go, but it appears that everyone has written off John Major’s chances of winning the next British election. Tony Blair, elected Labour leader last June after the death of John Smith, is doing everything right.

Labour is riding high in the opinion polls. Just before Christmas a 29 per cent swing, the biggest in a by-election for 60 years, saw Labour win the previously Conservative-held electorate of Dudley North.

Can it at last? Can Blair defeat the Conservatives? Will the electorate trust the Labour Party? At this stage, it is hard to be definitive. The next general election, after all, is due by mid-1997.

The Conservatives, though now a poorly performing rabble, may yet click into gear, and Blair has raised the stakes in the Labour Party by proposing that Clause 4, the section of the party constitution defining its socialist objective, be replaced and a new objective written in its place.

A defeat for the new party leadership at April’s special Labour conference on this issue would be extremely damaging. After all, Blair is not the first leader to try. Hugh Galtskell, the moderate Labour leader from 1955 to 1963, campaigned to repeal Clause 4 and lost at the 1959 conference. Will it happen again? How much of a difference is Blair likely to make? The answer appears to be enormous.

Soon after Labour’s win in the Dudley North by-election, The Times newspaper featured a two-page story headed ‘Tories for Blair’. The article highlighted the disillusionment with Major’s government by young middle-class voters. Many who previously stated their support for Margaret Thatcher are now attracted to the Labour leader.

This is both Labour’s strength and weakness. Most of the support for Labour is negative – based on disappointment with the Tories’ style of government. Labour has opportunistically exploited this hostility. Blair and Gordon Brown, the Shadow Chancellor of the Exchequer, rallied a coalition to defeat the government’s proposals to introduce increased fuel levies. A combination of Labour, the Liberals, nationalists, independents and Tory rebels forced the government to an embarrassing defeat in the House of Commons.

The Commons can no longer be taken for granted. The consequent indecisiveness of Conservative ministers, who rapidly shelved ‘radical’ changes, makes NSW Premier John Fahey seem, in contrast, a model for courageous and resolute leadership. All this looks good for Labour, but Blair appears not to be too taken in with the rhetoric about Labour being a certainty to win the next election.

First, Major won an unexpected victory last time. He should not be written off or underestimated. However, Blair is no Neil Kinnock.  His appeal to the south – to London especially – is strong. This is where Labour was almost wiped off the electoral map in the 1980s. Labour is still a northern, Welsh and Scottish party.

Second, there is still a long way to go. Now that the Conservatives are at their lowest ebb, it would be folly to expect that things will go on like this. Ironically, Major’s position as leader is stronger than it’s ever been. No one is daring to challenge him for the leadership. They all think this is a poisoned trophy.

The defeats last Christmas, including the expulsion of a dozen Tory MPs, has the smack of toughness and audacity that has so far been lacking. Labour may well be confronting a united Conservative Party. However, it must be doubted that Lazarus can rise twice, whatever Major’s cunning.

Third, Labour could still muck things up. The debate on socialism may not just be an internal wrangle – it has the potential to damage Labour. However, even here, Blair’s skills are to the fore. Amazingly, he has redefined socialism as ‘social-Ism’ and proudly boasted that he is a ‘social-Ist’. What he has done is to turn around perceptions. Instead of a dogmatic, nationalising idea coming out of his mouth, socialism sounds like an appeal to communitarian ideals. Labour cares for the social aspects of modern society: lending a helping hand to the poor, emphasising training and labour market schemes to help the unemployed. This is a long way from the rhetoric of Labour in the 1980s, including under Kinnock.

In large measure, Blair has been lucky. Kinnock promoted him to the shadow employment post, where he was propelled to the front rank. Smith’s death while Labour leader last year created an opening. His only serious rival, Gordon Brown, dropped out of the leadership race, and Major’s poor leadership has been a gift from heaven.

In addition, the public scandals including the huge pay hikes for the captains of quangos have embarrassed the government. The part-time chairman of Midlands Electricity, for example, now gets £165,000 ($335,000) a year. Labour’s indictment of the Tories’ ‘sleaze society’ is having an impact.

Can it go on? Perhaps. Blair is reassuring the voters. In recent interviews he has conceded, indeed emphasised, that the voters are still scared of Labour. It is a clever message: subduing to the radicals and reassuring to the new Labour constituency.  Luck helps. Blair is the right man at the right time.

One day in 1990, the British Consul-General in Sydney contacted me to say that he had two Labor shadow ministers coming to Australia and could I meet them; he said they were interested in employment policies and what the ALP was doing in government. Blair was then Shadow Home Secretary and Gordon Brown Shadow Chancellor of the Exchequer. The latter did 80% of the talking at our meeting. As best I could, I explained the Accord, the trade offs between the social wage and wage restraint. They were interested in labour market programmes, structural adjustment, training, cushioning of impacts, whether the public and Labor supporters saw the process as fair. I went around the office afterwards and told everyone that I had just met the next Labour Prime Minister of Great Britain. “Mark my words: Gordon Brown.” Thank God I was wrong.