(1995) Success and “Failure” as Finance Minister 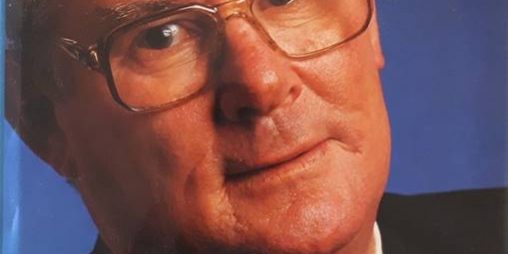 It is remarkable how a former Minister with a poor understanding of the personalities and factions in the ALP, nonetheless could write the most perceptive account of Labor in power over the past decade.

The strength of Peter Walsh’s Confessions of a Failed Finance Minister is his grasp of the larger policy issues, decisions and mistakes of that era. Walsh’s book deserves closer, more critical, scrutiny than it has so far achieved.

Two perceptions have bedevilled Walsh’s account of his times. The first is the impression that he is a bitter, ideologically driven crank – drier than the Nullarbor in his criticisms of the Hawke and Keating governments. The second is that his memoirs, including the title, are misleading. Some reviewers have observed that, instead of admitting his mistakes (other than a couple), Walsh is only interested in spotting the faults in others.

Those perceptions are blind to Walsh’s actual outlook and perspective. There is more dry humour than dry economics, more sentimental Leftism than right wing sympathy in what Walsh has to say. Amongst other things, Walsh still supports death duties and slugging the rich through a “progressive” tax system.

The best parts of the book deal with the Opposition years – and the resignation of Bill Hayden shortly before the 1983 election. In an interesting aside, the most poignant in the book, Walsh comments on Hayden’s partial deafness, something that influenced his personality and style:

Like many people who acquired their vocabulary and command of language visually rather than aurally, he was prone to mispronouncing words. In his case it was aggravated by the hearing defect. When he did hear words, he often did not hear them properly. Very few people realise the intense concentration he had to apply to listening and interpreting – a combination of sounds imperfectly received, lip reading and guesswork.

The book’s authenticity is illustrated by the books Walsh lists as influential: Capricornia, The Jungle, The Grapes of Wrath, For the Term of His Natural Life, Babbit, Wild Men of Sydney, Power Without Glory, etc. without mentioning the authors – Xavier Herbert, Upton Sinclair, John Steinbeck, Upton Sinclair, Cyril Pearl, Frank Hardy, etc. You get the impression he could not remember all their names. But it was the books themselves, rather than the authors, which influenced him.

His assessment of the Country Party’s ideal economic world in the era of McEwenism – where no industry could survive without government handouts or patronage is convincingly, if satirically, sketched.

One of the popular, crank pamphlets of the late 1970s which significantly influenced much of the labour movement’s attitudes to economic issues was the Metal Workers Union’s Australia Uprooted. (Bob Carr, then a Bulletin writer, wrote a review of it in Labor Leader – the NSW ALP Right’s factional newspaper – which was titled ‘Common Sense Uprooted’.) The worldview of significant sections of the ALP included an obsession with multinationals and alleged capital strikes by capitalists, and an hostility to the mining sector. Walsh says of the 1982 ALP National Platform, written less than a year before Labor achieved office, that:

…notwithstanding multiple references to consultation of negotiation with ‘trade unions, business, consumers, farmers and the States’ – the full implementation of Labor’s policy would have given Australia the world’s most centrally planned and bureaucratised economy outside the communist bloc and a few third world dictatorships.

Yet the government elected in March 1983 did not turn out to be like that. Hawke was a better Prime Minister than Walsh imagined. Keating grew into a powerful advocate for economic reforms.

Walsh, however, regards his period as a minister as a personal failure. Hence the title of the memoir.  Why? He says:

At the end of the 1980s, I believe the greatest and most enduring achievement of the Labor government – and to which I had made a significant contribution – was to enhance the electorate’s economic literacy, to guide the public away from cargo cultism, and change permanently the nation’s political/economic culture.

He wonders aloud, however, at the end whether such achievements are enduring.

Walsh accounts for a number of decisions, including the Coronation Hill dispute, the Third Runway in Sydney, excise taxes, self-government in the ACT, pensions, childcare relief, the GST/Tax package debate within the government in 1986/87. On the Multifunction Polis, he thought Button was losing his mind. “It was a nebulous concept. I read all the Cabinet papers and heard all the briefings, but never did have the faintest idea what its alleged merits were, or what it was supposed to do.”

He swipes at the accreditation process – “the old coalition” that wants “clones of themselves making subjective assessments of private selection quality.”

Constantly the government was beset with efforts to overturn a decision:

Changing a decision in response to prolonged pressure group lobbying, special pleading, rent seeking, or political threats sends out the worse possible message – no decision should ever be regarded as permanent, no issue should ever be allowed to die, rent seekers of the world intensify your efforts. If a decision is only marginally wrong, it should be quietly modified at a much later time after the rent seekers and other parasites have faded away.

The book is spliced with self-deprecating comments: about his failures as a minister, his astonishment that Gareth Evans could not remember a shouting match. (Which, as he mentions, did not have the scarcity value for Evans as it did for Walsh.)

There are many humourous patches. Like when he had someone on his staff impersonate Tony Staley, Fraser’s Communications Minister, and placed a call to Rupert Murdoch in New York to complain that “Malcolm is being a bastard”. At another time, in order to puncture Tom Uren’s sanctimonious attitudes to uranium mining, at one ALP Federal Conference, Walsh moved an even more extreme, anti-uranium position – in order to embarrass Uren who was locked into the “three mines” policy.

The area where Walsh is weakest is in interpreting the motives of his opponents in the ALP. His loathing of the NSW Right is fulsome. Walsh does not appear to appreciate that that group, too, is a coalition of very different types.

On the ACTU he is even more extreme. He suggests that the ACTU was at best disloyal and at worse treacherous in “supporting” Hayden as Leader. There are references to the “ACTU’s grimy fingerprints” on this or that policy. In one section, he says: “Labour romantics who saw unions and unionists as natural proselytisers for the Brotherhood of Man – were just that – romantics.”

In another section, Walsh blasts the setting up of a Royal Commission on Nazi War Crimes. He criticises Israel’s handling of the Occupied Territories as if this has anything to do with this complicated issue.

So why is Walsh’s book worth reading? How can it be said to be so perceptive? The answer is because he so clearly writes what he thinks. There is nothing anodyne in the contribution. The tensions between people – some of whom he (truly) says are dills – is the stuff of all governments.

Anyone who wants to know what governing Australia is really like should read this book, without necessarily accepting its conclusions or biases. But what a read! Witty, insightful, prejudiced, angry, petty, principled, argumentative.

Peter Alexander Walsh AO (1935-2015) was an exemplar of what I thought a rigorous, economics-informed and disciplined minister could do for a government. I felt that in temperament and independent thinking, he was the closest person in style and wit to Michael Costa. (I later hoped that Costa could be the Walsh of NSW Labor).

He was no failure.