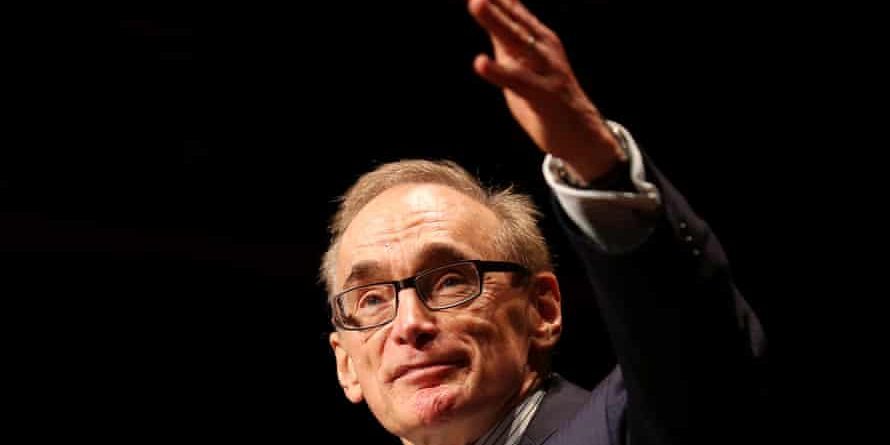 Is Bob Carr just kite flying or is he serious about a revamp of federal-State powers?

Last weekend the new NSW Premier agreed with the proposition that the States were becoming like branch offices of the Federal government.

Cautiously, he suggested that in certain circumstances, he could envisage a transfer of State powers in the industrial relations and consumer affairs areas to the commonwealth.

Rhetorically, however, he demanded to know why there should be so many federal bureaucrats and duplication or effort in health, TAFE and education – areas best left to the states.

What Carr actually said is less than a considered response to the issue on what should be the appropriate policy and fiscal responsibilities or the Commonwealth and the states.

There is a feeling of deja vu about this. Some of his ideas are not new. Industrial relations law is one illustration of how the apparently sensible approach is beset with minefields.

Two of Carr’s predecessors – Neville  Wran and Nick Greiner – also spoke loudly about transferring NSW IR powers to the Commonwealth. But nothing came of it. So why expect anything different this time round?

The answer depends in part on whether Carr will develop and articulate the ideas he espoused on the weekend. If he does, he may be as significant a premier as his NSW heroes, Wran and Bill McKell. Carr fancies himself as an intellectual who might as well try to shape the new federalism debate.

A few months ago, Queensland Premier Wayne Goss delivered a paper on ‘Do the States have a Future?’ in which he queried the increasingly marginal role the states are playing. He complained about the discrepancy in the limited tax·raising powers of the states and the states’ large responsibilities in delivering basic services. His speech fell on deaf ears.

The potential exists for Carr to have an impact, but it will not be easy for three reasons.

First, there’s a whiff in the air of the Bob Hawke agenda for ‘Cooperative Federalism’ – which was torpedoed by Paul Keating in his quest for the prime ministership. In 1991, Keating correctly identified that Hawke was vulnerable to attack over the handing of power to the states. Many arguments were marshaled against the Hawke strategy: that it was poor politics (why make Jeff Kennett’s life any easier?); a repudiation of the Whitlamesque agenda of extending the Commonwealth’s powers; it was weakly formulated and ill considered; there had been no consultation (Caesar cannot be expected to be blindly followed all the time); it would be inefficient by causing further duplication of Commonwealth/state responsibilities. No matter that some of these criticisms were contradictory.  Everything was loaded into the cannon. The firepower blew away all the soft talk about co-operative federalism. Admittedly, some of what Hawke was saying was vague, and there had been little consultation with the Labor Caucus or for that matter the ministry.

What Carr needs to do now is articulate an approach considerably different to the rhetoric of co-operative federalism. The Hilmer reforms provide a fresh platform, especially if the ideas associated with competition policy are joined to a Carr-Keating approach to a new federal compact.

Second, it’s not easy to win support for even the seemingly obvious. For example, education and industrial relations (IR). The case for the states delivering educational services with the minimum of federal input is very strong. But there are many constituencies who do not want any changes.

Take, for example, the private schools lobby. Commonwealth governments, from the 1960s to now, have led the way in assisting the poor Catholic and other private schools. More than half of the schools’ allocation in the Federal Budget goes to non-government schools.

If all school funding were left to the states, the private sector may be worried. Its share may decline. Would the states be as able as the Commonwealth has been in recent decades to increase allocations? Such considerations are likely to cause a rallying of opposition to a transfer of power to the states.

Such opposition would be joined by a host of other beneficiaries from the current arrangements. For example, the curriculum uniformity, national standards and accreditation bureaucracy.

An easier area might appear to be IR, where six State and various federal systems cause much confusion. It is not.

When Greiner was premier he raised with me the possibility of transferring the State’s IR powers to the Commonwealth. I agreed. At the time there were five State Labor governments, a former leader of the ACTU as prime minister and a conservative leader in NSW prepared to agree to the idea of the Commonwealth taking over all IR powers. How could such an idea fail?

I flagged the idea publicly and wrote to the then South Australian premier John Bannon promoting the view that, as the senior Labor premier and as someone on the record as supporting the idea, he should take up the debate with Canberra.

But the idea did not fly. The ACTU executive rejected the proposal, with various representatives arguing that there were lots of advantages in forum shopping.

Bannon wrote back with a non-committal response and many of the NSW unions argued, if not barracked, far the soundness of the state system. Since then, of course, much has changed – including the heads or constitutional power available to the Commonwealth and the interpretation of those powers by the High Court.

There are good reasons to support a decentralised approach – and a national approach does not require or imply a rigid federal model.

In any event, without a public champion, the debate did not spring off the diving platform.

The lesson is that nothing can be taken for granted, or assumed as obvious, in any reform proposals. As always, good ideas need to be finessed into practical politics.

Third, federal-state relations are more than quests for policy ideas and debates about what is the neat and tidy allocation of responsibilities. It is also about revenue-raising, taxation powers, spending, and so on – all the really interesting bits! No battle over new federalism is worth fighting without addressing the problems associated with the mis-match between the states’ tax and revenue base and their responsibilities.

So what will Carr do? My guess is he will continue to talk up the need to reform federal and State responsibilities. He is in good company. Sir Anthony Mason, the retiring chief justice, on this page last week said this needs to be tackled as part of Australia’s debate about constitutional reform.

By tradition, NSW speaks first among the states at premiers conferences. What is needed now is leadership that justifies that pre-eminent role. It will be hard to carry Carr’s (recently) centralist party with him, but with his good working relationship with Keating, Carr is the best bet yet for a sensible debate about state and Federal responsibilities.

But perhaps it is too early to speak in terms of a “debate” – Carr still needs to think through his position a lot more.

Hawke’s “new federalism” initiatives heavily “listed” in the lead up to his losing the prime ministership and beyond. When I wrote this piece, my hope was that the ideas might be revisited, with Carr taking the lead.