(1995) Future Unstable No Matter Who Wins 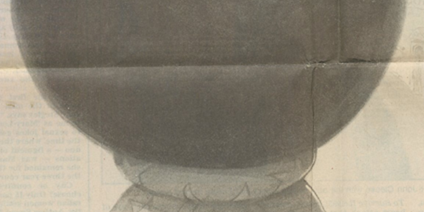 On election night an ebullient, relieved Bob Carr looked every bit the victor. John Fahey looked like he felt – exhausted and disappointed at the prospect of defeat.

Labor thinks it can just win with 49 seats in a hung Parliament. This assumes the Coalition (including the Independent National MP for Tamworth) will hold 48 seats and that the two remaining non-aligned Independents, Clover Moore and Peter Macdonald, will allow the party with the most seats to form government.

The ALP plans on supporting Liberal MP Kevin Rizzolli to retain the Speakership – a small price to pay for a working majority.

Convention in the NSW Parliament requires that in the event of a tied vote the Speaker supports the status quo and money Bills. This should be helpful to a Carr government.

The Independents are likely to seek a new agreement with the government that will be similar to the pact signed with Nick Greiner after the 1991 election. This will entail support for the government of the day on most issues.

A hung Parliament, however, with the Independents holding the balance of power, could be volatile. Last week Greiner cited in The Australian newspaper chapter and verse on how the Independents frustrated the Fahey government. Will the process of government be similarly bedeviled under a Carr government? Before addressing that question it is important to assess the election.  Who won?

Today it is too close to call. Postal and absentee results will decide the election. A few marginals, Bathurst and Badgerys Creek, are very close.

My guess is that Labor will hold Bathurst – thereby holding every seat (47) held previously; Ann Cohen will retain Badgerys Creek for the Liberals, Peter Macdonald looks like holding Manly. The one seat in real doubt is Gladesville. Bob Debus should win Blue Mountains – the one certain gain for Labor. Despite Carr’s “winning looks” on Saturday night, it is too close to call. As dull as the campaign was, at least the cliffhanger result is interesting!

A year ago Labor expected to be a lay-down misère in Camden, Badgerys Creek and the Blue Mountains (seats on the outskirts of Sydney with big growth in enrolment expected to favour Labor), Maitland (lost only narrowly last time, with a vigorous ALP campaigner and with a sitting MP damaged by criticism of his role in the local council) and with some prospects on the North Coast.

Of those potential gains, only Blue Mountains turned up trumps – with the sitting Liberal MP resigning from his party and contesting the seat as an Independent in a damaging brawl. Luck played a big part in Labor’s win there.

The Federal government made an unintended contribution to the Fahey campaign. The Canberra by-election indicates how much the Keating government is on the nose.

The Federal government’s wood chipping debacle did much damage on the North Coast and in Maitland. Labor can win in those places only with a combination of Green and timber worker votes. The near loss in Bathurst and the easy win on the South Coast by the Liberals are partially attributable to this issue.

High interest rates and complacency about their impact on families contributed to the poor results in the outlying seats of Sydney. Camden saw a big swing to the Liberals. The airport noise controversy handicapped Labor in Gladesville.

Fahey deserves much credit for the result. He came close. He may still win. In a few marginal seats the Liberals ran a superior campaign to Labor. That is a change. Also, the Liberals won more than 51 per cent of the two-party preferred vote.

Whatever happens, the next Parliament is potentially unstable. Labor will not hold a majority in the Upper House.

But if Labor does “win”, the narrow margin is probably a result Carr will be happy with. It will help him to discipline his Caucus colleagues and in the selection of a new ministry. Whatever the criticisms of Carr’s leadership or the campaign, his support in the Caucus will be sky-high.

The slow process of deciding the result will enliven an old cliché about time and politics. This week Gladesville, like Hurstville in 1976 when Wran secured a one-seat majority, is the seat to watch.

After the election, Carr told me and others that he owed victory to two people: Shane Easson (my brother, who had done so much in preparing submissions and persuading the independent NSW Electoral Commissioners in the last redistribution to adopt relatively favourable boundaries for Labor) and Alan Jones, the conservative, top-rating morning radio host, then on 2UE, who disliked NSW Liberal Premier John Fahey, and who was taken by Carr’s commitment to education and standards.

Elected on a minority of the two-party preferred vote, Carr needed every ounce of assistance to get over the line.

Labor held Bathurst and, crucially, picked up Badgery’s Creek and Gladesville in the final counting.