(2019) Why I joined the Ramsay Centre: Timeless Issues are to the Fore 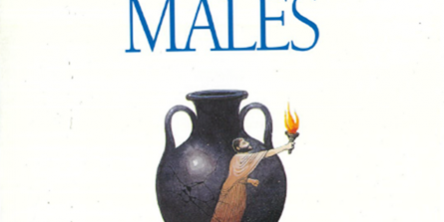 First published, trimmed and edited, in the Sydney Morning Herald, 23 January 2019, this article explains why I joined the Board of the Ramsay Centre for Western Civilisation (www.ramsaycentre.org). The full article is here: https://www.ramsaycentre.org/news-and-media/read/why-i-joined-the-ramsay-centre-timeless-issues-are-to-the-fore/ and reproduced below. The shorter, SMH version is:  https://www.smh.com.au/national/why-i-joined-the-board-of-the-ramsay-centre-20190122-p50sv3.html. I am grateful to the SMH for publishing what they did.

The Ramsay Centre is in the headlines again with news about the discussions with the University of Queensland on a major in western civilisation studies as an option in the university’s Bachelor of Arts degree. UQ intends to run a course which would teach text about the impact of the West on Aboriginal people.

This comes after an agreement with the University of Wollongong to host the first Ramsay Centre Bachelor of Arts on Western Civilisation was announced in December.

In November I joined the Centre’s board, replacing Kim Beazley. When made aware of this development, some asked: “Why Ramsay?” as if the idea of a person generally identified as centre left must be turning hues of deep blue to join this board.

I joined because its ideals are worth supporting.

The Ramsay Board Charter states its objective: “to advance education by promoting studies and discussion associated with the establishment and development of western civilisation, including through establishing scholarship funds and educational courses in partnership with universities”.

The words “studies and discussion” requires that anything offered, a great-books course for example, must be inspired by a critical spirit. Always the aim is to interrogate, debate, consider what is living and dead and worth commemorating, rejecting, and/or assimilating. To have even a passing acquaintance with “the canons of western thought” is to realise how minds, books, philosophy, opinions differ.

In an era when funding for Arts faculties in major universities is severely constrained, where some respected Departments are closing (recently the University of Newcastle announced a decision to no longer offer discrete philosophy subjects) a credible organisation prepared to fund courses is prima facie extremely important and worthwhile.

Much turns on the credibility of what is offered. Within any Board there will be differing opinions, but it is the overall consensus that matters. Not that this is foolproof.  Sadly, we know that some Boards are stoked on their own juices of self-admiration, insularity, and complacency. But on the Ramsay Centre Board, there are no shrinking violets. Debate is fun. And within Ramsay, frankly, we have learnt lessons on how to better engage respectfully and collegially with those academics and institutions we hope to work with. There is no prescriptive formula that we promote.

There is high calibre academic credibility underpinning the Centre. Professor Simon Haines, the CEO, is steeped in academic laurels, in a variety of fields. Dr Stephen McInerney, Executive Officer, Academic, is an accomplished scholar in literature, including Australian poetry. I back their judgement and sensitivity to any concerns about academic integrity.

Of course Universities must ensure they are independent and fearlessly uphold the principles underpinning academic freedom, rigorous teaching and debating.

Universities exist to seek truth, wherever that leads. Bertrand Russell in his On Education says that even “Utilitarian knowledge needs to be fructified by disinterested investigation, which has no motive beyond the desire to understand the world better.”

Yet many Arts faculties in Australia are starved of funds, reducing courses and scholarship. Surely it is not beyond our wits to marry the ideals of Ramsay with the needs of students, present and future, to learn and consider the works of past epochs.

The China scholar and essayist, the late Pierre Ryckmans, a former Professor at two of Australia’s great universities, wrote in his essay “Do We Need Universities?” that: “The question asked is never whether a university worthy of the name ought to teach certain subjects, but what subjects are most likely to attract larger enrolments.”

He went on to say: “The spurious relationship invoked to justify subordinating the general design of the scholarly activities of the university to mere figures of student enrolments is not only asinine, it is also deeply corrupting. It reduces the university to the level of an unseemly caravanserai, an incoherent soukh, a bazaar where a thousand wares are spread haphazardly, while the scholars themselves are turned into peddlars, touts and pimps, desperately competing to hustle a few more suckers.”

In contrast, Ramsay in collaboration with scholars and their universities can add to the diversity and richness of the tertiary education experience. This is an opportunity to re-invigorate the humanities and equip students and staff with much needed resources so universities can better concentrate on scholarship and teaching.

The Ramsay Centre’s mission is not political and it is “caricature” to say a particular ideological world-view is promoted. There are conservatives, liberals and social democrats on the Ramsay Centre board. Yet it would be false to say, despite benign intentions, that no impact is intended.

One of the characters in David Lodge’s novel Nice Work laments that: “Post-structuralist theory is a very intriguing philosophical game for very clever players. But the irony of teaching it to young people… about the arbitrariness of the signifier in week three of their first year becomes in the end too painful to bear.”

Because of cuts and the way resources are allocated, in a myriad of ways, many students are not taught the basics of texts and scholarship and encounter fewer primary texts than students of a previous era.

When I first attended university, in first year Philosophy, the Socratic Dialogues and Logic were taught, as basic foundations for learning to think, assess, and rationalise, for how to choose between competing ideas and values. The best teachers deployed classic works in interesting, provocative, and thoughtful ways to new generations of students.

Some (though only some) of the thinking underpinning Ramsay is inspired from Columbia University’s Core Curriculum, the set of common courses required of all undergraduates since 1919. The communal learning entails a series of small, discussion-based seminars exploring foundational texts, enduring documents and exemplary experiments in literature, philosophy, music, history, art, writing, science. This is one of the founding experiments in liberal higher education in the United States and thrives on debate on difficult questions about human experience. Ramsay hopes this can be emulated in Australia.

When John Howard invited me to join Ramsay I gave him a book by the late Professor of Classics at Yale University, Bernard Knox, humanist and old lefty. (He fought against the Falangist side in the Spanish Civil War). Knox’s The Oldest Dead White European Males and other Reflections on the Classics (1991) is the book I gifted. Knox considered some of the criticisms of any study of western civilisation.

The ancient Greeks, the subject of Knox’s polemic, are alien to us: with their slaves, subservient women, and ideas of bloodlust that are hard to fathom. Yet, as Knox said, they also “…invented political theory, rhetoric, biology, zoology, the atomic theory… they created in the restless turbulence of their tiny city-states that impatient rhythm of competition and innovation that has been the distinguishing characteristic of Western civilisation ever since.”

This is not to particularly celebrate anything; for scholarship and study involves thinking, understanding, and contesting. As Knox says of Plato: “In his ideal states, both the rigidly controlled nightmare of the Republic and the slightly less stifling bad dream of the Laws, the basic materials of the humanities, poetry, philosophy, history, and the arts are either expelled bag and baggage or else forced to sing an official song to please the censors.”

Understanding the ancients is not merely to contemplate angry pale dead men. Timeless issues are up for debate.

Ancient literature is certainly eye opening, and it has a wonderful capacity to make us re-examine many of our modern assumptions. Emily Katz Anhalt argues in her recent book, Enraged: Why Violent Times Need Ancient Greek Myths, that some Greek myths exposed the dangers of violent rage, but also the need for empathy and self-restraint. Homer’s Iliad, Euripides’ Hecuba, and Sophocles’ Ajax show that anger and vengeance destroy perpetrators and victims alike. Such stories point to violent revenge as a marker of illogical thinking and poor leadership. Subversively, she suggests that by promoting compassion, rational thought, and debate, some Greek myths help to arm us against the tyrants we might serve and the tyrants we might become.

What Ramsay wants to achieve is this: through the study of works of classic significance the great questions are illuminated: What does it mean to be human? What is the good life – and the good society? What are the limits to individual loyalty to the state? And limits to human exploitation of the universe? As Knox remarks: “These questions and others like them are what the humanities have been asking ever since they first took shape in Athens.”

Through study, in Knox’s words again, this can “prepare the young mind for the momentous choices, the critical decisions which face our world today.”

Far from being a businessman’s fantasy to subvert universities to a narrow frame of thinking, the Ramsay Centre is a radical endeavour to invigorate a non-utilitarian spirit of fearless scholarship. That’s why I joined.

Following his appointment as Governor of Western Australia, I replaced Kim Beazley AC on the Ramsay Centre Board. He was kind enough to write to me on Australia Day 2019 to say: “Simply brilliant. The best defence I could imagine but I would not be capable of. What a superb appointment you are.”