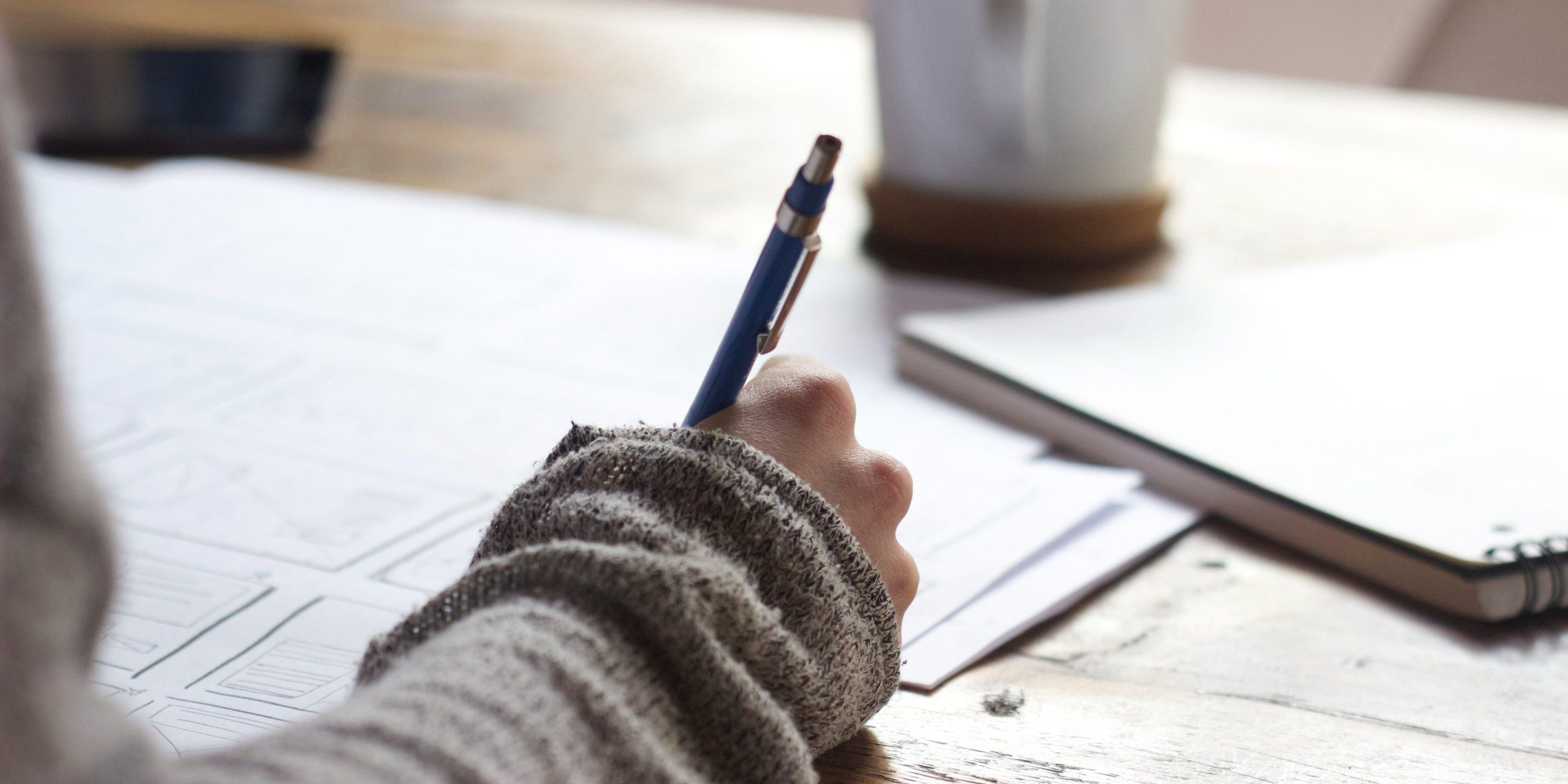 The NSW government should be more ambitious in tackling the problems of unemployment in NSW. The release of recent unemployment figures consistently show that NSW accounts for the vast majority of job losses.

The gravity of the current situation is such that leadership is required by all sections of the country – employers, unions and politicians.

I have met with unions on and discussed the unemployment situation in NSW. The Labor Council wants to be part of a considered approach.

Accordingly, I have also met with the major NSW employers in an effort to achieve some bi-partisan support for job growth in this state. We should be co-operatively working to fight unemployment.

Last year, in this region over 3,500 young school leavers entered a hostile job market with, to say the least, with bleak job prospects. The question of unemployment and more importantly, job growth is central to the concerns of this community – indeed, it pervades those concerns. It is on this issue that my speech today is focused.

The other side of the coin is the effective co-ordination and provision of welfare and support services. I congratulate the efforts of those that organised the seminar yesterday which brought together for the first time, welfare groups, government, business and local councils to examine issues associated with care for the aged. Similar discussions should take place with regard to all those who require welfare.

The Labor Council of NSW has developed a nine point strategy to combat unemployment:

1. Fast-tracking of assessment and approvals of major projects

It is an absolute joke that the BHP Rooty Hill Mini Steel Mill and the Boral Bringelly Brickworks project both took over two years to gain approval from NSW government agencies.

I understand that the NSW government committed money to the development of a local Entertainment Centre which could house sporting events as well as concerts and business conferences.  Such a project would not only boost much needed building employment, but would add to the future tourism prospects for this area. The government’s promise came 2 years ago – yet progress has been slow. It is this type of project which needs to be given faster attention.

2. Rebates of Pay-Roll Taxes to Exporters

The Federal government has announced that all input wholesale taxes should be rebated to exporters.

State levied Payroll taxes are regressive, anti-employment taxes. Even if they can’t be abolished immediately, that should not be the end of the debate. The NSW government should examine alternative options and consider a phase out process.

Payroll taxes are a 6% slug on employment. The NSW government, at the very least, should support a rebate for payroll tax inputs on exports.

It is appalling that companies such as Memtec, the NSW based high technology filter company, is battling away with the NSW Water Board to win a major contract to handle the filter/pollution needs.

Here we have an Australian company based in Japan, the USA and Europe with $100 million in turnover, fighting to be recognised by the NSW bureaucrats to be what it is: one of the world’s leading water filtration companies.

Local business should be assisted in taking advantage of the New Technology Centre at the University of Wollongong. This facility should provide important spin-offs for local industry, provided that inefficient government procedures do not prevent such utilisation. Further, with the very large problem of unemployment in this area, the Government should look to putting support up for world standard proposals which would lead to job growth in this area.

There seems to be an attitude within some parts of the bureaucracy that if it isn’t produced overseas, it’s no good. This must change.

The NSW government should adopt a fairer as well as a commercial-attitude to NSW industry.

4. Infrastructure Projects Should Not Be On The Back-Burner

In order to lift productivity in the wider Australian community major infrastructure projects should be supported.

The ACTU in their proposals on Employment Growth and Industry Development listed the rail links between Sydney, Melbourne and Canberra as major projects for support.  Road transport links in Northern NSW, including upgrading the Newcastle to Brisbane section of the Pacific Highway also need urgent attention.

Amongst the major infrastructures needs of NSW are in education and training.  Arguably, this should be the major focus of attention in a period of recession – so as to turn today’s idle time into tomorrow’s achievements. The recently released Carmichael Report provides a blueprint for the development of skills in industry. It is crucial that government seek the advice of industry and unions to ensure that the processes which are implemented, will benefit the employment and industry. To date, the NSW government has not taken the lead in this regard – but it should!

Now is not the time to cut back the training effort in TAFE and labour market adjustment.

The government should promote major community infrastructure projects in

Some might be surprised that I note sport on this list, however, I believe that the Illawarra region has much to offer the Sydney bid for the Year 2000 Olympics. The natural beauty of your coastline and mountains makes Wollongong an ideal location for sporting events. This, again, would provide much needed employment as well as providing a boost to the growing tourism industry.

5. Tourism is a Winner

In the medium term, one of the biggest sources of economic growth and increases in employment will be tourism. It will be a winner in the 1990s. This is certainly true for the Illawarra region. Government should be looking to assist in this process in every way possible as such assistance will not only provide short term employment, but will lay the basis for long term industry development.

The Premier should become the Minister for State Development and Tourism and ditch the Treasury portfolio to a senior, capable Minister (if he can find one)”. Premier Fahey is not an economic manager – he should not try to be. Perhaps he could usefully contribute by becoming the Minister for Tourism, as Premier.

State Development and Tourism are too important to be relegated to a junior and invisible Minister, or the infamous and repugnant Mr Yabsley.

The NSW government should be active in ensuring that Australia’s immigration policies work for NSW.

Obviously, in a period of recession reductions in migrant numbers will occur.

But NSW should have an opinion about the whole issue. There is a need for improvements to the new business migration programme which was announced by the Federal government. Attracting better skilled migrants is another issue at the cutting edge. NSW should seek to influence the debate.

An important factor in the development of the community in the Illawarra has been the successful development of a multicultural spirit. In the long term a bigger, more skilled population should benefit Australians, Australian industry and provide opportunities for growth.

Co-operative industrial relations – as part of the overall move to a more flexible, enterprised based system – is critical to Australia’s future.

The Labor Council remains at loggerheads with the government over the extreme features of the NSW Industrial Relations bill. Now that the Premier has achieved his goal – of becoming Premier, he should review the legislation and take notice of the many employer organisations and unions bodies who continually say that the new system just is not working.

8. Micro-Economic Reform Needs to be Accelerated

The ACTU document on Employment Growth and Industry Development observed that there has been a ‘relatively fast rate of adjustment to tariff levels when compared to micro-economic reform’.

In other words, there is a keenness to ensure that changes in the State dominated areas of electricity, waterfront and transport achieve best practice standards.

That should lead to an increase in expectations and requirements about resources in those areas – not a winding back of expectations, performance or resources”.

9. Boosting Confidence in Economy a Key Task of Premier and Ministers

Instead of playing the political game of bagging Canberra for everything, the NSW government should be talking positively about the investment and employment opportunities in NSW.

Business and Consumer confidence is one of the key aspects of any well-performing economy.

Governments can make a difference to that occurring.

Postscript (2014)
The above critique of public policy with suggestions on what to do better was typical of the many speeches I gave in this period. If the Labor Council was to have credibility in the wider community, we had to present ourselves as thoughtful people worth listening to – on more than just industrial relations.