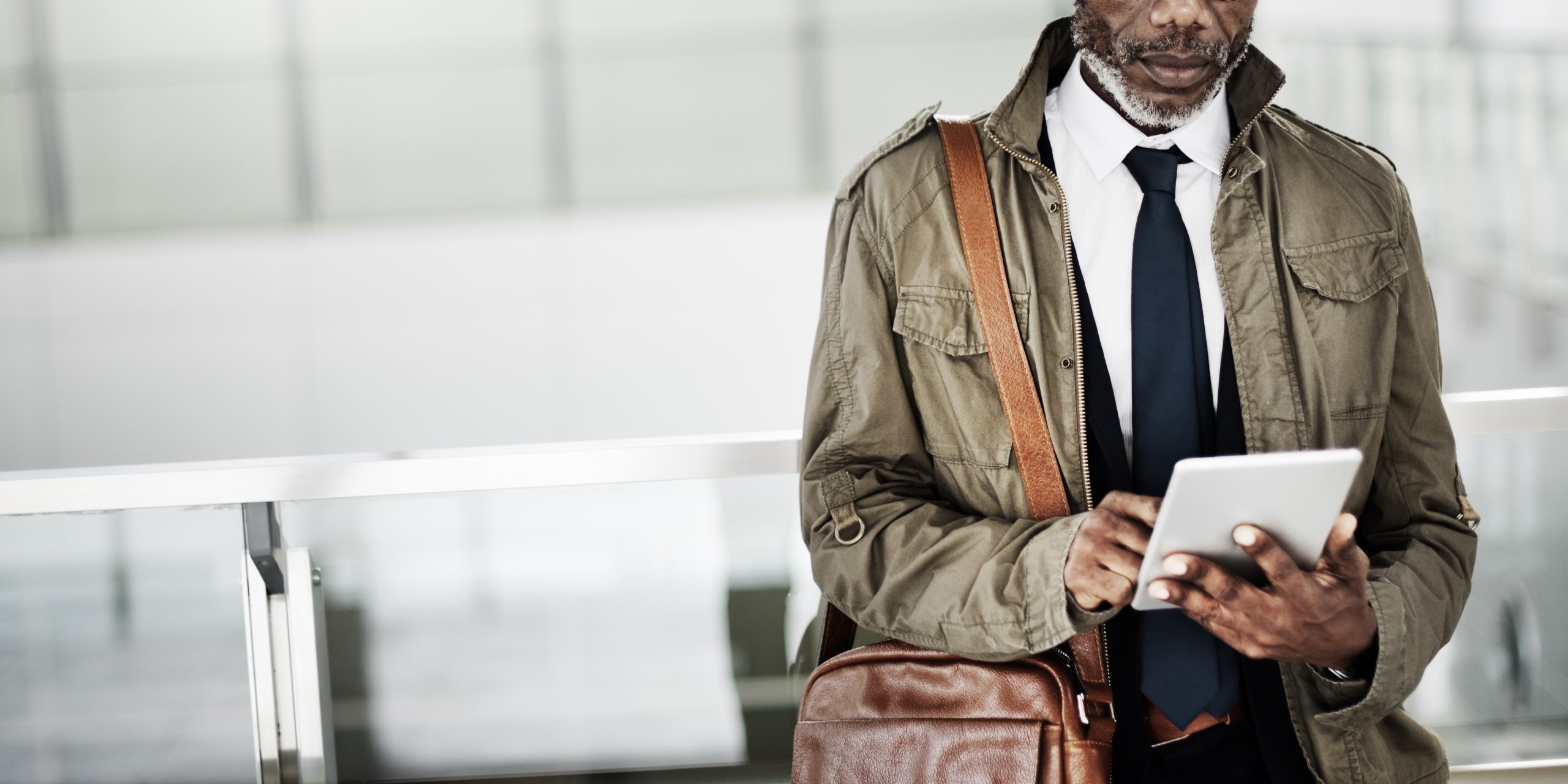 I begin by thanking the State Chamber of Commerce and Industry for the opportunity to present a union point of view to this seminar. There is a need for seminars such as this one to ensure that all users of the NSW industrial relations systems are aware of the options created by the new Industrial Arbitration (Enterprise Agreements) Amendment Act, 1990.

The State Chamber of Commerce in its publicity material for this seminar claims it is “the only employer organisation in NSW that has been seen to be in support of the reforms”.

If this is a statement about public perceptions of the Chamber’s support for the radical program of reforms announced by the Griener government at the time of the release of the Niland Green Paper, this is probably correct. If, however, it is a statement about the current set of reforms embodied in the new Act, I would doubt that it is an adequate statement of the situation.

Given the extraordinary fanfare that greeted the recent launch of the new legislation, which invoked claims of the “revolutionary” or “radical” nature of the legislation in ushering in a “landmark” new era of industrial relations in NSW, one could be excused in forgetting that the government’s legislative reform package was effectively defeated in the Parliament. The fanfare that greeted the legislation is more indicative of onset of an early State election than any new era of industrial relations.

The proposals for reform advanced by the Niland Green Paper were indeed “revolutionary proposals” which would have ushered in an era of industrial relations significantly different to the present.

The Niland proposals would have created an industrial relation system based on collective bargaining, populated by enterprise unions, operating on an industrial calendar dominated by the “interest” versus “rights” dichotomy.

It cannot be denied that in general the Niland proposals presented a well-structured alternative model of a workable industrial system. Unfortunately for Niland, it was a model that nobody, including the government, wanted. The government, it should be recalled, moved very quickly to distance itself from the interest/rights distinction.

The government’s rejection of the distinction, with its recognition of the legal right of unions to engage in industrial action during the interest phase of the industrial calendar ensured that the government would not be able to deliver on its promise of radical industrial reform.

Niland had correctly recognised that the only real choices the government had was between a tribunal model of industrial relations, where there was no legal right to strike such that the industrial tribunal settled industrial disputes, and a bargaining model where the industrial parties were free to negotiate a contract using all the leverage at their disposal.

The unions and most of the employer organisations support the tribunal model.

Despite this, the government tried in its Industrial Arbitration (Enterprise Bargaining) Amendment Bill, 1989, to introduce the bargaining model without the interest/right provisions. If this Bill had of been passed, the unions would have been forced into a bargaining model which was designed to prejudice the unions’ ability to negotiate on an equal footing.

The Bill was regarded by the union movement as an Anti-Union Bill. The NSW Legislative Council took the same view.

The users of the NSW industrial relations system are not convinced of the benefits of moving away from the tribunal model.

The government, being either slow learners or stubbornly persistent, made another attempt to introduce its lop-sided changes to the industrial relations system late last year.

The second attempt, the Industrial Relations Bill, 1990, met with the same broad opposition as the first. Again, many leading employers and key employer organisations expressed concern about the Bill and the government’s lack of understanding of industrial relations.

The opposition to the Bill was further heightened by the government’s mishandling of the legislative process.

There was very little consultation. The Bill was rushed through the lower House within a week of being tabled and debate was gagged. As a consequence, the minister was summoned to the upper House to debate the Bill. The Bill was so badly drafted that the government proposed nearly 100 amendments to its own legislation to correct oversights.  The ALP and Democrats proposed numerous other amendments to the Bill.

The result was inevitable. The legislation was severely amended and ultimately withdrawn in favour of the “bite size” approach.

During the course of the debate on the Industrial Relations Bill, the government made a number claims about the primary intent of the Bill which are difficult to reconcile with reality.

The government claimed that the crux of the legislation was the issue of “compulsory unionism”. Yet the Bill contained only one area that in any way impacted on alleged compulsory unionism and that was in regards to preference to union members.

The government’s provisions far from attacking so called compulsory unionism actually introduced, for the first time in Australia, the notion of a statutory closed shop – subject to 65% support in a ballot, agreement by the employer and ratification by the Industrial Commission. (Cl.185)

The government’s provisions are more extreme than anything the union movement has ever supported.

The union movement does not support compulsion by statute.

The Labor Council is very much opposed to provisions such as the ones in the government’s Voluntary Unionism Bill, 1990, which appear to give employers the right to dismiss an employee who does not join the relevant union where there is a new statutory closed shop in place.

Historically, the unions’ view has been that, to work effectively, a system of centralised conciliation and arbitration must in the words of the current Federal Industrial Relations Act “encourage the organisation of representative bodies of employers and employees.”

Preference for unionists has been one mechanism used to facilitate the encouragement of organisations of employees.

Another claim that the government has made that is not borne out by reality is the idea that the labor movement is opposed to enterprise bargaining.

This is not correct. The union movement is not opposed to enterprise bargaining.

This claim is amazing in light of the recent campaign of the unions around Accord Mark VI to convince employers of the merits of enterprise based productivity bargaining.

However, it is true that the unions have opposed the government’s specific model of enterprise bargaining.

Enterprise bargaining must be accompanied by an appropriate level of equity and fairness. The pay and conditions of the industrially weak sections of the labour market must be processed through a system that ensures that those groups are not exploited.

The government’s proposals for “enterprise associations”, a feature of the first two Bills, were opposed by the unions.

It is the unions’ belief that the proposed “enterprise associations” had the potential to lead to proliferation of quasi unions at a time when every sensible observer of the Australian industrial relations system is calling for a rationalisation of the number of unions.

Further, the enterprise associations where structured in a manner where they could easily be transformed into either sham unions or strategically located associations of militant employees. Both alternatives are unacceptable to the union movement.

The government’s Industrial Arbitration (Enterprise Agreements) Amendment Act, 1990, the second of its so-called “bite size” legislative initiatives, is a much modified proposal to that advanced initially.  From our perspective, it is difficult to understand why the government is crowing so much about proposals that barely resemble the original.

The Act differs from the original enterprise bargaining proposal in a number of significant ways.

Enterprise agreements now must be approved by the Commission – instead of, as originally proposed, merely registered by the Registrar.

Those tests include a public interest test – the “harsh, unfair, unconscionable test”.

Enterprise agreements are now open to public inspection. They must be in the interest of the parties.

Peak councils such as the Labor Council now have a role to play in the process.

These tests and conditions are a significant advance on the original proposals.

The original Enterprise Bargaining Bill contained a number of provisions which would have caused the demise of section 11 agreements.

Section 11 agreements, which allow unions and employers to make a binding industrial agreement relating to an industrial matter and then have the agreement registered with the Industrial Registrar, are amongst the most flexible industrial provisions in the country.

It is therefore no exaggeration to claim that all the government has achieved so far in respect to enterprise agreements is an increase in the amount of regulation. The ‘free market’ government has added an additional tier or stream of regulation to the labour market in NSW.

Further, examined closely, there is very little difference between the government’s proposals on enterprise agreements and the current provisions of section 115 in the Federal Industrial Relations Act.

The Labor Council has supported the adoption of similar provisions to the Federal Act for some time.

Clearly, if the Act was limited to enterprise agreements there would be no opposition from the labor movement.

But this is not the case. The Act also provides a framework for so-called works committees and employees as parties to an enterprise agreement.

The union movement is opposed to those provisions and will continue to campaign for their repeal.

Theoretically these provisions have the potential to undermine the organised labor movement. I say theoretically because it is extremely doubtful if these provision would be subject to extensive usage once realised that the works committees do not have any legal identity as a body corporate. Further, as a consequence, fines of up to $4000 relating to industrial action would fall of the shoulders of individual workers rather than on the members of the works committee or the union.

In currently unionised areas the impact of the works committees are likely to be minimal for a number of reasons including the requirement that 65% of employees at the work place vote in favour of the formation of a Works Council in a secret ballot.

The ability of union officials to hold positions on works committees should also ensure that the councils do not operate in a manner that would undermine trade union coverage.

In non-union workplaces the collective activity required to establish the works committees may even in time increase the propensity for unionisation.

The Works Councils nevertheless have the potential to cause difficulties at the workplace.

The minister claimed in his second reading speech that the role of the works committee was to “afford a facility for the enterprise employer to bargain with a localised employees’ unit”. The question left unanswered by the ministers’ claim is how localised is localised?

In conclusion, it is the Labor Council’s view that the government’s enterprise bargaining reforms are far from being the most appropriate industrial relations reforms. The government in many ways has failed to be innovative in the areas that require innovations and where innovations would have received broad support, for example, the Act does not provide provisions such as those in the Federal Act for rationalising union coverage at the enterprise level.

Conversely, the government has sought to innovate in areas which have very little support. Provisions such as those for the works committees are a good example of unwanted innovation. Much of this unwanted innovation is driven by an ideological obsession with the so-called monopoly powers of unions. Ideological obsession is not a sound basis from which to approach fundamental reform.