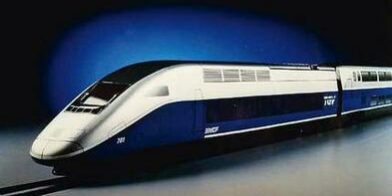 Saturday’s Sydney Morning Herald article (http://www.smh.com.au/news/national/the-boomerang-train/2008/08/22/1219262525226.html) on Western FastRail (WFR) by Linton Besser is inaccurate, dishonest, and poor journalism. And it ignores a key point: the WFR consortium proposes that any high-speed link to western Sydney be competitively tendered.

Some factual inaccuracies: my business partner, Shane Geha, was never married to Catherine Harding (this was corrected in today’s paper). I do not own the Allied Mills site at Summer Hill; superannuation fund investors do. EG Funds Management, which I chair, manages that investment. I am not involved in any property investments in Parramatta or further west, nor do I have any personal property investments that stand to benefit from the construction of any such link. Peter Hicks, whilst in government, was never involved in the assessment of the then Lend Lease proposal for Western line rail improvements.

It would have been nice to be asked about the WFR proposal, its merits, what has changed since we started. I asked to meet Mr Besser to discuss such matters. He was only interested in “an interpretation of the people involved and their connections” as he put it to me on Thursday. This is not transport reporting, it is character assassination –  together with sneers and half-baked “join the dots” connections that are indicative of a low interest in the facts.

Anyone reading the article would think that WFR is a conspiracy by Labor mates against the public to get some hair-brained idea up. Wrong. We have played by the book and deserve a fair assessment.

Some ideas never die because they are sound. Western Sydney needs better transport links. A high-speed link to Penrith ought to be part of the answer to Sydney’s beleaguered transport system. Any government worth a candle would examine that need, regardless of whether we have a cracker of an idea or not.

In a nutshell, WFR proposes an underground tunnel from Parramatta to the City with limited stops, building two new lines from Penrith (or Emu Plains) to St Mary’s and then either sharing of services (as we proposed in 2005) or two new tracks from St Mary’s to Westmead (as we proposed in 2007). A distinct line would then be operational with 11 minute journeys to Parramatta, 18 to Blacktown, 30 minutes to Penrith. Standard, international rolling stock would operate on the network.

We estimated in 2007 that the costs would be $3.2b including rolling stock plus the cost of the St Mary’s to Westmead leg of the journey (estimated by SKM at $700m).  High speed services would stimulate employment growth in areas like Blacktown and Penrith. Pollution in Sydney would be substantially cut by more people using rail.

Obviously with government support (facilitation, sharing of tracks or building of new lines from St Mary’s) this project needs to be put to the open market.

WFR has only ever wanted a fair, robust assessment. We soldier on because we are not giving in until that happens.

When Mr Besser contacted me mid-last week about his story, I explained in writing and over the phone that when we submitted our ideas in 2005 and freshly in 2007, we proposed that if the FastRail idea or a variant got a tick of approval then it would be competitively tendered. Thus, ultimately we join a queue and take our chances. The government has guidelines on unsolicited projects. This requires that the Head of Premiers form an independent view of the merits of a proposal and if it passes that “worth a look” test, then a review is undertaken and a Preliminary Assessment made.

In February 2007, Dr Gelattly, then Head of Premier’s Department, wrote to me as Chairman of the WFR Consortium proposing that over a six month period a government working party chaired by him and consisting of all the relevant government agencies would meet and assess our proposal.

Peter Hicks from Leighton Contractors was nominated to be the point of contact between WFR & the government.  WFR obtained new reports by independent engineers SKM on the cost of the tunnel from Parramatta to the City, a further SKM report on patronage and surveys from public communications firm URM, gauging public support for the project and fares, which were submitted.

Since Dr Gellatly retired, we have had little contact with the government working party. Over a nine month period we had no feedback other than verbal assurances that WFR was being examined.

On June 24th we were verbally told by the NSW Co-Ordinator General in charge of the metro projects that our figures were under-estimated. We asked for details and a Preliminary Assessment, as required under government guidelines, so that we could test these vague, unquantified statements.

At a meeting on August 13th government representatives said that with the concentration on metro projects, WFR had fallen through the cracks.  And that we were entitled to feel aggrieved. We were then promised a review of our costings. This is our complaint: despite spending $6m on the project to date we have not as yet received any meaningful feedback. Sadly, this is government in NSW – which is the real WFR story.

It is fair to consider what might be the real costs. Flung in our face are points like the Epping Chatswood line costs $2billion and rising (original cost estimate $1b) as evidence that we have under-estimated our costs. This is a whiteboard analysis, referencing a very different project and different delivery methodology. Leighton Contractors alongside Sinclair Knight Merz, with plenty of tunneling expertise, are not incompetent in estimating costs.

Government cost estimates have included costs for land already in government ownership and contingencies needed for a government delivered project, not a private sector delivered project. Indeed, we have repeatedly asked for a detailed review by government of our costings and would welcome such a debate. In this context it is also worth mentioning, Leighton Contractors have offered if selected to underwrite costs on an agreed route. This is a watertight transfer of risk to the private sector.

In April, Premier Morris Iemma announced a $12b north west metro line and the examination of an inner western metro line (estimated in this newspaper as costing between $5b to $9b). The inner west metro, like WFR, proposes an underground tunnel. Over the next decade, Sydney, after London, will be the largest investor in rail transport in the western world. Determination to do something is overdue. The Federal government is funding $20m of research into the feasibility of these projects. Three cheers for also thinking Penrith commuters need a thought.

Doing something for “far western Sydney”, as the rest of Sydney calls the suburbs where most people live, is a matter of priority and choice.

Clearly WFR competes with the inner west metro because I do not believe two underground tunnels will be built from Parramatta to the city.

The inner west, from Parramatta inwards, is an area of Sydney comparatively well treated to rail and excellent government bus services. Far western Sydney is not so lucky.

Interestingly, the Co-ordinator-General’s office is in charge of both championing the proposed metro networks and in charge of assessing WFR.

Over the years, members of the WFR consortium have become used to unsourced attacks in the media from vested interests in the bureaucracy. After boiling the article to its facts, the only wrong-doing that Besser accuses WFR members of is a persistent faith in the merits of our proposal and a determination not to give up until we have received a fair hearing.

The key fact omitted in last Saturday’s article is that, our proposal if successful, would be subject to competitive tender – no favours asked for, no favours given. It is a shame that Besser chose to ignore this truth and was seduced into ‘join the dots’ smear journalism.

The article published in Crikey was originally submitted to the Sydney Morning Herald, but was declined.

Part of the real story on Fast Rail is told in an Appendix of my Melbourne University Ph.D. thesis on transport policy development in NSW.

Just before my Crikey article was published, reporter Andrew West wrote an article, ‘Please Explain: FastRail Fumes Over Rejection’, Sydney Morning Herald, 25 August 2008, which briefly outlined our case. He quoted me as saying:  “Western Sydney needs better transport links. A high-speed link to Penrith ought to be part of the answer to Sydney’s beleaguered transport system. Any government worth a candle would examine that need regardless of whether we have a cracker of an idea or not.”  And that: “We have played by the book and deserve a fair assessment” and “WFR has only ever wanted a fair, robust assessment. We soldier on because we are not giving in until that happens.” The article stated that the then NSW Opposition supported a more detailed examination of the proposed fast-train project. The article said: “The transport spokeswoman, Gladys Berejiklian, said that before the last election, the government had indicated it would seriously consider the proposal. ‘Now they have done a total backflip,’ she said. ‘The people of Western Sydney deserve to have this proposal looked at seriously’.” There the matter has rested – asleep, not dead.