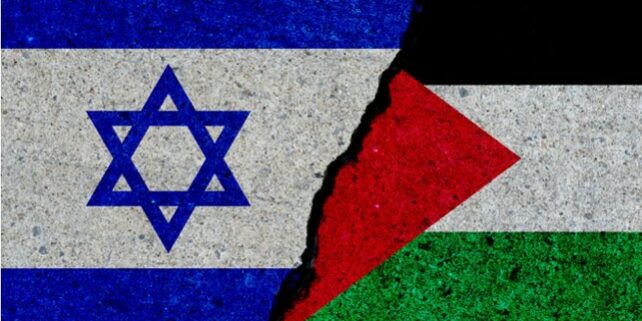 Article submitted to John Menadue, editor and owner of the blogsite Pearls & Irritations, in response to Bob Carr’s article ‘Is criticism of Israeli settlement policy anti-Semitic? Israeli nationalists insist it is’, 6 June 2022.

Anyone who thrived in the Bear Pit of the NSW Parliament, where the finer points of civil debating etiquette are not rigorously followed, is bound to be colourful in argumentation. Which brings me to Bob Carr’s polemical article ‘Is criticism of Israeli settlement policy anti-Semitic? Israeli nationalists insist it is’ (Pearls and Irritations, June 6).

The former NSW Premier throws everything at my mild rebuke of his earlier article (June 1) which had insinuated that the Australian Jewish community, or as Bob put it, “the Israeli Lobby” are a sinister cabal of right-wing extremists, and “the best funded foreign influence operation in Australian life”.  (Not that there’s anything antisemitic about that characterisation, he tells us).

In his latest philippic, Bob utilises a strawman about antisemitism (how the International Holocaust Remembrance Alliance spells the term) – and Israeli settlements. I know of no Australian Jewish community representative body that has said that opposition to settlements is ipso facto antisemitic. If there are, Bob, please let P&I readers know.

Bob misquotes himself saying that he actually referred to the “Israel Lobby”, whereas in fact his article uses the term “Israeli Lobby” at several points. Bob now says: “I used the term ‘Israel lobby’ because that’s what it is.” It is not too much to ask for him to quote his own language accurately. His formulation – “the Israeli Lobby” – caused my ears to prick up. As if the whole Australian Jewish community could be dismissed with a verbal flourish that they are “Israelis” – implicitly, not belonging here as Australians.

Bob misses the point. Australian Jews overwhelmingly (88% according to a Monash University survey) feel a sense of responsibility to ensure that the State of Israel continues to exist in peace and security, because they see it as in their own interests, and in Australia’s interests, and in the interests of western democracy more broadly, not because they are under “foreign influence”.

Bob makes up claims about unanimous votes in 2014 at the NSW ALP Conference on Israel-Palestine and falsely alleges that on another occasion I tried to manipulate things so that no debate on the issues occurred at an ALP Conference. In 2014, the vote was carried on the voices, very decisively. But why make up and share the falsehood that no-one disagreed? Even with my hard-of-hearing ears I heard many voices against. A similar on-the-voices vote occurred a few years later at a Conference where Bob declared beforehand “if this is carried, you’ll hear nothing further from me.” Fatuous words from what we now know.

Bob alleges: “Michael Easson’s sensitivities about Israel run very deep.  When it became clear that the state ALP conference for the second time was to endorse recognition of Palestine he proposed that the motion be moved, seconded and carried but with no speeches either for or against, as if Israel, armed to the teeth and committed to an endless occupation, is too fragile an entity to have its virtues and defects canvassed in the light of day.  I rejected the proposition.” This is totally false and weird as we agreed on the formulation of words that year, and I was delighted with the ensuing debate at the NSW ALP Conference.

Bob knows I’ve written about those debates at ALP Conferences and my denial of the made-up claim that I wanted to kill debate and tried suffocating free expression. I have witnesses that this is the truth.

ALP members are overwhelmingly sympathetic to recognising both Israel’s and Palestine’s sovereignty behind secure and recognised borders. I am at one with this strategic objective.

Back in 2014, a year Bob makes so much of in his article, he argued for a demilitarised Palestine controlling its future territory with international peace-keepers. I wondered then as now if Hamas would agree. Is that why we hear so little about this idea from Bob today?

On one point, Bob is correct. Some voices from the Australian Jewish community can be too harsh in their criticisms of Labor, Michael Danby included. But wouldn’t you expect diverse and interesting views, sometimes vigorously advocated, from such a dynamic community?

Carr’s article seems to confuse me with Sharri Markson. The worst kind of Bear Pit ad hominem argument is deployed when Carr says: “Any comment from Easson on the violent death of Shireen Abu Akleh? Or on Israel’s refusal to have an inquiry into how an American Palestinian reporter came to be shot? I assume that were Western critics to hammer this outrage they would draw the whispered word ‘anti-Semitic’.”  As a member of the journalists’ union in Australia, I support a fully-independent investigation, not a kangaroo court or a lynch mob media hanging. It is a monumental tragedy and an outrage that she died. The whole truth must come out.

Why would I want to thwart any investigation through the whisper of “antisemitism”? It is obsessive and dishonest to think this way or to link me to such thinking. I think for myself.

Bob fails to admit that he was wrong to conflate the Australian Jewish Association (AJA), led by a Nigel Farage-like zealot, with barely any supporters, and a social media page, as if the AJA is part of the Jewish mainstream. Bob’s original article stated: “The lobby is accommodating new right-wing voices, specifically the [AJA].” If he didn’t know then, he now knows that body is unrepresentative and disavowed by all the main Jewish organisations in Australia.

Bob writes that the ALP platform resolution towards recognition of a Palestinian State “was offered by the Executive Council of Australian Jewry (ECAJ) as a reason for favouring the Coalition”. I checked this out. This is an outright falsehood.  The ECAJ noted the resolution and noted the concerns that many Australian Jews have expressed about it, but the ECAJ made no recommendations whatsoever about how people should vote.

As someone of Irish extraction, I am familiar with the canard deployed for over a century in this country about the supposed disloyalty or dual loyalties of my people. I react with comparable alarm and distain when I hear the same sort of canard said against Jewish Australians. They are not Israelis. They are Australians. The term “Israeli Lobby” is a contemptible phrase, meant to hurt. It is what Bob used in his first article.

Please Bob, instead of this mud-slinging, let’s concentrate on the practical and noble objective of a two-state solution, through people-to-people co-operation, society- and civil organisation- building, and, yes, the creation of a thriving Palestinian state. The latter is worth striving for.

As Bob Carr’s article made numerous references to me and began by saying I was an isolated figure in the ALP because of my views on Israel/Palestine, I thought it only fair that there be a right of reply. Hence, I immediately wrote this article and submitted to John Menadue. As Menadue, a man I regard of high integrity, a former Murdoch consigliere turned fierce critic, who has campaigned for media diversity, higher standards including fairness – all views I agree with (I donate to his website) – I expected a positive response to what I wrote. No doubt after sharing with Carr, Menadue wrote back: “I will not be posting. You have had a good run. I think your views are indefensible and offensive towards others.”

John, I woke up this morning and see another attack in P&I. Robust debate is to be encouraged. Bob Carr wrote a piece which you published making all kinds of unfounded accusations about a range of people.  I wrote a rebuttal, which you were good enough to publish.

You then gave Bob a second go in which he tried to repair the errors in his first piece and attacked me personally for good measure.  Having done that, I think you are ethically obliged to give me a second right of reply.

I sent you that second reply. You came back with a query about whether I needed to disclose a conflict of interest.  I answered that I have no such conflict. Now you say my views are “indefensible and offensive to others”, without any specifics or explanation. That sounds like yet another poor excuse for refusing to publish my response to Bob’s second piece and to defend myself from personal attack. If anything is indefensible, it is that. Please reconsider.

A friend or two also asked Menadue to allow publication. But he was not for turning.

Pearls and Irritations publishes some excellent articles by insightful authors, especially on economics, social policy, and Australian politics. I have come to learn, however, that John has blind spots on Israel/Palestine and on China. On Israel/Palestine, we all agree on a two-state solution, the need to treat all peoples with respect, that the occupation is a fraught tragedy for all, and so on.