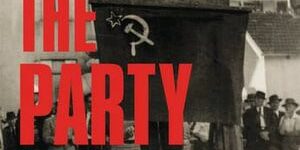 Review of Stuart MacIntyre, The Communist Party of Australia from Heyday to Reckoning, Allen & Unwin, Sydney, 2022, published in the Australasian Parliamentary Review, Autumn/Winter 2022, Vol. 37, No. 1, pp. 187-193.

This thoughtful, well-researched, yet sometimes frustratingly opinionated book, The Party, covers the history of the Communist Party of Australia (CPA) from 1940 to 1970. An earlier work by the same author, The Reds, traversed party history from formation to illegality in 1940 (Stuart Macintyre, The Reds: The Communist Party of Australia from Origins to Illegality, Allen & Unwin, Sydney, 1998.) Sadly, the author died after correcting page proofs, and therefore the final few decades of the story will need someone new. Macintyre argues that communism “was a political movement like no other, unique in its scope and in the commitment” required and whose demands were “utterly different from conventional parties.” Although Macintyre does not put matters in these terms, communism in Australia as elsewhere was an eschatological movement, with its creation myth, holy books, villains, and redemption story. Party leaders pronounced on “the dictatorship of the proletariat”, “bourgeois legality”, espoused techniques of deception, and proposed hidden revelations through “dialectical” reasoning. Members were supposed to take such doctrine, ideological logic, and jabberwocky seriously. In conducting his analysis, Macintyre issues an escape clause: “My primary purpose… has been not to attempt a comprehensive account but to explain the breakdown of older certainties.” Does he succeed? Despite, during the writing of this tome, ill-health, and limited access during the Covid pandemic to original source material, in depth of analysis and in scholarship, he very nearly does.

The first 250-pages of Macintyre’s narrative covers the decade 1940-50, which mostly coincided with the Australian Labor Party (ALP) in government under Prime Ministers John Curtin and Ben Chifley. The period covers the CPA’s illegality (1940-41) caused because the government with bi-partisan support decided that the CPA was a security risk. The Soviets and Nazis were in alliance – as one-by-one European countries were conquered or invaded. The party expressed vacillating indifference to hostility to what the leadership called “an imperialist war” – World War Two. Then there was the underground period (1940-42) when, interestingly, the Labor government hesitated before lifting the ban on the party until certain there would be full-support for the war effort. Then the resurfacing as pro-war enthusiasts, immediately after Hitler’s Operation Barbarossa, from mid-1941, the invasion of Soviet territories and ‘mother Russia’. Also covered are changes in relations with the ALP, moving from friendly to aggressive offense which did so much damage (coal strikes led by party members in the mining unions in the winter of 1949, especially) to the survivability of the Chifley Labor government. He claims Chifley resisted the Cold War. If so, communist infiltration of the bureaucracy, particularly in External Affairs, put paid to that.

Macintyre defends the weighting in the book to the 1940s as this was the “decade in which communism exerted its greatest influence” in Australia. The final 150-pages begins with several chapters, ‘Survival’ and ‘Revival’, on the fierce fightback within and by the ALP against CPA influence in the unions, including the formation in the early 1940s then in 1955 the acrimonious dissolution of the organised ALP Industrial Groups (leading to the Democratic Labor Party). Catholic Action was part of that complex story. The defeat of Menzies’ government’s efforts by legislation and referendum to ban the CPA was another highlight of those times. Then there were new avenues after 1955 for ‘partnership’ and ‘united front’ activities with the left of the ALP. This is followed by several chapters, ‘A House Divided’ and ‘Cannot Stand’ on splits in the CPA which, following expulsions, departures, resignations, and splits led to an independent CPA line, no longer in thrall to Moscow. (This includes consideration of the Hungarian and other eastern European uprisings in 1956, the Sino-Soviet splits from the early 1960s, the Soviet invasion of Czechoslovakia in 1968, the ‘Gramscian appeal’ of the Italian Communist party.) Often in bitter rivalry, sprang the pro-Beijing Communist Party of Australia (Marxist-Leninist) (CPA M-L) from 1964 and the Moscow-aligned Socialist Party of Australia (SPA) from 1971. During this period, various unions – the Metal Workers with the CPA, the building, maritime and seamen unions with the SPA, the Builders Labourers Federation with the Maoists – lined up with different parties, with the CPA dominating numerically compared to the other grouplets. The book’s epilogue sketches directions post 1970. Additionally, there is a comprehensive bibliography and index.

There are some debatable points in the book. For example, Macintyre says of Lenin’s followers that they styled “themselves the Bolsheviks (or members of the majority),” missing the irony. The so-called Bolsheviks split in 1912 from the Marxist Russian Social Democratic Labour Party because they were a minority. Mensheviks, the moderate non-Leninist wing of the party, were clearly ascendent prior to the ‘October Revolution’ or coup in 1917. Macintyre comments that “the party degenerated after Lenin’s death into rule by a single person” a version of the good-man-Lenin compared to the bad-guy-Stalin interpretation. But from the start, Leninism was ruthless, bloodthirsty, and dictatorial. The Bolsheviks violently seized power from the provisional government of Alexander Kerensky, the leader of the Mensheviks, and the coalition of social democrats, liberals, and reformers who predominated from July 1917 in the Duma, the Russian parliament. From the beginning of the Soviet state, dissenters, ‘class enemies’, and opponents – actual, and those deemed potential opposition (kulaks, for example) – were fed into the human meat-grinder of Soviet communism during Lenin’s rule. He was no saint.

At the beginning of 1945, there were just over 22,000 members, the height of party membership. With the party’s zig-zags in policy positions, notably the 1939 Ribbentrop-Molotov Pack, and whether World War Two was just a fight between imperialists or a fight to the death to defeat fascism, Macintyre observes: “Obedience required pliancy, and too many calls on pliancy resulted in cynicism. A further theme of this history is the debilitating effect of this habit of denial.” This captures an aspect of what it meant to remain or leave, and why in the three decades covered by the book around 100,000 persons passed through the party in Australia, most leaving in disillusion. Neal Wood’s Communism and British Intellectuals explores why members in that nation soldiered on despite radical shifts in policy directions, gulags, policy contortions, disappointments, and the unable-to-be denied drab reality of what political theorist and economist Alec Nove, son of Menshevik exiles, called “really existing socialism”. Wood mused that “not all communist intellectuals or even a majority are necessarily neurotic.” The wonder about those loyally adhering to the shifting party ‘line’ surely applies to both workers and intellectuals, not just the latter. Wood went on to argue that members rationalised that nothing is perfect: “Communist politics, like bourgeois politics, is fraught with tragic undertones.” Perhaps this is a reason why ‘democratic centralism’ was accepted: “Once the Communist Party made a decision it had to be embraced by all members. Any lingering reservation, any failure to implement it unquestionably, was a breach of discipline.” This was the Leninist position on party discipline, what members had to comply with or face expulsion.

Given its record from 1939-41, it is ironic for Macintyre to title one chapter ‘The Leading War Party, 1942-45’. But Macintyre intends no irony; he makes many declarations about and denotes the CPA as “the leading pro-war party” (my emphasis). As the war was ending and thereafter later in the decade, industrial disputes escalated in mining, metal, manufacturing, and maritime industries, many led by communists in the unions in those industries. Macintyre refers to the 1949 coal strike as “the last and most costly of these industrial confrontations.” Macintyre’s work complements and surpasses – in scholarship, access to records, analysis, and interpretation – other accounts of party history, including John Playford’s 1962 doctoral thesis and Alastair Davidson’s history covering much of the same period. Macintyre sees that “communism charged the lives of its adherents with significance.” Not only through party meetings, union ‘fraction’ meetings, and a vast infrastructure of satellite organisations or fronts – the Workers Art Club, the New Theatre, Left Book Club, Friends of the Soviet Union, and many more. In the period covered, nearly all the leadership and leading functionaries were men. In the 1930s, in consequence of the Depression, the radicalisation of many workers looking for explanations and solutions, a small sect was transformed as communist leaders won control of many of the big unions. One of the more impressive, Jim Healey of the Waterside Workers, is described as a “large, companionable man of deliberation, insight and integrity.”

As a sidelight, Macintyre confirms that Arthur Gietzelt was a party member writing under the pseudonym ‘Arthur James’ in communist publications. (Macintyre’ discussion about Gietzelt, who was the ALP campaign manager for the 1952 by-election for Werriwa, requires correction. Gietzelt in the pre-selection supported, not Whitlam. In June 1977 after Gietzelt was balloted out of the Shadow Ministry, Whitlam bragged at a press conference that the new line-up was ‘infinitely better’ than the near identical previous Shadow Ministry. The two were lifelong political antagonists.)

There were other double ticket holders, for example, Don Mountjoy. The CPA in the 1970s was Macintyre’s party. He has affection, reflected in some parts of the book, for stories he heard. At times, however, this descends into the overly subjective. For example, he describes the Laurie Short leadership of the Federated Ironworkers Association (FIA) as at least as ruthless as its predecessors. Really? The communist leadership – thuggish, ballot-rigging, doctrinaire – of the FIA lost control in the early 1950s after the courts ruled on ballot fraud on a vast scale. Sometimes, Macintyre shows a tin-ear to the reasons communists were opposed. In passages, Macintyre risks romanticising their progressive role in the wider labour movement, which begs the question as to whether Macintyre ever understood moderate and right-wing Labor and the non-communist Labor Left, in combination, the traditional ALP ‘true believers.’ There is an under-explored paradox of Australian hard-left dogmatists who made thoughtful, active contributions domestically for equal pay for women, Aboriginal rights, and other areas. The blight of Stalinism, it seems, did not blind cadres, the communist outsiders in their society from critiquing and advancing radical remedies for real, sometimes under-rated problems, that often found wider resonance, and induced reform. Outsiders can bring a creative scepticism and fresh perspective that helps decision-makers consider better and more options. This might seem surprising. At the end, Macintyre warmly refers to “the meaning and purpose they found in carrying out their duties.” Influence, impact, and success, however, turned on the underlying strength of Australian democracy.

A weaker polity might have succumbed to insurrection. The more extreme and hostile the communists were to mainstream Labor, the greater the negative reaction; the more ‘revolutionary’ the party, the less successful. It was when the CPA ceased to be a Leninist party, neutered as its far-left critics would say, that some of the good ideas of its members seeped into the consciousness of the wider society. Though, usually, this was despite the organised presence of a party whose name no longer denoted its original meaning. Curiously, in pursuing an independent, democratic, ‘Australian path’ – neither “Moscow’s or Peking’s” – the CPA leadership’s rhetoric sometimes invoked democratic centralist principles to command loyalty from recalcitrant members. Reflexes come naturally. By then, the breakdown of older certainties was complete; the CPA in the 1970s and onwards was nothing much like what it had been – a Leninist party.

The editor wanted references and proposed that in the published version, numerous footnotes were included. For readability, I have removed footnotes but here I refer to names and sources. Some names mentioned in the review were:

The articles and books referred to were:

Stuart Macintyre, The Reds: The Communist Party of Australia from Origins to Illegality, Allen & Unwin, Sydney, 1998.