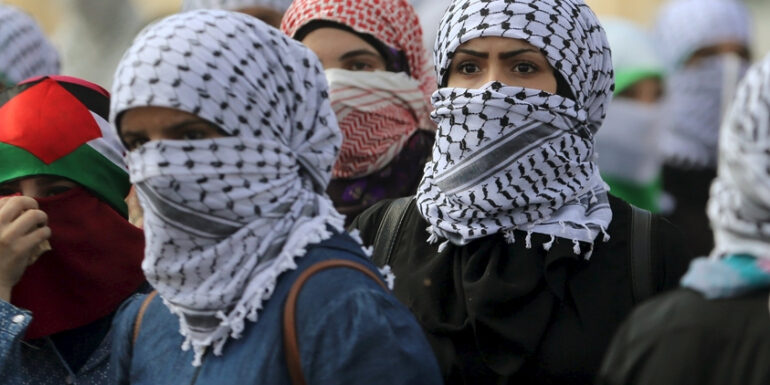 The violence in Israel does not do the long suffering Palestinian or Israeli peoples any good. What’s behind this mess? It is now clear that this Intifada was planned in advance. The visit to the Temple Mount by Ariel Sharon occurred after he received permission. This so-called provocative act was approved by both the government of Israel and the local Palestinian authorities. Mr Sharon’s intention was to see, precisely, the parts of the Temple Mount that the Barak government was gearing up to offer the Palestinian Authority.

At the recent Camp David peace talks the Israeli Prime Minister offered:  the creation of a Palestinian State in 95 percent of the West Bank, broad civil administrative control for Palestinians in the Old City of Jerusalem and in Arab East Jerusalem, Israeli acknowledgement of the suffering of the refugees and the absorption of tens of thousands of Palestinians. This development has now been derailed by the Intifada. Barak is weaker. The peace movement in Israel is damaged. Yet surprising as it may seem to some, at least until recently, the bulk of the Israeli electorate, is happy to accept a Palestinian State. The prospect, however, of an ongoing uprising by Palestinians will simply adjourn the arrival of this State.

Sadly, the fearful problem seems to be that key elements of the divided Palestinian leadership do not really accept the existence of Israel despite their recent declarations to that effect. A military solution to this matter is not the road to success for the Palestinians.

Nobody will deny that life for Palestinians has not been easy since 1947. The continued existence of Palestinian refugee camps after 50 years is a disgrace. But why do these camps exist? It is partly because the leadership of the Palestinians has fostered the cruel illusion that eventually, Israel will be overthrown and the refugees will return to their homes and their past.

The current Intifada is a sign that too many Palestinians are still in the delusion that they can be successful if they just try harder. This mentality gave us the Western Front 1914-1918. Those opposed to the peace process ought to be asked: ‘what do they really want?’

The State of Israel will not succumb to insurrection, no matter how hard they try. The Palestinian case is worthy and they have a United Nation’s Resolution that mandates the establishment of a Palestinian State. It is in the interests of the Palestinians to negotiate, not to fight. Fighting may make them feel macho, but does nothing to solve their national problem. On the question of Jerusalem, I would mention that Muslims are not the only people with interests. Christians and Jews have valid and important concerns. The current conditions endured by Christians and Jews in lands ruled by Islam do not engender any great enthusiasm for handing over any Jerusalem holy sites without some serious negotiations and guarantees beforehand.

The current Intifada can be seen in a wider context of the crisis between the Arab world and modernity. Can they solve serious problems without recourse to fantasies like the overthrow of Israel and the childish branding of Great Satans? Until a modern mentality starts to develop, the problems of the Arab world – especially the problems of the Palestinian people – will roll around without reaching a point of closure.

This prognosis is not very optimistic and the accelerating violence does little to promote optimism. However one thing is clear. The real interests of the Palestinian people are not served by this “Feel Good Intifada”. Instead of blaming Ariel Sharon for their problems, the ordinary Palestinians should look at the fact that most Israelis are content to see a Palestinian State in exchange for the Palestinians seeing an Israeli State. Until this point is reached, it is all a big show off, this throwing of rocks and threats of murder on CNN. Not just show, as the rising number of dead and injured sadly indicate. Only the extremists can win out of this violence.

Once more I could not get this published.  Better writers than I were writing on the topic – so, no wonder.

Israel’s most highly decorated soldier, as Prime Minister in May 2000 he ordered the withdrawal of the Israeli Defense Forces (IDF) from southern Lebanon, ending 18 years of Israeli occupation.

Mid that year Barak led efforts to negotiate peace agreements with Syria and with the Palestinian Authority, although those negotiations did not result in final agreements.  By July-August 2000, the Palestinian-Israeli negotiations, brokered by the Americans, had ended in failure.

Barak was seen by the public as a strong leader who could be trusted on security issues.

The opposition parties, trounced in 1999 feared further marginalisation.  On 28 September 2000 Ariel Sharon, then leader of Likud, hawkish, still reviled in the Arab world for his failure to intervene against fanatical Christian allies in the 1982 massacre of Palestinians in a refugee camp in Lebanon.

Surrounded by around a thousand Israeli riot police, Sharon and a handful of Likud politicians walked up to the Temple Mount complex, the holiest place in the world to Jews and the third holiest site in Islam, where the gold Dome of the Rock and al-Aqsa Mosque are located. There he declared that the complex would remain under perpetual Israeli control. Joshua Muravchik later wrote in Making David into Goliath. How the World Turned Against Israel (2014) “Sharon took a thirty-four-minute walk. His footsteps made the ground tremble – politically speaking…  its purpose was to dramatize Likud’s charge that Barak had gone too far in the peace terms he had proposed to the Palestinians at the Camp David summit two months before, including an offer to relinquish sovereignty over the Temple Mount.”

In brief, what followed soon after was the second intifada, extravagant statements denouncing Israel by Arafat, and some clerics exhorting Palestinians to “eradicate the Jews from Palestine.”

After the failure in 2000/1, I wondered if Barak seemed an untrustworthy character to the Palestinians, might have lacked skills in diplomacy and empathy to win over Arafat and his colleagues.

Much more is now known about the abortive ‘peace discussions’ at Camp David between 11 and 25 July 2000 in the last year of Bill Clinton’s presidency, including Dennis Ross’ The Missing Peace. The Inside Story of the Fight for Middle East Peace (2004). In a still spawning literature, there is also Clayton Swisher’s more sympathetic account (from the Palestinian side) The Truth About Camp David (2004).  No doubt the discussions were wide ranging, sprawling, and involved more than hard nosed map negotiations. All sides were taking the measure of the other. For authencity and authority, I prefer the Ross account. He was present at the discussions. Ross, an American diplomat, was the Director of Policy Planning in the State Department under President George H.W. Bush and the special Middle East negotiator under President Clinton.

On a visit to the United States in October 2002, I was headed to Cambridge to attend functions and sessions in commemoration of the 60th anniversary of the Harvard Trade Union Program, meeting Barrie Unsworth there. On the way to Boston from New York, I caught the Acela Express train which went via New Haven. I broke my journey to go to Yale University where I knew, that particular afternoon in October, Ehud Barak would speak on “Peace of the Brave: Israel’s Prospects in the Middle East” at an event sponsored by the Slifka Center at Yale and others.

Barak spoke on what went wrong in 2000, what lessons should be learnt, what should be done now.

I found his performance electrifying, passionate, clear sighted, regretful, occasionally funny in a sad ironic sense, pleading with his audience that Israel faced a choice: either a democratic Israel or an apartheid state. He was as blunt as that.

He expressed his remorse at apparently coming close, but not being able to clinch a deal. He openly wondered if he could ‘sell’ the proposal he offered back home. But he did not get the chance. In rejection, the Palestinian side undermined progressive opinion in Israel and the moderate left – the subsequent intifada a disaster for everyone. It had the perverse impact of convincing many Israelis that the Right had a point: how could you ever trust the Palestinians?

What I witnessed was the most impressive speech I ever heard.

I realised how pathetically uninformed was I about the issues, the challenges, and about the man whom I had so casually dismissed a few years earlier as maybe not up to the job.