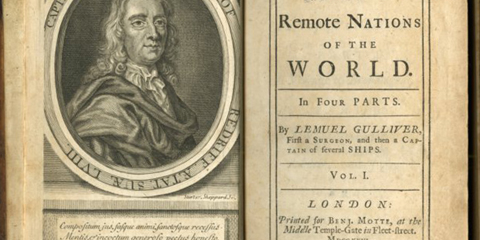 Notes for a Speech on 4 May 1990 at a Graduation Ceremony of Commerce Graduates at the University of NSW.

Half of my reluctance in speaking to you this afternoon is due to memories of my own graduation.

It was a long day: Hiring a gown; mum, dad and family in the audience; the long procession; the queue to collect the degree. Then proceedings were delayed by someone speaking about the importance of the university.

Today it is my turn to deliver the graduation address. I am conscious of the double jeopardy of having a captive but an anxious audience.

Anxious for me to get on with finishing soonest!

The best kind of university education is one that teaches a student to think critically and to really develop an appreciation of ideas and arguments relevant to their profession and to life.

This is such a commonplace observation at these occasions that its utterance is usually pedestrian and ritualised.

But does it happen? Are the memories of graduates in this Hall filled with fresh thoughts about brilliant lecturers, dazzling ideas, and the excitement of learning and applying theories and arguments?

If not, then the university has not succeeded in encouraging the best kind of education. If there is failure, that is important not only for you, but for the whole of society.

Today I will touch on two issues. First, the role of the university in encouraging critical thinking and its vital role in avoiding what I call the Struldbrug life. Second, the importance of the labour movement in the society that many here will audit, manage, organise, and lead.

Let me explain immediately what I mean by the Struldbrug alternative.

Some of you may recall the story told in Chapter 10 of ‘A Voyage to Laputa’ in Gulliver’s Travels. Swift describes a race of men enjoying eternal life on earth, blessed with exemption from the bitterest of prospects, that of death.

Gulliver is amazed by the idea of living forever and dreams about what it might be like: “[B]y thrift and management, I might reasonably expect in about two hundred years, to be the wealthiest man in the kingdom.” Further, “I would, from my earliest youth, apply myself to the study of arts and sciences, by which I should arrive in time to excel all others in learning. Lastly, I would carefully record every action and event of consequence…”

But Gulliver discovers that the life of the Struldbrug is not what he imagines.

Instead of discovering the happiest he finds the most unhappy of men. For it would be too much of the Creator, Swift says, to endow them both with immortality and, at the same time, eternal youth. All they achieve is the unbearable dotage of an eternal old age, envious and regretful about the rest of humanity. “They have no remembrance of anything but what they learned and observed in their youth and middle age”.

Swift’s parable is only a vision – where individuals are concerned. In the case of institutions and civilizations, it can be a reality.

What Swift points to is that the craving for an orderly and eternal life might end up with a life not worth living. There are tendencies in that direction in every society – and real examples of civilisations that, in effect, became Struldbrug societies.

For example, in Europe, after a terrific and long lasting crisis, the West inched towards liberty, while the Byzantine world, maintaining order and civilisation, moved deeper into autocracy. Similarly, it might be said that the most orderly, seemingly civilised of societies were the ossifed Chinese dynasties after the fifteenth century.

Perhaps there is something to be said about the “controlled chaos” which seems to strike observers about western communities.

Universities, like other institutions should foster a challenging attitude to what happens in society.  Unless we rigorously examine all sorts of possibilities, then society rots from within.

Your courses have examined issues like the role of labour in society, whether a consumption tax is equitable, what the indirect tax base is and might be, what can be saved from Keynesian economics. What is the role of management in innovation, the slipperiness of the concept as well as the necessity of examining productivity, and so forth.

Knowing about M3 or calculating EPS growth or operating margins cannot give complete answers to all those questions.

As a result of your education, however, as well as practical learning, you can give thoughtful responses.

Technocratic as well as critical skills are important. Hopefully, a critical attitude to some cherished economic ideas influenced your studies.

Years ago I read Richard Tawney’s The Radical Tradition wherein he observed:

Economic liberties are neither the only, nor the most important, liberties. The conventional retort to such arguments is to accuse those who advance them of a soul-less materialism. The serfs, it is said, might be less uncomfortable; but, as cogs in the mechanism of an authoritarian state, they would have bartered their dignity, as citizens and men, their initiative, their responsibility, their right to live their own lives and wreck them if they pleased – for a shot of morphia in the soul. It is obvious that, if a despotic government enlarges its control over economic affairs, it will use the only methods which it understands, and manage them as a despot.

This graduation ceremony is a reminder of the depth of the university in producing competent graduates in commerce, including those with skills in accountancy, marketing and industrial relations.

Increasingly the union movement is employing people from diverse backgrounds.

Partly that is because unions need to know something about superannuation, the profitability of an enterprise, growth trends within industries, labour market programmes, inflationary effects, the economic impact of indirect taxes, the funding requirements of government.

The labour movement is interested in each and every one of those matters.

Interest in such questions requires more than a heart of gold. Unions require competent advisers with actuarial, managerial and straight-forward commercial skills. Some of those skills will be employed in-house and others from outside.

With the merger of unions and the formation of larger unions, significant research offices are now being created. Hopefully, some of you will be employed there. If not, I expect many more of you working for the commercial world will be in contact with the labour movement.

Trade unions are now focusing on vitalising many industries and enterprises, aiming to contribute to a more productive oriented culture.

Now is hardly the time to launch into a long lecture on award restructuring, but let us briefly note that the ACTU strategy is to create worthwhile, productive jobs, based on career paths and skills development.  That is a task large enough to concern us all.

The price of liberty is sometimes a little inconvenient. The role of labour in overturning conventional ways of doing things is part of the story – an internal battle as it is external to the movement.

Just as I remarked earlier that if universities do not address some difficult issues then they are dead, the same applies to the labour movement.

I am in the business of wanting the labour movement to avoid the Struldbrug alternative. I hope some of you out there are also interested. Perhaps we can help each other in the years ahead.

But for now – congratulations!

There is a reference to a forthcoming graduation address to Commerce students, 4 May 1990, Uniken, No. 5, 20 April 1990, p. 5. (The title Uniken derives from “Uni” representing the University and “ken” for Kensington and knowledge.  In 2015 the name was changed to UNSW magazine.)

I would not now use some of the arguments advanced in this speech. I adhere to the broad theme: society requires innovation, respect for the good of the past, without shying away from improvement.

The reference to Byzantine & Chinese society as particular sorts of deadends I would want to recast.

At the time I spoke I and other officers of the Labor Council of NSW had severe doubts about the bigger unions push by the ACTU. We feared a loss of relevance to employees and potential members. That is a topic I have touched on elsewhere.