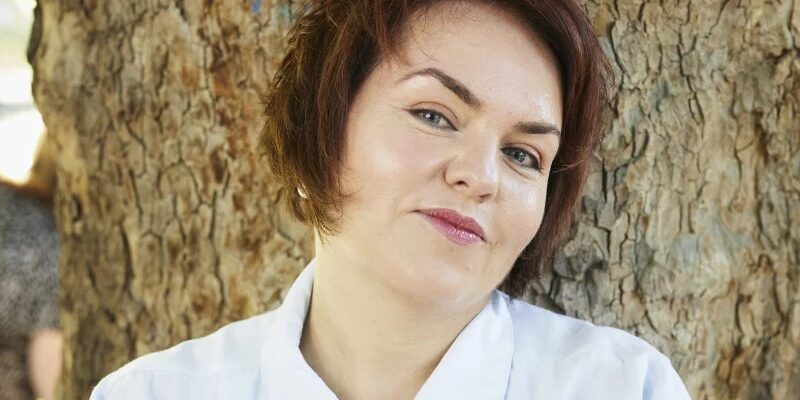 Published online in the Sydney Morning Herald and The Melbourne Age, 11 March 2022.

It is achingly sad that the whip-smart, vivacious, principled, Senator Kimberley Kitching died on Thursday in Melbourne, aged 52, apparently of a sudden heart-attack.

Lawyer, business entrepreneur, human rights campaigner, union leader, and politician, Labor Senator from Victoria from 2016, Kitching was as multi-faceted as those monikers imply.

Born in St Lucia, Queensland, she was the daughter of Bill (Organic Chemistry Professor and Fulbright scholar) and Leigh (physiotherapist). Her early years covered all the corners of the world, as her father travelled on academic assignments, and, as possible, she studied and soaked up the Queensland sun, winning a bronze medal for swimming in State championships. Kimberley described her mum as from a “long line of powerful, confident women who believed nothing impossible … she goes about her life … with a twinkle in her eye.”

She graduated with Arts and Law degrees from the University of Queensland and in 1993 joined the ALP, later moving to Victoria

Like many Labor MPs, she had worked for a union, the Health Services Union in Victoria. Her experiences also covered the private sector, law, information technology, and in a global human resources company. “I have seen firsthand the pressures of meeting a payroll and implementing a business plan. Business, taking risks, is never easy…” She was married on Derby Day 2000 gifting her husband Andrew Landeryou a first edition of Derby Day and Other Adventures. Adventurous her life certainly was.

From 2001 to 2004, she served as a City of Melbourne councillor. She observed: “Some might think that local government is the lowest form of government; I prefer to think of it as the nearest.” She learnt that local politics is part social-work, part slog of winning tiny victories to make a meaningful difference to people’s lives.

Her union stint was meant to be a three-month assignment as she prepared for the Victorian Bar: But to save a failing union, she deferred her plans for two-years, reminiscing: “It was not like working in a law firm. It was not like the privileged, mostly very lucky life I have led. It was not like the quiet corridors of Victorian Treasury, not at all like the oak-panelled meeting rooms of the Melbourne Town Hall or the sandstone buildings of the University of Queensland. It was a feeling every union member knows: the joy of winning small battles and building a better world.”

She was immersed in the difficult, sometimes treacherous world of Victorian Labor politics.

With Senator Stephen Conroy’s departure from public life, then Labor Leader Bill Shorten supported Kimberley for the casual Senate vacancy. She came to be deeply respected on all sides of the Senate.

Her interests were wide, as Shadow Assistant Minister for the National Disability Insurance Scheme, as well as for Government Services (focused on government waste), she was destined to be an important economic minister in an Albanese Labor government.

A couple of months ago, she received in London the Magnitsky award for her campaign for human rights and sanctioning corrupt autocrats and their cronies.

Accountability was front of mind from the start of her parliamentary term. She raised a vital issue: “The question quis custodiet ipsos custodes — ‘who will guard the guards themselves’.” She advocated an independent corruption watchdog – what Liberal and Labor promised at the 2019 elections.

Last Thursday morning, the day she died, she tweeted support for state emergency services volunteers and the army for stepping up to the rescue: “My thoughts are with those in New South Wales and Queensland who have lost their homes, businesses, loved ones. Having grown up in Queensland, I know the chaos floods can cause. The footage … is poignant.”

She was always thinking of others.

Kimberley was one of our few public figures whose mind easily and rapidly embraced so many topics, issues, and challenges. Her research skills and investigative nous made her a formidable presence.

Her sincere support of the cultural sector, which she loved, was well-known, as she worked across the aisle for support, another part of her drive to achieve practical outcomes.

She visited Australian troops in Iraq, Afghanistan, and elsewhere, once parachuting from a plane, a “GI Jane” moment.

Kimberley stood for good principles in foreign policy. This married to her kindness and genuine interest in people, compelled her to stand up for the rights of Hong Kongers and Chinese dissidents, for Israelis, and in support of human rights in the Palestinian Territories, among others.

She understood Australia’s strategic context and dared to defend our values, sometimes even unnerving her own party. She was brave.

This meant she created enemies, rivals who wondered if she was going too far. The emotional reaction from human rights activists to her death is the answer to those snarls.

Life in politics can be incredibly stressful.

In her first speech to the Senate, quoting Shakespeare’s Titus Andronicus she pronounced: “And to the love and favour of my country I commit myself, my person and the cause.” She was so full of life, a warrior with a mischievous smile, witty, tenacious, with so much still to do.

She is survived by her husband Andrew, whom she once praised in the Senate for his “support and belief in me, his love, his loyalty, his resilience and his remarkable intellect,” her parents, brother Ben (also a lawyer), and her two dogs — Ronnie and Nancy-Jane — named by Andrew after the late American President Ronald Reagan and his two wives.

Live like it matters was how she lived. We can all learn from Kimberley.

Of the various messages I received in response to this obituary, one that sticks to memory and best left anonymous was this one:

When I look back at the last 18 months and the carnage that political life leaves across the families of those involved, I wonder how sustainable our system is.

Whether it’s the misconduct, the unwarranted personal attacks, the stress, the long hours, the factions etc it strikes me that the price of a career in politics is too high. Not just for the MPs and senators but the staffers, etc

It means we risk having an even more unbalanced and less representative cohort of people in our parliament and a level of toxic ambition and win at all costs that will leave us all worse off in the long run.