(2021) Australian Politics in the Shadow of the Cross 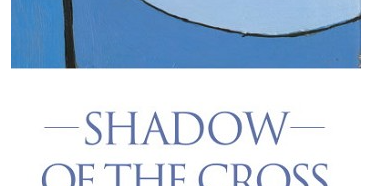 This book of essays continues the work of the P.M. Glynn Institute of the Australian Catholic University (ACU), whose 12 book-length, and other, publications under the Kapunda Press imprint over the past six-years encourage espousal, renewal, and debate about Catholic traditions and ideas.

The result is a lively, short book (139-pages), an excellent introduction to Catholic social thinking, its limits, possibilities, and relevance as a guide to contemporary action.

Former Vice Chancellor of the ACU, Greg Craven, leads with a chapter on ‘Australian Political Problems and Catholic Policy Solutions’, an erudite 46-page argument that Catholic ideas matter, are rich in insight, and can be utilised by decision-makers and policy wonks to light a path forward. Five chapters follow, including by two ex-Prime Ministers, commenting on, and responding to, points suggested by Craven.

In an introductory note, Damien Freeman quotes Peta Goldburg, the foundation Professor of Religious Education at Australian Catholic University, that Catholic social teaching undoubtedly “provides a set of key principles and guidelines for action which can be used to evaluate situations, policies and approaches used in contemporary society and offers valuable insights regarding the intersection between faith, society, and politics.” This stops short of a blueprint. The challenge is whether such principles and guidelines are always useful in specific instances and the extent they command rather than point to options and conclusions. Is the corpus of Catholic teaching useful for critiquing policy or something that also suggests a particularly Catholic response and activity? Even if it is, what are the practical, moral, and political limits on the church and its believers in seeking to influence and determine public policy in secular society? To raise such questions is to touch on the sensitive debates in Catholic and the wider society since the French Revolution.

Where to begin is part of the challenge – along with appreciating the pressures and ambiguities in choosing between one course versus another: in seeking justice and charity, sometimes the emphatic tensions between principles are creative, sometimes overwhelmingly perplexing for ordinary mortals.

The book highlights distinctive Catholic ideas concerning the dignity of the person, the common good, subsidiarity, and solidarity. Each concept contains rich meanings and difficulties, delineated by Craven and the other contributors.

Catholic theology holds that natural law principles can be deduced through human reasoning. Even so, Catholic institutions and leadership have always sought to guide the faithful to the truth. The Popes issue encyclicals – the word “encyclical” means “circular letter” – addressed to Catholic clergy and the laity (in modern times, usually also to men and women of goodwill), containing the Pope’s views on aspects of church teachings and doctrine. These papal letters are sometimes controversial; some seek to elaborate on the pronouncements of earlier encyclicals. Since 1740 when Benedict XIV issued the first, there are now nearly 300 encyclicals.

Of the recent Popes, St. John Paul II issued 14 encyclicals, covering areas such as the sanctity of life(Evangelium vitae), ecumenism (Ut unum sint), the Eucharist (Ecclesia de Eucharistia), as well as Sollicitudo rei socialis (written on the twentieth anniversary of Paul VI’s 1967 encyclical Populorum Progressio which addressed the world economy and its effect on peoples), and Centesimus annus written in 1991 on the hundredth anniversary of Rerum novarum. Pope Benedict XVI wrote three encyclicals, Deus caritas est (God is Love) Spe Salvi (on Christian Hope), and Caritas in Veritate (on Integral Human Development in Charity and Truth), focused on the theological virtues, faith, hope, and love, in the light of current theological and social problems. In the last of those, the pontiff interpreted the teaching of Vatican II considering recent developments, endeavouring to articulate authentic doctrine. To date, Pope Francis has issued two encyclicals, Lumen fidei (on fraternity and social friendship in the light of faith)and Laudato si (on care for our common home), which argues for mankind’s moral responsibility for stewardship of the earth.

Referencing select encyclicals, Craven proposes that the traditions of liberalism, conservatism, and social democracy can be enriched by considering Catholic teaching which could remedy some of their inadequacies in forging solutions to social problems through the reflection on and incorporation of Catholic ideas.

Craven contrasts utilitarian thinking with the Catholic conception of the intrinsic good of human life, the obligation to ensure all “lead something more than just subsistent lives.” He discusses Leo XIII’s 1891 encyclical, Rerum Novarum, which responded to the challenges of unbridled capitalism and socialist revolution as two kinds of modern slavery. Leo “identifies and condemns the moral failures of liberal policies that generate unjust societies, such as the commodifying of labour and undignified working conditions.” In tension and contrast with state socialist ideas, Leo affirms that free collaboration and cooperation in society matter. In seeking to change society, he counsels that trading one type of poor societal organisation for another, is no solution.

Craven interprets Henry Bournes Higgins’ Harvester judgement (1907) which attempted to define what “fair and reasonable” wages might entail as an example of Catholic principles permeating and influencing in deeply practical ways Australian society. Craven also discusses the appeal of the proposal “of including recognition of Indigenous peoples in a preamble to the Australian Constitution…”

Tony Abbott’s contribution is the first published in response to Craven. His chapter-heading sums up his argument: ‘Teaching for best selves not best governments.’. He says that the Church has a role in the ‘formation’ of moral individuals and is sceptical about ‘Catholic answers’ to specific policy challenges. Tellingly, he says: “I doubt anyone reading an encyclical could mistake it for anything other than a church document”, suggesting in language, format, and style, that its contents defeat wide appreciation. Although certain policies can be ruled out, it is hard to conceive what, if anything, can be ruled in. Abbott also expresses caution about the term ‘distributism’, as a term vague and incomprehensible to most people. (I would suggest, even to Chesterton & Belloc who did so much to popularise the term – a discussion for another time and place.) Abbott seems annoyed with Pope Francis’ Laudato si, disputing “the inference that reducing carbon dioxide emissions is a moral duty.” In sum, Abbott notes that although some Catholics love to throw “moral thunderbolts” he is sceptical about whether “Catholic social teaching can take us from worthy principles to practical policy.”

A few chapters later, Kevin Rudd writes on the ‘Continuing impact on a changing political agenda’ and argues that the Gospel is both spiritual and social and “because politics is the means by which society chooses to express its collective power”, the teaching of the Church and the original texts themselves “offer a starting point to debate… questions within an informed Christian ethical framework.” He quotes approvingly from Laudato si, noting that as Francis says: “on many concrete questions, the Church has no reason to offer a definitive opinion”, while noting the evidence that “our common home is falling into serious disrepair.” Through discussion, engagement, consideration, of facts and expert advice, and with the framework of Catholic thinking, solutions may be found. Rudd chides local bishops, however, for failing to do exactly that. He calls for church leaders to engage in dialogue on issues, complexities, and “the hard work of finding answers to intractable problems” – seemingly admitting Abbott’s argument that the answers are not obvious, definitive, or easy. Of course, Mr Rudd sees his Liberal successor as blind to the evidence so readily discerned by most scientists.

Philip Booth’s chapter dwells on the issue of Catholic education, the extent to which “Catholic” and “education” are compatible and enriching and are contested in the history of the nation. He says: “…we can avoid the secular, relativist dictatorship which many humanist groups wish to impose.” Sandie Cornish argues for ‘Beyond principles alone’. She proposes: “conversation rather than erecting barriers” in the assessment of Catholic moral criteria to the deciding of action. Reflecting on past experiences, the choices people make, can assist to flesh the tradition. Doctrine expressed in the magisterium is one rich source to draw on. Yet all too often: “There is an arrogance in rejecting long-standing positions of the tradition without actively considering them.” She notes that certain Catholic ideas, such as subsidiarity, were never articulated until Pope Pius’ 1931 Quadragesimo anno encyclical. The idea of “solidarity” is even more recent. Cornish argues that: “…many scholars today see Catholic social teaching as evolving over time in dialogue with experience and reflection.” This leads to a radical expression of this dynamic: she cautions against conceiving of Catholic social thinking as “a codified framework of unchanging principles, because this leaves no room for the incarnation, revelation, salvation, grace, or God’s ongoing action in the world.”  Or, for that matter, the development of new ideas, principles, and guidance.

Frank Brennan’s Epilogue, another chapter, concludes the book. He comments on Craven and his interlocutors. Brennan references Ross Garnaut’s book Superpower: Australia’s Low Carbon Opportunity and Garnaut’s lauding of Laudato si. Brennan discusses the relevance of Catholic social thinking to the question of Aboriginal ‘recognition’ in the Australian constitution and the righting of past wrongs. He suggests in seeking justice, many “will be able to find resonance and guidance in the principles of Catholic social thinking.”

This is a superbly conceived and edited book. Given the exhortation to take Catholic social policy seriously, it is valid to consider a practical consideration. With all the interesting material the Glynn Institute produces, clearly the Institute is fulfilling its brief to contribute to deeper thinking and new conversations about important issues confronting the Catholic and the wider community and to help renew and strengthen Australian society’s life in common. But is the ACU capable of running courses, programs, and integrating this valuable source into the stream of its own activities? Or is this worthy endeavour stranded because of how the Institute originated, lacking champions, and enterprise on its home turf? The answer to those questions will be a large factor in the influence of this book and the Glynn project overall.