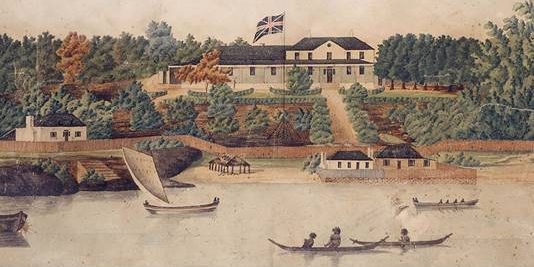 An impressive achievement of David Kemp’s first of five volumes on the history of Australian Liberalism, The Land of Dreams, How Australians Won Their Freedom 1788-1860, is his confident assessment of the interaction between Australian and British debates, personalities and writings, as well as the shifts of moods associated with political change. Thereby he provides vital context for explaining particular positions and outlooks in the development of Australia from the late 18th to the middle of the 19th centuries.

Only a scholar of vast erudition, who has thought about the issues for many decades, including the messy aspects of the development of ideas, could have contemplated the task of assessing liberalism’s evolution in Australia. Kemp concludes: “The Australian colonists noted the developments in Britain and engaged in a great debate of their own”.

The book’s title alludes to Aboriginal songline traditions as well as the aspirations of the more recent settlers. “Dreaming and Australia have been linked from time immemorial”, he says.  Most of the book deals with post European settlement, including engagement with the continent’s original inhabitants. It is logically and creatively presented, dealing deftly with the interaction of history and ideas.

Kemp’s first Chapter on “the liberal project” sets out the ambition for this and the series of books to follow. He sees the advancement – social and economic – of the Australian colonies as “The Liberal colonial reform project”, another Chapter heading. He deals with the debates and ideas shaping local controversies, unafraid to link those to the wider world. Thus “Chartists and free traders” and “Radical reform agendas: Marx and Mill” constitute other Chapters. This is all mostly confidently discussed.

If one were to make a mildly negative comment, presumptuous in the face of such learning, it is for reference points or at least footnotes suggesting further reading.

Part of the problem is that so much could be written on many of the different strands of ideas that Kemp discusses. Understanding Australians in the relevant period would be impossible without, for example, some appreciation of the UK Roman Catholic Relief Act 1829, an “Act for the Relief of His Majesty’s Roman Catholic Subjects”, and the UK Representation of the People Act 1832 (known informally as the “1832 Reform Act” or “Great Reform Act”), which applied to England and Wales and gave representation to previously under-represented urban areas, extending the voting franchise.  What happened in the United Kingdom was echoed in Australia, though not only that – there were original voices and dynamics also at play in Australia.

Although Kemp recognises the complexity of his subject, there is a tendency to sunny optimism about liberalism’s local progress. His last chapters are on “A Whig Constitution” and “Radical Democracy”.  Kemp’s account could be described as Whiggish. That is to say, an approach to historiography that presents the past as a gradual, inevitable progression towards enlightenment and ever greater liberty, culminating in forms of liberal democracy. This is to allude to Herbert Butterfield’s book The Whig Interpretation of History (1931) which rather vaguely asserted that historical accounts that cheerily describe society becoming better over time are typically ahistorical, poorly nuanced, and naively liberal. The curious thing about Butterfield’s novel phrase and explanation, however, as E.H. Carr pointed to, is that his book denounced Whig interpretations without naming a single Whig historian.  In this case, Kemp’s deep familiarity with the historical record, subtle narrative, and sophisticated appraisal of the UK and Australian evidence, exempt him from Butterfield’s strictures.

It is easy to misrepresent porous and complicated ideologies. Hair splitting clarifies. Yet from Kemp’s account, from fatal shore to parliamentary laws, it is clear that Australian Liberalism, broadly defined, was one of the most effective philosophies of state building ever conceived. In 1918 G. Arnold Wood, Challis Professor of History at the University of Sydney, claimed that the development of Australian liberalism is “not so much a story of battles against tyranny as a story of evolution on lines determined by the sentiments of a people, a story of the gradual growth and operation of a faith. And the faith that has grown and operated has been the faith, with Australian interpretations, of liberty, equality and fraternity.”

In similar vein, Kemp says that: “This volume tells the story of how Australians became a free people, gaining the liberties they desired to take control of their own lives…” Not that this was a linear, uninterrupted process, or to overlook gross injustices or to dismiss the fact that certain members of society were left behind. In understanding the creation of the largest middle class of any western society, Kemp’s analysis is a very useful tool.

Also worth noting, alas, is that liberalism is a pliant term capable of being kneaded into various shapes; the liberal tradition is not homogenous.

John Locke’s Two Treatises on Government (1689) formulated several foundational liberal ideas: economic liberty (the right to have and use property) and intellectual liberty (including freedom of conscience). His natural rights theory (life, liberty, and property) articulated a conception of human rights which stands to this day. Ideas have consequences in the actions of real people.

Notwithstanding Locke’s qualms about democracy, modern liberalism considers individual liberty as the most important political goal, emphasising individual rights; sometimes this is married to a generous conception of opportunity. Classical liberalism proposes that freedom from coercion is paramount, such that state interventions that restrict the economic freedom of individuals should be avoided or at least minimised as far as possible. In contrast, social liberalism argues that governments ought to take an active role in promoting the freedom of citizens, and that real freedom can only exist when citizens are healthy, educated and free from dire poverty. Already the grave tensions between these two castings of liberalism can be easily detected.

As with most political philosophies, liberalism fractures into a range of related but sometimes competing visions, such as conservative liberalism, libertarianism, economic liberalism, neo-liberalism and national liberalism, and the rest.

Although Liberals disagree they all champion the concept of liberty; though the ideal of protecting individual liberty leads to different conceptions of the role of government in relation to it. Isaiah Berlin famously argued in “Two Concepts of Liberty” (1969) about negative and positive ideas of liberty. “Political liberty … is simply the area within which a man can act unobstructed by others. If I am prevented by others from doing what I could otherwise do, I am to that degree unfree; and if this area is contracted by other men beyond a certain minimum, I can be described as being coerced, or, it may be, enslaved.” This is to characterise the idea in the context of personal opportunity and what prevents that.

In contrast, there is the ‘positive’ concept of liberty. For the liberal theorist T.H. Green, a person is free only if self-directed or autonomous. A free person’s actions are in some sense their own. For the 19th and early 20th century liberal philosopher Bernard Bosanquet it is desirable that the state forcibly denies hindrance to the best life or common good. In this sense, positive liberty is seen in the context of what freedoms can be exercised. Green’s autonomy-based conception of positive freedom is often run together with a notion of ‘positive’ freedom to act or to pursue one’s ends.
In a societal context, this is freedom for the development and flowering of every citizen.

Without explicitly dealing with the finer points of political theory, but richly explicating what key actors thought and did, Kemp’s account of the first 72 years of European settlement, diverse ideas including, Adam Smith’s economic liberalism, the impact of the American revolution, the anti-slavery movement, debates on evangelical and Christian humanism and its secular cousins, are ways of illustrating local debates in the wider ferment.

Kemp is at his best in discussing real people and the issues they grappled with, the actions they undertook. His account, for example, of the liberal Governor Richard Bourke, Governor of NSW (1831-1837), and relative of Edmund Burke, and his Tory opponents domestically and in the Colonial Office, is outstanding.

Kemp sometimes conflates good ideas with liberalism. Thus: “One of the guiding ideas of liberalism has been that the public interest can be identified by the use of reason and that reason can replace prejudice as the driving force of policy.” This is not much more than saying thinking can help.

And it certainly does in this volume. A good chef whets the appetite for the next course. On the strength of this book, readers can look forward to more.