(2018) Alternatives to State-Socialism in Britain 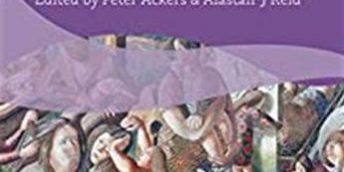 Review: Peter Ackers and Alistair J. Reid, editors, Alternatives to State-Socialism in Britain: Other Worlds of Labour in the Twentieth Century, in Labour History, No. 114, May 2018, pp. 197-198.

Rich in insight, combative in insisting on fresh perspectives, Akers and Reid have tossed a grenade into the edifice of neo-Marxist interpretations of labour history. Part of the Palgrave studies in the history of social movements, this edited collection of essays is placed between opening and closing chapters by the editors which demand attention to radical alternatives to state socialism. The work is likely to open up debate on the long century of statist-influenced socialism. As the editors say in closing, “British socialism was deeply shaped by liberal-pluralist ideas, while Cold War social democracy was defined by its contest with Communism, making industrial relations pluralism and liberal democracy key elements of its constitution.” Yet this line of interpretation has been long neglected.

Providing alternative explanations, as well as criticisms, the editors claim three tasks for the volume: first, challenging the prevalent state-socialist reading of core labour institutions; second, extending the range of institutions and ideas involved in mainstream working-class efforts at self-organisation; third, exploring historical questions of change and continuity across the strands of working-class lives.

Necessarily, the book is eclectic; collections of essays often depend on who shows up to the editors’ attention. The early chapters set the scene. Whiting argues that unions as voluntary associations significantly furthered citizenship by limiting the centralised power of government and employers alike. Vorberg-Rugh and Whitecross emphasise the Co-operative party as a distinctive voice from its formation in 1917 to alliance and effective merger with the Labour Party a decade later. Often subdued but never dead, the “co-operative commonwealth” radically contested statist ideas. Davidson argues persuasively that working-class women activists, frequently Christian-inspired in the first half of the twentieth century, were motivated by ideas of improvement in marked contrast to Marxist teleology. Vail argues that the Protestant non-conformist churches, in their provision of education and social services, were another sign of the rich diversity of working-class lives. Quaker idealist Edward Cadbury is cited by Kimberley as an undeservedly forgotten figure, an egalitarian employer who strove to do the right thing by employees and advocated a distinctive, influential management style.

Anarchist thinker and historian Goodway insists on an inner consistency in G.D.H. Cole’s thinking, somewhat at the expense of considering the vast inconsistency of Cole at different points. But even in the late 1920s and early 1930s, as Cole shifted away from guild socialist ideas of democratic control to more statist-friendly rhetoric, his dogged insistence on socialisation (rather than the more statist “nationalisation”) set him apart from many colleagues in emphasising that nationalised industries needed a measure of industrial democracy to be effective and worthy of support. (An idea for another occasion is to explore the use of the word “socialisation,” both in the UK and in Australia – with the wording of the Australian Labor Party’s Socialist Objective of 1921 – as a genuflection to ideas of guild socialism.)

Meredith’s essay on social theorist Michael Young, whose trajectory veered from writing the Labour Party manifesto in 1945 to disillusionment with nationalisation and state bureaucratic socialism, to embrace of the Social Democratic Party to return to the emerging Blairite party in 1985, is among the book’s most interesting. He helped found consumerist and citizens’ movements that were suspicious of the big State and monopsony employers.

Aikman’s chapter on the communist turned fierce anti-communist Frank Chapple is sub-titled “A Thoughtful Trade Union Moderniser,” which fairly critiques his careers, twists and turns, but assesses that Chapple did not have enough sympathy – “loyalty” – to the movement to have a lasting impact. In contrast, Trade Union Council leader Walter Citrine, ally and rival at different times to Ernest Bevin, is presented as a thoughtful advocate of co-operative relations with employers, not in any sense as toadyism but as a shrewd strategy to maximise benefits for workers.

All the chapters are lively, interesting and even polemical in their insistence on achieving a realistic understanding of what the UK labour movement stood for and how it actually behaved. The editors insist:

The state leviathan that would solve all society’s problems from above… was completely alien to the deep liberal and even conservative values of British labour. Sadly, after 1945, the fashion for state-socialism amongst intellectuals stunted and distorted many of the popular movements that had thrived in the first half of our period.

In saying so, they draw attention to a significant gap in their analysis: the lack of detailed attention to the Blair-Brown era as a response to the collapse of the post-1945 British Labour tradition, the apparent consensus politics prior to the Callaghan government’s collapse in 1979 and the neo-liberal rule of Margaret Thatcher.

Another volume is anticipated.  The collection edited by Eugenio Biagini and Alastair Reid on Currents of Radicalism (1991), which focused on the nineteenth century, is identified as a companion to this volume, emphasising co-operation and radical liberal ideas in contrast to confrontation. Socialism in the UK in the period before the Bolshevik revolution was a much more eclectic and interesting phenomenon than the Fabian book-keeping and statist phenomena that eventually emerged and dominated. The seeds of opposition, of other traditions, were always there. Recovering the vitality of past traditions is part of the combined effort of these authors. The applicability, nuances and dynamism of the socialist movement recently is a task for new scholarship. This book whets the appetite for more.