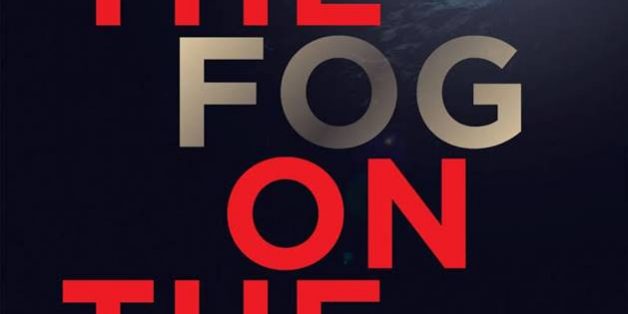 NSW Labor, once the cream of Australian Labor, is now contaminated curds and whey. Not in 100 years did party members turn up, as they did at the March 2011 NSW election, expecting and believing a trouncing was deserved. Not since 1932 has Labor been entirely wiped out in the bush – a mere rump in Parliament.

Of the Labor MPs left, few are capable of writing a serious, readable, plausible account of what went so terribly wrong.

The title of Frank Sartor’s book is a play on Chifley’s famous phrase, and it is a mix of autobiography, recent NSW political history, policy assessment and case studies of government stuff-ups.

Reading that the all-powerful Cabinet Budget Committee regularly had ministers fronting up to respond to just-tabled papers on their portfolios or other important issues, makes for depressing reading. No wonder poor decisions emerged from such poor governance.

There are excellent chapters on the NSW urban planning system and public transport.  Sartor sets out a coherent account of a possible Labor green agenda that could counter the Greens. His account of the electricity privatisation debacle shows how deeply incompetent the NSW government had become. His description of Morris Iemma’s last days as premier does not compare, say, to Alan Clark’s chronicling of the end of Thatcher; but Sartor had poorer material from which to draw.

Sartor, who joined the ALP and entered Parliament after 11 years as Lord Mayor of Sydney, pleads that the party he now loves must reform itself; he addresses the superficiality of people and policy that he encountered in his eight years as an MP, mostly as a senior minister in Energy (2003-05), Planning (2005-08) and Environment (2009-11). Like Lindsay Tanner recently, he laments the gruelling, demeaning business of conducting politics within a torrid media culture.  You wonder why he did not resign. He explains: “Often such attacks need to be outlived for some of the smear to be erased.  Leaving can be seen as tantamount to an admission of blame.”

Part of the book is a “get square”. Because Joe Tripodi remains an enemy, Sartor cannot bear to mention his crucial role in orchestrating Sartor’s entry into Parliament as member for Rockdale in 2003.  An absurd claim is made that “more than anyone else” Eddie Obeid and Tripodi brought down premier Iemma.

But it was Mark Arbib who played the role of “Stabber Jack Beasley” in this drama, an allusion to an earlier act of bastardry in Labor history. Obeid and Tripodi fought hard to protect Iemma up to the bitter end.

Also, Eric Roozendaal’s flawed “gentrader” plus coalmine privatisation in December 2010 is co-blamed on Tripodi – the “architect”, but Tripodi had been sacked from the ministry in 2008. Sartor ignores that Tripodi, seeing the poor economic outcome and the political disaster ahead, many times in 2010 begged the Premier and Treasurer to abandon the process.

Of the McKell model of MPs, party machine and unions working in tandem, Sartor convincingly summarises: “It relied on common sense and an awareness that everyone was part of the same team.”

What failed was not the structures, it was the people.

He regrets that, as treasurer, “Michael Costa made enemies among many of us who could well have been his natural allies.” That was Frank’s flaw, too. You wonder if the brains in the government – Costa, Tripodi and Sartor – had spent more time debating with and understanding each other, there might have been a strong team.

The book makes embarrassing reading for anyone associated with the traditions of NSW Labor. Let us hope that from shame might come understanding. On the strength of this analysis, the ALP needs more outsiders of Sartor’s calibre.

One afternoon in September or so in 2002 I remember Francesco Ernest “Frank” Sartor AO calling me from his office in the Sydney Town Hall (he was Lord Mayor of Sydney from 1991-2003) with a draft media release announcing that he would no longer run for Mayoral office and eschewing any future political ambitions.  I asked him to give me 24-hours. NSW government minister Morris Iemma told me there was no good candidate for the State electorate of Rockdale, with the sitting member George Thomson wanting to retire. Frank joined the ALP in November and, thanks to Iemma, was pre-selected for Rockdale (supplanting a local, the would-be local MP Shauquett Moselmane who, thanks to Eddie Obeid and Joe Tripodi, was later a controversial member of the NSW Legislative Council from 2009) and winning election at the March 2003 polls.

Frank almost became Premier in 2009, but for Obeid and Tripodi marshalling their votes in favour of Kristina Keneally, also an MP from the class of 2003.  She was forever damaged by how and where she garnered support.

Sartor was an independently minded leader who might have helped limit the damage when the government eventually faced the electors in March 2011.

NSW Treasurer Eric Roozendaal’s gentrader proposal, mentioned in the book (and my review), was conceived so that the ownership of the power stations would be held by the government with the contractual rights to trade the electricity produced held by privately owned gentraders. It is unnecessary to discuss details other than to note that the proposal ran into regulatory and other complications and was abandoned in 2011 by the incoming O’Farrell coalition government.