(2005) Steve Harker and the Promise of Politics 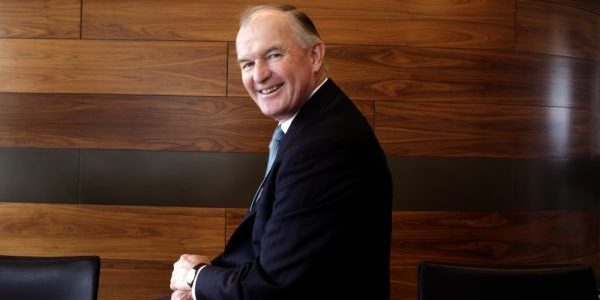 Contribution to a booklet on Steve Harker, to mark his 50th birthday.

“Sparky”, as he was known in Young Labor, joined the Granville Central Branch aged 17. That was the beginning of an immersion in Labor politics, exposure to the personalities, factions, the froth, bubble, snap culture and traditions of NSW Labor.

In 1972, thirty-three years ago, life was different. Gough Whitlam was about to become PM; Australians were to learn – the hard way – about the fundamental importance of good economic management.

Steve came of age in the era when Australia grew up, threw off protectionist shackles, and integrated into the international economy. That is to jump ahead of the story.

One of the consequences of joining the ALP was to link up with new people. Inevitably, in Granville, in the Federal electorate of Reid, the state electorates of Granville and Merrylands you encountered the Ferguson family machine, old man Jack Ferguson, the gruff, ex-building union official, state MP, Deputy Leader of the NSW ALP parliamentary party and leader of the Left, and Tom Uren – the Federal MP for the electorate of Reid and leader of the Left in the Federal ALP caucus, and the Ferguson sons – Laurie, Martin and Andrew.  Jack Ferguson was a likeable, impressive, self educated figure. This grouping was then heart of the NSW Steering Committee, as the NSW ALP Left called themselves. Alas, back then many of the Steerers spoke in a mumbo jumbo Marxist language –supporting ‘progressive forces’ (i.e., instinctively favouring communist insurgency abroad and industrial militancy at home); they opposed, as we used to satirise Tom Uren, the “burger cheese”.

Steve is a smart guy. It did not take him long to figure out that this crowd sometimes fellow-travelled with communism, were primitive in their understanding of economics and were ultimately reactionary. In short, they were the enemies of a modernising Australia and bad for Australian Labor. They had to be opposed.

Steve became part of the ‘thinking Right’ of the NSW ALP – the modernising, anti-communist, pro-free trade, pro-market part of the Labor movement. Back in the 1970s, this was a minority force. From the election of the Hawke/Keating Government in 1983, this grouping gave us the best government ever seen in Australia. Arguably we are back to being a minority again.

At uni, Steve brilliantly excelled at Economics, walking away with a First honours degree. How annoying it must have been to the Political Economy lecturers that they had to give him a prize for political economy – despite Steve despising their Marxist bent and identifying with rational economics. Back then, a quip at Sydney University was that Sydney had one Opera House, one Harbour Bridge, but two Departments of Philosophy and two Economic Faculties. The world back then was a more ideological, more leftwing infused place. Political division split and then reshaped the teaching of mainstream and leftwing courses at that university.

One person Sparky got to know in his early days as a Young Labor activist was Paul Keating, himself a former President of NSW Young Labor and one of the most interesting figures ever produced by NSW Labor.

Today, we see Keating through the prism of his last years as PM. In the 1970s, though, he was an earnest, tough talking, inspiring figure. After the defeat of the Whitlam Government, he became Shadow Minister for Minerals and Energy. Keating was comfortable with business, believed in mastering his brief, becoming ‘the expert’ on his portfolio, dressing the part, inspiring others. Keating was a mentor to Steve. When you join an ALP Branch full of lefties, it is nice to know there are others like you out there who think like you do.

Harker became one of the leaders of the Right in Young Labor. We never won an election in our day – the left was so strong. But in Young Labor we stood up to them, out argued, learnt about organising, winning friends, and influencing people, toughening ourselves in the process. At NSW Young Labor Conferences, you would be heckled, shouted down, vilified. You had to keep your cool, think calmly, handle the pressure. You needed to become a master of the ALP Rule Book on meeting procedure and debate. With his blond looks, the left called Steve one of the ‘Boys from Brazil’ (an absurd allusion to a film of the same name, about neo-Nazis). Sometimes, alluding to another movie, some of the left would hum ‘Tomorrow Belongs to Me’ when Steve was at the microphone. You learnt to weather the abuse.  It was brilliant training. As Steve remarked to me years later, in starting his business career: “Mate, when you’ve been through what we’ve been through, playing corporate politics is a breeze. It’s like going to a meeting of the Broken Hill Young Labor Association when you’ve got a Rule Book and they don’t.”

Throughout those days was Linda; she joined the party, Young Labor and put up with the nonsense from the Left. Who could ask for more?

In our early twenties, we once came close to taking over the Labour Club at Sydney Uni. We failed.  One of the students in the Economics Library blabbed to a friend who told Darryl Melham, a Steerer, now the Federal MP for Banks, and we got swamped. There were more Lefties than us on campus. Membership in the Labour Club in those days was rigged to include Trots and comms – anyone who would favour the far Left.

After uni, Steve had a job at the Reserve Bank. I remember going to his place at Locksley Avenue, Merrylands, with the University Calendars for Cambridge and Oxford open, thinking of doing a PhD.

We both decided not to. We thought we should spend a few years fighting the comms in the union movement. Laurie Short, the legendary working class intellectual and head of the Federated Ironworkers’ Association had heard about Steve. He offered him a job in the national office as National Research Officer. The FIA no longer exists – swallowed up by the Australian Workers’ Union. Back then, in the late 1970s, the union was highly influential, rightwing Labor and a favourite target of attack by the Left.  Steve’s work brought him into contact and close working relationships with Harry Hurrell, Darcy Ahearn, Maurie Rudd, and Laurie Short. It was satisfying to look after ironworkers, strive to better their lives, ensuring that they got a bit of extra bread on the table and were treated fairly. BHP, the biggest employer by far in the industry, acted like an arrogant monopolist with its workforce and with its dealings with its customers. That only really changed significantly in the 1980s, with the Steel Plan, the floating of the dollar, the deft adaption of the company to international competition.

Every year there would be elections in the FIA. The opposition always seemed well funded. We used to joke that there was a Libyan oil well pumping for the other side. There is no doubt foreign money funded some campaigns.

The Ironworkers’ union in the 1940s was the most hardline, pro-Moscow communist union around.  The reason we all looked up to Laurie and to Harry Hurrell is because they took them on and won the union for mainstream Labor. The comms kept up the fight to the bitter end, until the fall of the Berlin Wall; indeed, until the end of the ironworkers’ union.

Steve would have been a natural for Federal politics. We all thought that he could go anywhere, that Steve was the Paul Keating of our generation.

On a promise from Stephen Loosely, then the Assistant General-Secretary of the NSW ALP, Sparky was promised the Assistant Secretary role when Graham Richardson moved out and Loosley stepped up as his replacement as General-Secretary. Steve was being anointed instead of the then lacklustre Seumas Dawes, then a full time ALP organiser (who was later to shine in business in private equity in the UK). There was a tug of war for Steve’s talents. Harry Hurrell of the FIA wanted Steve in elected office, as deputy head of the Newcastle branch of the union. Steve had already moved north to pursue the union role, though the number two spot in the ALP office was the better offer. Harry reluctantly agreed.  Steve declined to run on the FIA ticket. Stephen Loosley, however, changed his mind. The job vacancy in the ALP Office did not materialise. Seumas Dawes took the ALP Assistant Secretary role and, let us say, fulfilled expectations.  Steve was left high and dry. Back then Bob Carr, not then elected to parliament (that was to happen in 1983) joked that he could wallpaper his house with all the reneged so-called ‘ironclad guarantees’ from head office.

Once at the 1982 national ALP Conference Steve spoke on the Middle East debate unfavourably comparing Iran and the various Arab despot states with the beacon of democracy and freedom in Israel.

He opposed the Metal Worker’s Union’s dream of protecting local industry and critiqued their autarkic opposition to ‘transnational corporations’.  “Common sense uprooted,” he scoffed. Their vision was a Peronist, backward Australia.

All these little battles, the battles within the movement, the gathering of intellectual momentum for reform, was part of the story of Labor’s modernising role in transforming the Australian economy in the Hawke/Keating era of the 1980s.

Steve moved back to Sydney from Newcastle, resigned from the FIA and joined the stockbroking firm of Meares and Philips. Then another political opportunity arose. A redistribution in the Federal parliament expanded the number of seats and threw open the Hunter seat. The sitting member shifted to the adjoining Charlestown electorate, so the field in Hunter was open – there was no sitting member. Steve went back and door knocked the area. A lead councillor and later mayor of Cessnock, Maree Callaghan backed him.  But some of the locals thought Steve was an outsider, a carpetbagger.

In his footsteps, visiting the local ALP members, was Eric Fitzgibbon, a local and the immediate, controversial past mayor of Cessnock, with a six pack of beer under his arm for most visits. Fitzgibbon narrowly won the preselection on Left preferences. He had an undistinguished career as member for the Hunter (1984 to 1996). His son, Joel, succeeded him in the Federal Parliament. Joel was one of the ringleaders who gave us Mark Latham as Federal leader. Let’s hope he improves.

The Hunter region, the Labor Party, the national interest, were all the losers with Steve’s demise. In my twenties, I interviewed Sir William McKell, Labor Premier from 1941 to 1947, Governor General thereafter, a person then as old as the Labor Party. He told me that in his time in parliament – actually, in his entire life – there had not been one outstanding Labor MP from Newcastle or the Hunter region. The result in the Hunter preselection in 1984 made sure that McKell’s summing up would remain true.

If you want to understand Steve – his background in the bear pit of NSW Young Labor, his brief union career – they are all key parts of the story: the story of someone who was always going to make a difference wherever he ended up.