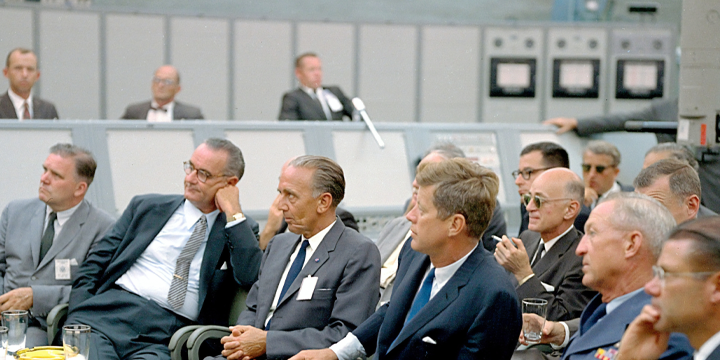 Behind the details, program and hoo-hah about the White Paper on Employment is a vision about the future and a view about Labor’s past.

The elegant clothes, grooming and coiffure of today’s Labor politicians might be a world away from the pipe-smoking, rough and tumble look of the Chifley Labor government, but the style masks an important consistency in tradition and emphasis.

Unemployment has always been a big issue in the labour movement. The finest achievement of the Chifley era was the popularising of full employment, the rhetoric about ‘depressions never again’.

It’s part of the legacy of Labor to care about the jobless. Hawke’s win in 1983 was about reconciliation, reconstruction and recovery, and solving the unemployment problem. The growth in jobs in the 1980s kept faith with those commitments. Over 1.25 million new, mostly full-time, jobs were created.

However in the 1990s the situation changed.

Unemployment rose to over 11 per cent. It’s now falling but the increase in growth is not reducing unemployment as fast as once expected. With changes in technology and the marketplace, growth is not enough to assist the long-term unemployed.

Chifley’s 1945 White Paper on Employment relied on Keynesian pump-priming. Those pumps no longer work; the rubber’s worn out. The international economy, the sophistication and sensitivity of markets call for different solutions.

The 1945 White paper attempted to be innovative. Out of the Post-war Reconstruction came ideas about federal-state collaboration, government assistance in infrastructure and employment. It said “there will be no place in this full-employment policy for schemes designed to make work for work’s sake. Moreover, full advantage must be taken of modern methods of production and training in all branches of industry, and the economic system must be flexible enough to meet changing needs”. What would be now called labour market programs found expression in the measures to assist returning soldiers to gain skills in the trades and at tertiary level.

Chifley’s vision of a cooperative bargain with the unions was ruined by the frustrations of a war-weary workforce and the ‘winter of discontent’, the industrial warfare led by communist unions in 1949.

In the Australia of the 1990s, a mature union movement is something the government can count on.

Six of yesterday’s initiatives stand out:  changes to income support, the delivery of CES [Commonwealth Employment Service] services, the training wage, the jobs compact, the increase in labour-market spending and the suspension of the training-guarantee levy.

The training wage will probably be pursued through as formula applicable to all industries and awards. The concept is sketched in the White Paper. The idea is agreed by the ACTU. There will be a role for unions and the award system in protecting employees and encouraging training opportunities.

The ‘jobs compact’ sounds a bit rhetorical, but the emphasis on the obligations of the CES and other providers to regard the unemployed as customers to be serviced is impressive. Out of that understanding flows the determination to deregulate the CES’s monopoly on training and employment services.

The significant increase in expenditure on labour-market programs, targeted to the long-term, unemployed and risk groups recognise the role of government in assisting those persons in the labour market. ‘New jobs’ may not be provided, but the improvement in the employability and skills of the long-term unemployed is a critical social need. The dollar incentives, scaled to those longest in the dole queues, recognises that the bulk of those persons are otherwise hopelessly disadvantaged – even in an improving labour market.

The suspension of the training guarantee levy is a sign of pragmatism and recognises the complaints of small business about the bureaucracy associated with labour market and other red-tape areas.

There will be some criticisms, including the reduction in entitlements to some of those aged under 18 (matching Austudy benefits).

Some details still need to be worked out. The test will be in the implementation.

On election night in March, 1993, Mr Keating talked about keeping the faith with those who had stood by Labor. He talked about Labor’s helping hand. Yesterday’s White Paper returns to critical focus what Labor intends to do about securing jobs for the future.