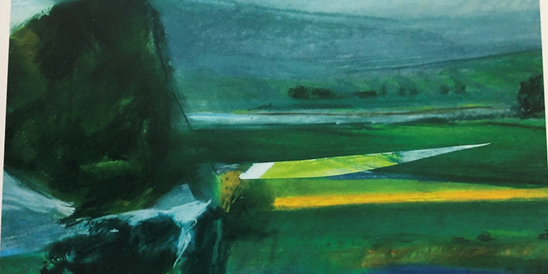 Whimsy, an art he lived by.
From Chesterton’s lamp-post

He saw an asylum of Napoleons,
In Don Quixote the noblest hero,

Truth battled in dialogue with imbeciles.
The burning forest kept him alive,

the flames from which burned deep inside.

for declining to pen poetry.
In life’s shitstorm, poking fun at idiots,

pausing with irony, fun on a seesaw.

The praise of Chou En-lai (1898-1976; Premier of the People’s Republic of China, 1949-76) for not writing poetry (something stated in Ryckmans’ book The Burning Forest) was an in-joke. And an allusion to countless communist leaders seeking accolades not only for divining the laws of historical materialism, but also for Nobel-prize standard prose and poetry.

Even the deadly dull Leonid Brezhnev (1906-1982; General Secretary of the Central Committee of the Communist Party of the Soviet Union, 1964-82) was awarded the Lenin Prize for Literature for his memoirs immediately after the final volume was published in 1979.