You are here:
University Theses 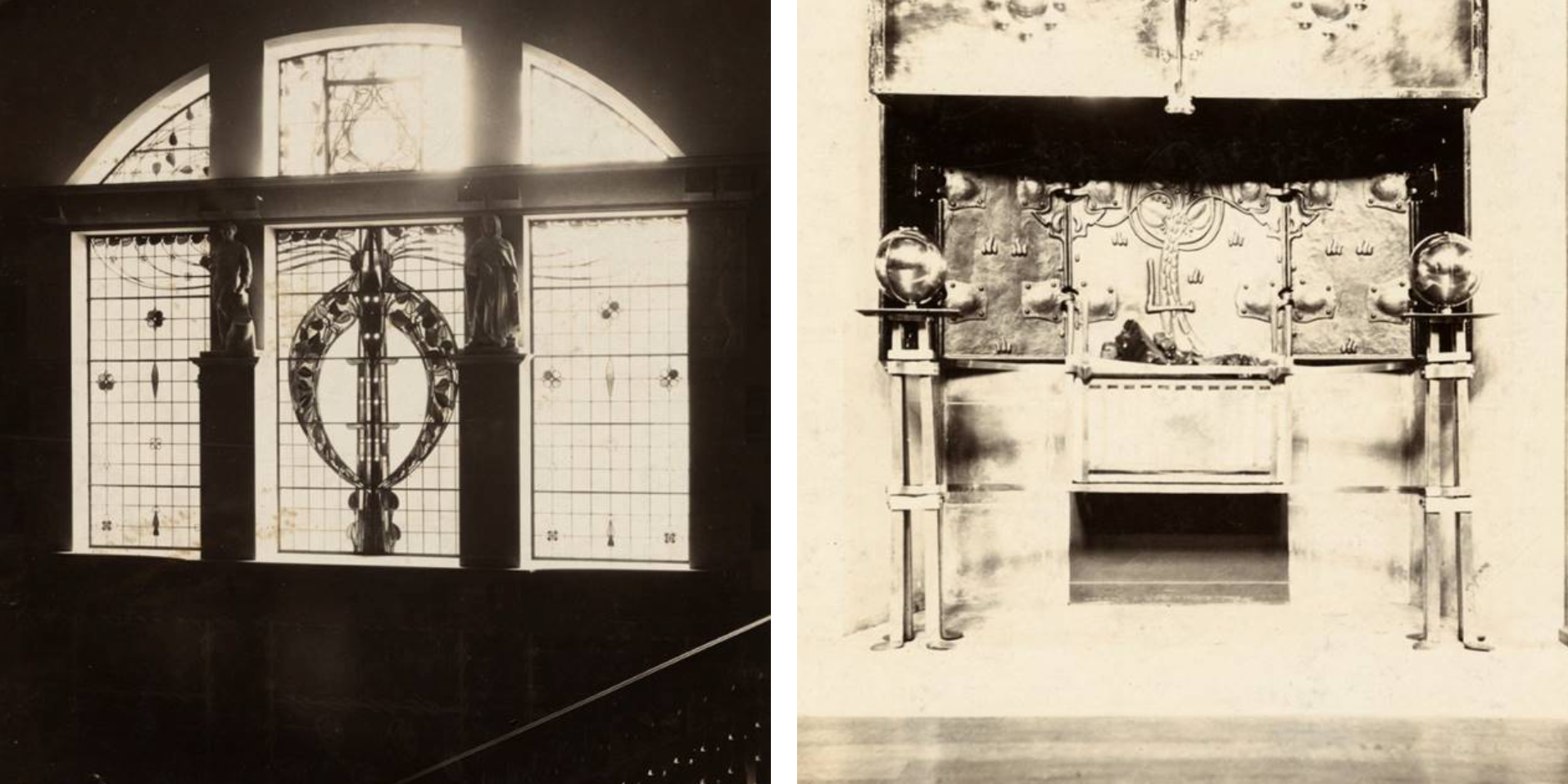 This M.Sc. thesis, completed at Campion Hall at the University of Oxford, revives interest in the ideas of Arthur J. Penty and places his thought in the context of an English tradition of sustainability.

Various photos from the archives of the Royal Institute of British Architects (RIBA), London, showing Penty’s approach to furniture and aesthetic design. These photos were not included in the thesis. If a book eventually is the outcome of these and supplementary research, these photos will be better catalogued and described:

The independent marker (outside of Oxford) wrote:

I found the dissertation quite extraordinary: almost a PhD in depth of research, condensed down to only 15,000 words. Indeed, the number and length of footnotes suggests that the author is clearly capable of doctoral studies. To have found and absorbed so many publications on and by Penty, and to have uncovered a significant original unpublished source, is a mark of the highest standard of work at Masters level.

The only fault I can possibly suggest is that the issue of sustainability is to some extent implied, rather than brought to the fore; but since the term was hardly known in the period studied (c. 1895 – 1930) this may simply be an issue of terminology. It was very interesting to see how many of the themes examined in Module 3 and Module 6 were current in that period. Other faults – if they can be so described – include the author’s enthusiasm spilling over into an epic set of footnotes, many of which evidence extensive research, and which might better have been formatted as endnotes for the sake of the reader. Perhaps illustrations would have helped elucidate some of Penty’s architectural milieu.

Specifically, the work shows awareness of a large range of literature, and succeeds in addressing a particular gap in that literature; it builds on the set readings and on a much wider range of materials, and addresses a significant research question (i.e. what are the antecedents of the modern interest in sustainability?). The dissertation is executed with originality and the writing is admirably clear and sustained. The methodology employed has clearly produced results, with a massive bibliography, over 40 pages in length, not merely presented for effect but with which the author appears intimately familiar. The interpretation is at once assured and clearly presented, with a mature and delightful writing style that is flowing and concise.

(2016) The Application of a Theory of Real Options (TRO) to the Decision-making of Mega Urban Transport Projects (MUTPs)
August 29, 2016

(2013) New Boots from the Old: Matthew Walker Robieson’s Ideas and the Struggle for Guild Socialism
August 29, 2013

(1976) An Examination of Sir Karl Popper’s Political Philosophy with Reference to Popper’s Exposition and Critique of Marxism
August 29, 1976
Search
Categories
Go to Top