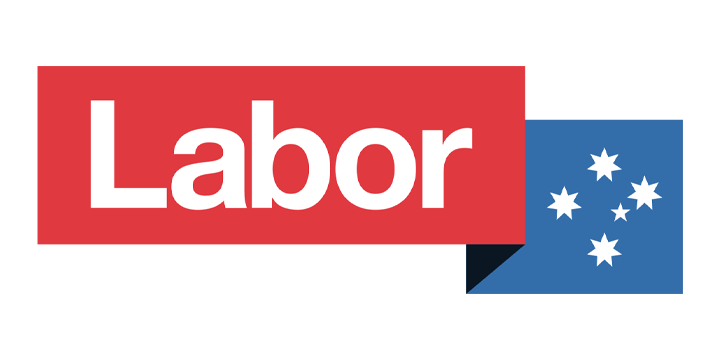 Published in The Spectator Australia, August 2014.

Like many supporters of Israel across the Australian community, I am stunned by the erosion of sympathy and advocacy within the Labor Party in defence of the only democratic nation in the Middle East.

Shrugging one’s shoulders and writing off Labor as a lost cause would be a mistake for three reasons. First, there are plenty of advocates of Israel within the ALP, probably a majority of the Right outside NSW. Second, notwithstanding recent setbacks such as the loosely worded Bob Carr motion carried at July’s NSW Conference, social democrats still have more in common with Israel than against. Third, giving up the ghost with one side of politics is to make support for Israel, or the Palestinians, partisan causes – a dangerous position in the longer term.

What is needed is re-engagement with emerging, future generations of Labor. New strategies are also required to restore balance to the debate.

As a student in 1977, I joined Labor Friends of Israel, an organisation formed by Carr with plenty of backing across the centre and right of NSW Labor. It was morally right then and now to resist thinly disguised anti-Semitism from the far-Left on campuses and elsewhere.

There was then a lot of deep attachment from many NSW Labor figures like Lionel Bowen (1922-2012), Deputy Prime Minister under Hawke and Joe Riordan (1930-2012), anti-communist union leader, MP for Phillip and briefly a Whitlam Minister. Riordan admired the Leon Uris book Trinity as one of the best accounts of the Irish experience. He also loved Uris’s Exodus which told the story of Zionist immigration to existing Jewish communities in Palestine by refugees and others from around the world. Riordan believed the Jewish struggle for statehood was akin to Irish battles for independence.

The support for Israel from Australian Workers’ Union leader, President of the NSW ALP from 1960-1970, Charlie Oliver (1901-1990) was so ardent that his Will stipulated that the President of the NSW Jewish Board of Deputies read the Old Testament at his funeral – which ALP member Leslie Caplan duly did. In this era, Bob Hawke’s passionate defence of Israel against the truly mad Labor official Bill Hartley (1930-2006) and others in the Victorian ALP inspired generations of Labor moderates. In NSW, Jewish Labor luminaries like Premier Wran’s Ministers Syd Einfeld (1909-1995) and potential successor as Premier Paul Landa (1941-1984) enjoyed wide respect.

All this changed for six main reasons. First, events moved on. There is fatigue and confusion on why a peace deal has not been done. Israel’s case is often not pitched effectively. Second, Israel is both Goliath and David, the little guy and the giant. This is a difficult public image. Third, Israel changed. In the last 37 years Labor held office for 8 years, Kadima 4. The old social-democratic Labor-Zionist coalition is frail and far from a majority. Fourth, the revisionist Zionism of “greater Israel” inspired by Ze’ev Jabotinsky (1880-1940) at times inspired self-defeating utopian dreaming in parts of the Israeli Right. Every time Yitzak Shamir, Prime Minister 1983-84 and 1986-1992, spoke of Judea and Samaria, this was a dog whistle. Fifth, settlements on disputed land much beyond Israel’s 1967 borders causes bewilderment even amongst those in Israel’s corner. Sixth, complacency developed in debating opponents about Israel’s moral worth and right to exist. In politics there are no permanent victories.

Here are six perspectives to appeal to a new generation of Labor moderates. First, the single greatest reason for continuing Israel-Palestine conflict remains Jew-hatred within Palestinian society. Until Palestinians find their Mandela moment, this long, tragic conflict will continue. In slogans on every public wall in Gaza and in much of the West Bank, in Arabic-language television shows, in Palestinian school classes, there is incitement to kill Jews as Jews not just as Israelis. How can there be real peace in that atmosphere?

Second, Hamas is pledged to destroy Israel, not negotiate any form of two-State solution. Its Charter is a combination of demonic bloodlust and the weird; blaming Zionists for such “evils” as Freemasonry, Rotary and Lions clubs, and for the drug trade and alcoholism. Nutty stuff. How can there be peace with opponents who do not believe you should exist nationally, collectively or individually? Third, Hamas is playing deadly games with human targets – its own. By firing rockets from amongst the Gaza populace, it provokes counter-attack. Hamas’ lust for Jewish blood is matched by its apparent religious zeal in sacrificing those Palestinians under its forcible control.

Seemingly, the more women and children killed, the better for undermining Israel’s legitimacy. Israel, of course, makes mistakes. In defending its communities from indiscriminately-targeted rocket fire, tunnel-raiding and abductions, Israel faces complex moral and practical dilemmas. These should be better understood by the democratic Left.

Fourth, within Palestinian society the battle is between those seeking peace and the Arab world’s first secular democratic state versus those seeking to impose an Islamist one bent on perpetual religious war. Israel remains the best hope for the former. Fifth, most Israelis and most people around the world back Israel doing what it has offered before – land swaps for peaceful co-existence. If only the PLO had accepted the peace offer mediated by Clinton in 2000. Sixth, a majority of Israelis crave peace but must have security of life. Even most of the Israeli right, including Netanyahu, would agree to a comprehensive peace settlement, if it could be guaranteed by a Palestinian partner serious about and capable of delivering one.

Within Australian Labor it is clear that there are many good people who want to support Israel, but lack arguments and debating experience. In the United Kingdom, there is a partisan, well-organised Labour Friends of Israel. This model could be an example here. So too is the example of the Australia-Israel-UK Leadership Dialogue which encourages political contact across political and geographical boundaries. Israel’s cause is strong. Patient argument is needed. Avoiding battle is not an option. The resistance begins.

Michael Easson is a founding member of the Australia-Israel-UK Leadership Dialogue.