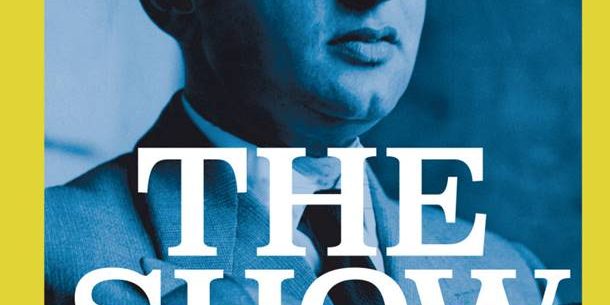 The Show, sub-titled Another Side of Santamaria’s Movement, is authored by Mark Aarons with the assistance of John Grenville, a one-time enthusiast and activist in, turned fierce opponent of, Bob Santamaria’s anti-communist campaign.

Sometimes we can be let down by our guides.

This sweeping, frustrating, sometimes insightful book is marred by a lack of understanding of and familiarity with issues, context, and people that  in contrast  made Aarons’ account of his communist family (The Family Files reviewed in these pages in September 2010) so compelling. This companion volume is often factually wrong about all three.

The Show went through five phases: First, as the Catholic Social Studies Movement set up by the Australian Catholic Bishops in 1941/2 to promote Catholic social thinking and evangelisation, as well, most significantly, to fight the insidious communist presence in the unions, supporting the ALP Industrial Groups against the Communist Party of Australia (CPA). Second, following the ALP Split and dissolution of the Groups, 1955-7, with the NSW and South Australian Bishops opposing the overly political nature of the old framework, the new incarnation of Santamaria’s organisation was set up as the layperson-led National Civic Council (NCC), formed in 1957 claiming successor status — though this was contested and disavowed from within the Church. In this phase, supporters of the NCC, nicknamed “the Show”, provided vital support to the Democratic Labor Party (DLP), preferencing the Liberal Party ahead of the ALP at elections, and funding certain anti-communist union leaders. The coherence of this strategy was diminished after Whitlam’s election to office in 1972 and the wiping out of DLP Senate representation after the Double Dissolution election of 1974. In the third phase, the NCC had an increasingly incoherent strategy concerning the ALP, with some supporters wanting to re-enter and influence the party, particularly after the dissolving of the DLP organisation in 1978. In this period Santamaria began to see the unions as less central to the cultural wars within the Church and the wider society, which led to tension between the union wing of the NCC, led by Federated Clerks Union (FCU) National President John Maynes, and Santamaria, which culminated in a split in 1982 and eventually, three years later, with the support of then Labor Prime Minister Bob Hawke, the return of right-wing — previously pro-DLP — unions in Victoria to the ALP. In the fourth phase, to Santamaria’s death in 1998, “Santa” was a combative intellect opposed to the permissive society in all its manifestations. Fifth, Since Santamaria’s death, the NCC has been a pale shadow of its former self, with negligible influence.

The history, activities and personality of the NCC and Santamaria have been well covered in numerous books, with Gerard Henderson’s recent biography Santamaria A Most Unusual Man (2015) particularly insightful. So what more can Aarons cover?

Aarons puts two claims. First, that the Movement and NCC were mirrored on Stalinist communism and similarly tainted by totalitarian intolerance of dissent. Seen through those lens, the Movement can be freshly evaluated. Second, that there is considerable evidence that the intelligence services cooperated with and were entangled with the NCC and that until this book there was an untold story of symbiotic relations between the intelligence services and Santamaria’s organisation. The first proposition is at best badly flawed and arguably ridiculous. The second claim suffers from a lack of evidence.

The book states that the Movement was “completely” modelled on the communist party, refers to ASIO “links”, references skulduggery and low level domestic “spying” in the everyday battle between communist and Grouper enthusiasts, deals with the schism in the NCC in 1982 and dwells on the cult of personality of Santamaria, as if he was akin to a communist dictator. As bad as was Santamaria’s vanity, polarising personality, and sometimes peculiar, askew interpretations of local politics, he did not champion death squads, mass torture of dissidents or defend extermination of opposition voices. Aarons’ extended analogy between communism and the Show is nutty.

Aaron mentions that research for his book began in 1991; he saw parallels with the Movement and the communists’ secrecy and tight knit organisation. He attributes to Grenville great insights on the workings of the Show and some of this is revealed in Aarons’ book. But what is odd about Grenville in Victoria and another of his allies, John Forrester in Queensland, is that in the third phase of the Movement/NCC, mentioned above, roughly from the late 1970s, they shifted from disillusionment to support for the Left — including bitter disavowal of the entire tradition of which, in their union – the FCU, they were once central. Aarons suspended his research work after Grenville was seriously injured in a horse riding accident, which for a time left him without a compass for his research. One might say: Some fall, some compass.

So Aarons wrote about his own family history first, a mostly admirable interpretation of his veteran communist father, uncle, and relatives, their infatuation with Stalinism, of the G-d that failed, and their ultimately futile attempt to champion a humane communism. Some of that book relied on records of the Australian Security Intelligence Organisation (ASIO). Aarons was able to contrast those records with some parts of the reality and to comment on the guesswork of certain of the spies’ CPA reports.

Sensationally he suggested some Labor figures were double ticket holders, enthralled to the idea of the leading role of the Communist Party in the leadership of the Labor Left.  ALP Senator Arthur Gietzelt (1920-2014; senator, 1971-89) figures prominently.

Aarons’ one sensational revelation comes from the recollections and papers of Jim Moss (1918- ), the communist functionary and metal workers’ leader in South Australia, who confirms that Harry Krantz (1919-2006), leader of the South Australian Branch of the Federated Clerks Union for forty three years from 1941, was a secret communist, just as “the Show” had alleged.

Unfamiliarity with context and issues is marked. Secrecy in the Movement/Show was a response to Australia’s sectarian tensions in the period discussed, especially prior to the 1970s. This is an important factor seldom mentioned in the book. It is as if the author is barely aware of the once fraught Protestant/Catholic divide.

The “Jack Ferguson” who Aarons identifies as a person doubted by Movement operatives in 1953, was not the future Deputy Premier of NSW, as he says, but another Jack Ferguson, the President of the NSW Branch of the Australian Railways Union.

The expression “our separated brethren” is not a caustic phrase but a mostly friendly reference to people of similar but divided beliefs. For example, Catholics sometimes refer to Protestants like that, to emphasise that whatever might be current disagreements, the denominations share the same and overriding holy heritage. When Santamaria referred to the Maynes forces as “our separated brethren” he meant the phrase to be understood in that way. Though, to be sure, there was bitterness and dispute, including Victorian Supreme Court action, over the fair dividing of assets.

Of the murder of over 6,000 clergy and members of religious orders during the Spanish civil war, Aarons regrets the violence but offers the bizarre interpretation that this “mostly consisted of spontaneous revenge taken by ordinary Spaniards who saw the clergy as class enemies.” This is nonsense somersaulting on a trampoline.

An unnamed Movement liaison agent “confirms” to Aarons that former ASIO librarian Jack Clowes, after retirement employed part-time in the Labor Council of NSW library from the early 1970s onwards, traded information between ASIO and trusted individuals in the unions. Clowes is also named in David McKnight’s book Australia’s Spies and Their Secrets (1994) as a key figure. As told to this reviewer, the inside joke can now be revealed – as there is no evidence whatsoever to back up these claims. The person who appointed Clowes was the then Labor Council Assistant Secretary John Ducker who, with his trusted lieutenant Barrie Unsworth, at the time mischievously thought that appointing the meek and mild Clowes would set the conspiracy theorists on the left wild.

Adelaide gets particular attention, partly because Aarons collected a lot on the history of the CPA there and largely due to the extensive collection of Movement/NCC records in South Australia surviving in public libraries.
Someone more familiar with the records would know that there were two Ted Farrells, cousins, involved in the Movement/Show. One eventually stayed in the ALP to fight communist influence; the other, an accountant, uncovered financial irregularities and played an important role in destroying communist control in the shop assistants’ union. One fathered right wing ALP Senator Don Farrell.

Creeping into the analysis are stock communist views about American unions, the CIA and ASIO penetrating — for nefarious reasons — Australian and global unions. Nearly all of this is fantasy. For example, many of the internationally-minded American unionists were Cold War social democrats, mostly liberal on domestic policy and fiercely anti-communist. Many of them were Jewish with long family ties to the non-communist socialist movement. People like Rachelle Horowitz, American Federation of Teachers, Tom Kahn, one time head of the International Department in the American Federation of Labor-Congress of Industrial Organisations (AFL-CIO), and others organised Martin Luther King’s Freedom March on Washington in 1963. It is lazy, crude propaganda, abetted by ignorance, to suggest these dedicated people were puppets of some CIA case officer.

Aarons in many ways has written a revealing book. But it is largely a pilgrimage to dubious conclusions. Frank Knopfelmacher is quoted a few times as an insightful figure understanding Santamaria’s machinations. If only there was more – including analysis of what “Knopfels” had to say by way of interpretation. Curiosity led Aarons to write his book, but he has been misled by his guide and waylaid by his own instincts. The author shows signs of bearing heavily a load of misinterpreted material masquerading as “inside knowledge”, which has blurred a formerly clear eye.