(1996) The Political Risk of Being Boring 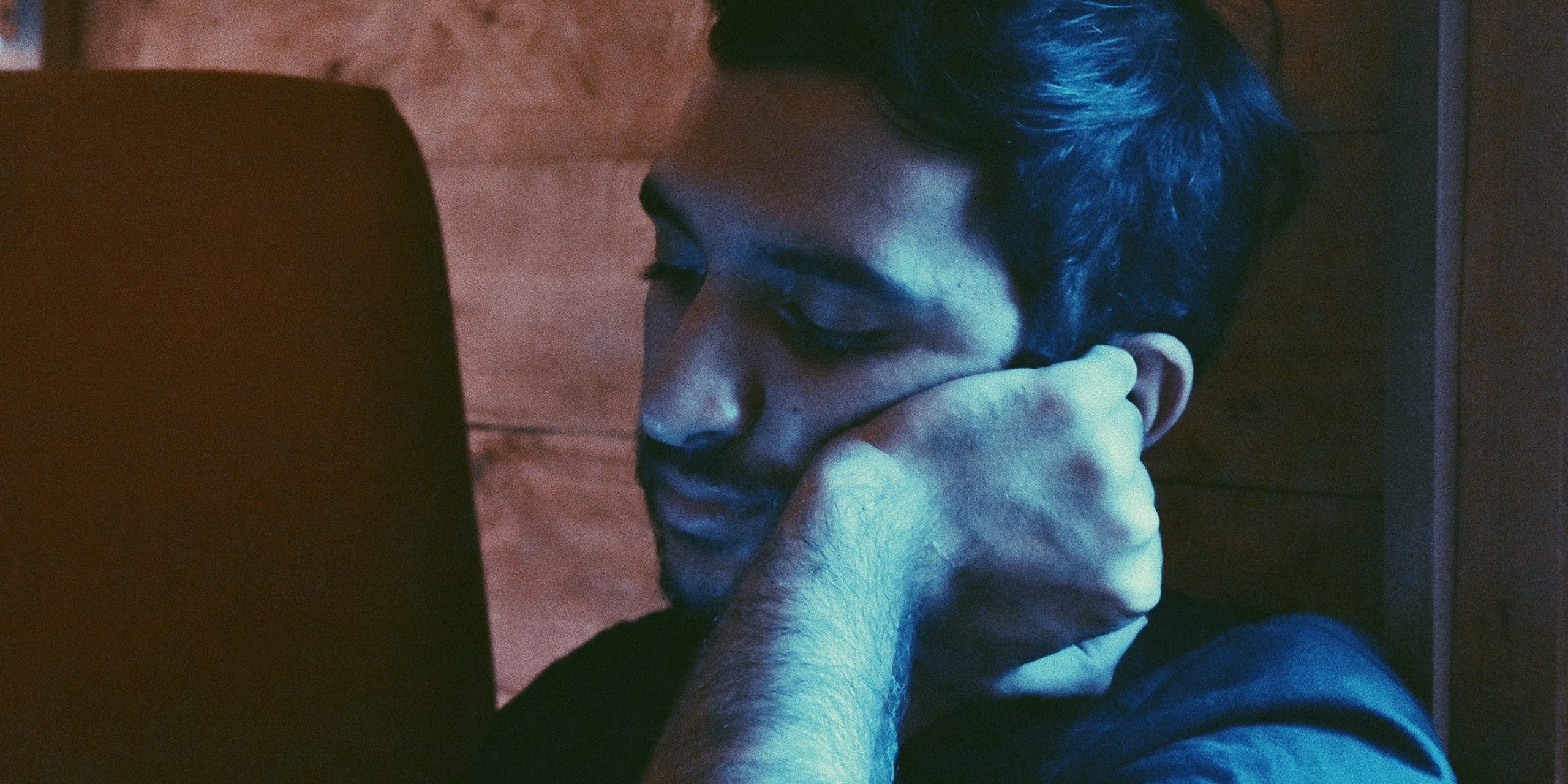 Article written during the 1996 federal election campaign & submitted though not published by The Australian newspaper.

It is interesting to reflect on why the 1996 federal election campaign is so boring relative to the high passion of past elections. A high number of undecided voters in the opinion polls, especially in the marginal seats, indicate that there is a fair swag of the electorate still to make up their minds. This means that Labor is still in with a chance of winning.

It is a feature of modern politics in Australia and elsewhere in the western world that there is a decline in loyalty for political parties. Many people are seeing politics in a new light. John Kennedy Jnr., the new editor of George magazine, commented in the New York Times last month that politics is different for his generation. For younger people it is a bit like following a sporting team or taste in music, Kennedy said. In other words, the ideological passion associated with public policy issues diminished in the late 1980s and the 1990s. Ironically, the 1980s was mostly the era of Thatcher and Reagan, when ideological politics came to the fore. But the 1990s is increasingly called the post-ideological period and the era of post-partisan politics.

Paul Johnson, the radical English conservative writer and author of noteworthy books on the history of Christianity, on intellectuals and on the history of the Jewish people, stated in a recent article in the English journal The Spectator that he was going to vote for Tony Blair as the next leader of Great Britain. Johnson, who had an earlier period as a Labour-voting radical, was making an extraordinary jump. Johnson was one of those who endlessly waxed lyrical about the Thatcherite agenda. He stated in his article, however, that he was in favour of voting for individuals. Policy issues do not matter a great deal in contemporary Britain, he thought, given the political rhetoric and policy positions of the main parties. He liked what Blair stood for more than Major. He thought Blair more courageous than Major in confronting major policy questions. Therefore on the basis of “character”, Johnson was opting for Blair, despite the fact that he is from the Labour party.

In an article in the latest issue of the Journal of Democracy, the American political scientist Seymour Martin Lipset, author of one of the few true classics on modern politics, Political Man, noted themes emerging in understanding the decline in interest in politics in all western countries. Lipset asserts that rational choice theory is applicable. As the electorate grows more sophisticated, as individuals are better informed and as politics is less and less messianic or manifesto-based, it becomes more boring. Many citizens decide not to vote because they know that their actual decision cannot make a difference. This, Lipset concludes, is one of the modern dilemmas of democracy. When the citizens think that they cannot make any difference to the final result, it is a genuine problem: why take much interest? Why participate?

Lipset writes: “In recent decades, party organizations have become weaker, electoral loyalty to them has declined, and voter participation has dropped. Media-fuelled cynicism towards politics has reached new heights in many countries. Perhaps the basic problem is that voting is not a rational act, for a single vote almost never comes close to deciding an election. Although critics conclude that non-voters are either ignorant or irrational, perhaps the half of the American electorate that abstains from voting even in presidential elections has simply taken this truth about voting to heart. This is the paradox of democratic politics.”

Perhaps the current election campaign reflects this new reality. Both political parties are carefully matching each others’ policies. Obviously this is more so with the Liberal Party which is parasitically crafting to its policy book much of what the Labor Party claims to now stand for. There is matching of Medicare changes by both parties leaving that an area of total confusion for the rest of the public. How to choose? In the industrial relations area, Peter Reith is talking smoothly about the important role of unions and gently chiding the unions for backing the Labor Party in the campaign. But he expressed the view that after the election there will be a normal relationship with a new government. (Although this is unlikely and it is probable that there will be a bit of conflict and tearing away of certain union privileges, the rhetoric is comforting to some and bland to most of us.)

The prime minister sometimes appears frustrated that his “message” is not getting through. If he wins it might be due to local campaigns conveying information and fault-line issues in language understandable to the electorate.

Even with respect to policy on Telstra, however, the government is not scoring any substantial points. Although polls indicate that most people want Telstra to remain under public control, there is considerable residual suspicion about Keating — the man who proposed that the Commonwealth Bank would never be sold — would do the same with Telstra sometime after the election. Probably the best way to have an impact on this issue is to localise a campaign, to focus on local problems that are central to the regulation of the telecommunications industry, including the setting of fair prices and access. Such a campaign is underway in the marginal seats held or sought by Labor. Hence, the theme of timed calls features in the discussion of the privatised or semi-privatised Telstra. That is not the only area where a more commercial approach might be unsettling to the electorate. For example, in many countries mobile phone users pay both ways. They pay when they take a call as when they make a call. This aspect is also featuring in local campaign literature. The experience in Italy last year when its telephone system was privatised was that prices went up including international direct dialling. This story gets a jersey – a run in the local press of candidates keen to convince voters that their vote might make a difference.

Sport is something which resonates in much of the Australian electorate. Labor, however, is not successful in turning this into a winning issue at the national level. No one I know instantly recalls who is the minister for sport, still less the shadow minister. Local campaigns about sports grants (remember that?) is where this theme is prominent. Some ALP sports-minded candidates are lobbying sporting fans about how good Labor’s record is in this field. In 1980 prime minister Fraser and John Howard supported the boycott of the Moscow Olympic Games. Sending the Australian Olympic athletes there was probably important to Australia picking up a few votes in winning the Sydney Games for 2000. In the last year John Howard was in government, commonwealth funding was around $6.0m per annum for sport. Olympic athletes and the Olympic movement went to the games through fund raising events. In 1996 annual federal sport funding is over $180m. At the Atlanta Games, Australia will send the third biggest team of all the nations. This is just one popular issue which arguably the national media and more surprisingly the leading politicians are not dwelling on.

The quality of the media’s coverage of Australian politics contributes significantly to the difficulty of the ordinary voter in penetrating the ‘reality’ of political life and to appreciate the battles over particular public policies. For our Canberra press gallery, politics is not just the personal — it is the personality. For years Paul Keating’s dominance had them mesmerised. But now it appears that, like Seinfeld, he is suffering from over-exposure and they would like a change. Not for our sake, but theirs. They would like to switch the channel and report on something new. The problem of course is that switching from Keating’s ‘Seinfeld’ leaves the rest of us with Howard’s ‘Leave it to Beaver’. Journalists in the press gallery live, eat, drink, work, and socialise in a bubble of Canberra. They portray politics as a day by day account of personality conflicts. Policy is not something usually analysed particularly deeply as good or bad. It is a vehicle for ferreting out conflict. Comment is sought from constituency groups so that if policy appears well received there seemingly is no newsworthy conflict and no story. Controversial policy means bad policy and a story. But is it good or bad? How would anyone know from our media? It is certainly easier to form a view on personalities and disengage from policy.

My guess is that the federal election will be decided by the swings in and diverse features of different electorates. This is likely to be uneven. It is probable that seats like Hughes, currently not on anyone’s radar, could be shaky for Labor and that seats like Hindmarsh in South Australia could swing back Labor’s way. The local campaigns will make a difference. Here, Labor always has an advantage. Despite the disciplined Howard campaign, you can never write off Labor — especially if Keating performs well in the next theme-setting debate.

But the local is what matters this time, maybe even more than ever.

There is a noticeable ambivalence in this piece. I wanted Keating to prevail; Mary, my wife, was hoping for re-election as the Member for Lowe. Yet I thought the mood against Keating’s return. Keating lost the election. Hindmarsh, then a South Australian marginal electorate, held by the Liberal’s Christine Gallus, saw her returned in 1996. Robert Tickner, the Keating government’s Minister for Aboriginal and Torres Strait Islander Affairs, was badly defeated as Member for Hughes in 1996.