(1995) Honest John Can Win With the Right Formula 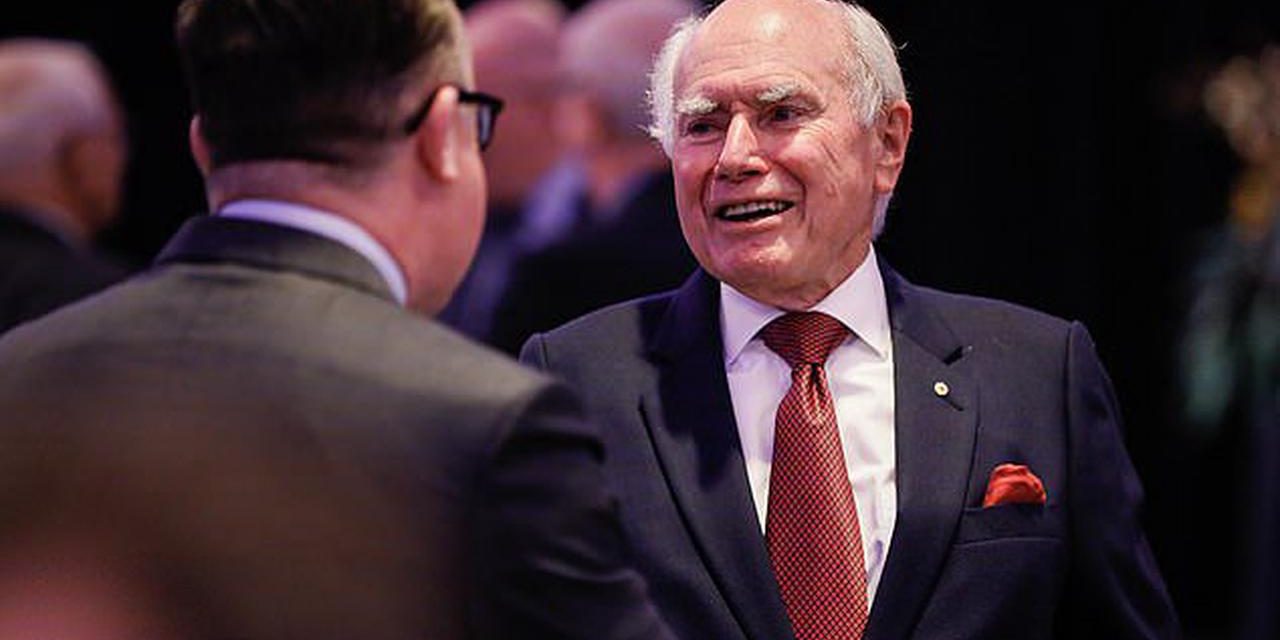 John Howard will be tougher, more cunning, and intellectually miles ahead of his former leader, Alexander Downer. Hence he will be a more formidable presence in the parliament and will be, at least in the short term, a heartening force for Liberals and their supporters. ‘But can he win the next election?’ is the question that matters.

But back to the main game, can Howard win? Yes and no. The man who became opposition leader in 1985 by accident and lost in 1990 in ambush has now regained leadership in a period of deep despair. He is the best performer in opposition; but can he unite a team? Has he got what it takes? Does his team?

A clue can be provided in the Howard shadow ministry. His deputy, Peter Costello, will be loyal.  Costello was one of the Liberal party pre-selection candidates whom Howard, the last time he was leader, barracked for and assisted to get into parliament.

Selecting Senate opposition leader and card-carrying bleeding heart moderate Robert Hill as industrial relations spokesman would have been smart. Howard, however, chose to make few changes and only one in personnel. In any event, Hill is a fig leaf for a very dry shadow cabinet.

One thing different in 1994 compared with 1987 is that there are fewer “wets” to choose from. Peter Baume resigned some years ago.  Earlier he vehemently attacked Howard’s stances on immigration and other issues. Ian Macphee is gone also. Howard, the last time he was leader, allowed Macphee to go under, losing a pre-selection. Whatever the intellectual accomplishments of Macphee’s successor as the member for Goldstein, David Kemp, it was not wise to lose such talent.

Many other moderates did not win pre-selections or have just been discouraged from standing for parliament. There are few to choose from on that side of the liberal fence.  Something else has also changed. That is the confidence of Howard’s rhetoric. In the last few days he has sounded humble, uncertain, softer. It is as if he is the leader of the once-were-warriors brigade: once fierce and certain protagonists reduced to stale veterans, reminiscing of days gone past and what might have been.

It is in the policy arena that the toughest challenges face Howard. In retrospect, some of the criticisms Howard made during his previous period as leader – if not his proposed solutions – were right. The need to tackle inefficiencies of the labour market and to promote the privatisation of some of the more cumbersome quangos were arguments in the right direction. But labor has reacted to these issues and found its own solutions. One consequence of Labor’s changed, less ideological, pitch is that the sharpness of the distinction between Labor and the conservatives on “government reform” issues is less sharp. It was in this area that Howard has always been most comfortable.

The next election will probably be fought on these issues: the image of the party leaders; symbolic questions; economic credentials; health and the drumbeat associated with “fear of change” – what will they really do if they get elected?

With the right positioning and a bit of luck, Howard could get there. But it is too early to tell. The difference between confident selling of fresh policy approaches and a fanatical desire to impose ideological change will be about presentation.

Howard’s biggest danger is that the government will portray him as Lazarus without the triple-bypass, yesterday’s man, ideologically driven and out of touch with community thinking. The republic debate could make Howard look ridiculous. One more royal romp and it will be hard to keep a straight face when the keep-the-constitutional-monarchy-as-it-is crowd starts talking.

The defense of Medicare will be one of the government’s big weapons. The last election, if it had not been lost on the GST, it would have been lost on Medicare. Michael Wooldridge, the new health spokesman, has a demanding job ahead of him.

Possibly the defense of Telecom – why sell it to the highest bidder? – is another issue the government might try to exploit. The Budget deficit, however, might well tempt the government to privatise part or even the whole of Telecom, now that some effective competition is around.

Howard has achieved the leadership unopposed and with tremendous authority. There are plenty of people across all sides of politics who admire his tenacity. But Honest John needs to convince the electorate that he is the man of the moment, rather than the stop-gap leader who will lose the least.