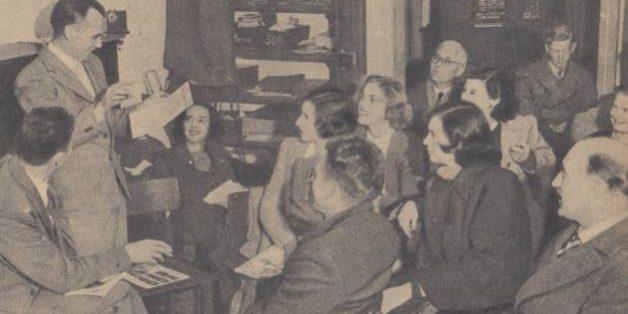 In many ways, Lloyd Ross was the odd man out. In the Australian trade union movement he was the first and only man to hold a Doctorate of Letters and a leading position in a blue-collar union. In the Aus­tralian Association for Cultural Freedom he was a strong Labor man – nothing odd about this at the time the Association was formed in 1954 – but as Sir John Kerr recently observed in Quadrant Ross’ political leanings were different from nearly all Association members’ by the 1970s.

After Ross’ graduation from Melbourne University, his career can be divided into five phases: the WEA adult edu­cator from 1924- to 1935; the trade union official from 1935 to 1943; the Labor movement propagandist and writer from 1943 to 1952 (with the Ministry of Post War Recon­struction and then, for several years after Chifiey’s defeat as Prime Minister, as a Melbourne Herald journalist); trade union official from 1952 to 1969 (as NSW Secretary of the Australia Railways Union); and then retirement from 1970.

Some of the details of Ross’ career were traced in Stephen Holt’s article in last month’s Quadrant.  However, there were some things conveyed there which did not do justice to Lloyd Ross’ position. In my view the “golden era” for Ross was the 1940s and early 1950s – the decade immediately after his break with the Communist Party of Australia – rather than the period in the 1930s which Holt highlights. In the 1940s Ross wrote prolifically and his arti­cles for Twentieth Century rank among the finest theoretical articles published about Australian Labor.

What can be said of Lloyd Ross’ career?  What were his achievements? Four things stand out:

Firstly, although the record of his work is uneven, a number of articles and books Ross wrote are significant contributions to labour history. The articles he wrote for Labour Voice in the 1920s and 1930s, the unpublished biog­raphy of Frank Anstey and the Twentieth Century articles stand out.

Secondly, Ross played a significant role in articulating a liberal and democratic socialist alternative to the sillier ideas of Left and Right in the Labor movement.

Thirdly, Ross contributed mightily to the anti-Communist cause. After his resignation from the CPA in 1941 he was able to persuade a majority of his ARU col­leagues to stick with the official Labor Party (rather than supporting the Hughes-Evans State Labour Party which eventually merged with the CPA in 1944). Ross also had an impact on the ALP Industrial Groups in the 1950s and he hoped that this element would become a radical and thoughtful force within the Australian Labor movement. During the ALP split Ross was one of the seventeen delegates who walked out of the Hobart Conference but that was as far as he went. Ross always believed that the for­mation of the Democratic Labor Party was a colossal mistake and a misunderstanding of labour traditions. In NSW Ross, like his colleague Laurie Short of the Feder­ated Ironworkers’ Association, stuck with Labor and the “live to fight another day” strategy. In doing so Ross minimised the impact of the Labor split in New South Wales.

Fourthly, Ross did some magnificent things for rail workers. When Ross joined the ARU fifty-two years ago the union members were poorly organised, low paid and many suffered atrocious conditions. Ross did much to improve the “dignity of labour” and was one of many in the Labor movement to perform the role of civilising capitalism. Ross also was concerned with health and safety issues – sandy blight and tracoma were problems faced by workers as Ross discovered in a visit to Western New South Wales in the 1930s.

In his retirement Ross busied himself with research and writing. In 1977 he published the biography John Curtin (1977) that he had been working on for thirty years. The biography of his father, R.S. Ross, was left unfinished at the time of his death. It is an interesting question whether Ross made the right decision to go back to the ARU in 1952 as he was immediately consumed by the faction fights and the exhausting work of a leading trade union official and thus had little time for reflection, research or writing although he published some excellent articles including several for Quadrant. A different occupation might have given him more time for intellectual activities and writing and Australia would have been the richer for this.

Ross’ attitude to the Australian Association for Cultural Freedom was illustrative of his convictions and character. He was AACF President from 1961 to 1968 and retained his membership from that time.  Ross believed that the Association and Quadrant were cultural activities and should be open to all of a non-totalitarian persuasion. Thus, Ross believed that the Association should include conservatives, liberals, laborists, social democrats, democratic socialists and people of no political allegiance – a coalition of fractious allies.

Australian Labor is much diminished by the death of Lloyd Ross. His career is of great fascination given the events in which he was involved and it is hoped that in time a substantial biography will be written which will do justice to his ideas and achievements.

As soon as I heard the news I wrote this article on the spot at an ACTU Congress meeting and faxed it to Richard Krygier managing director at Quadrant magazine. I wanted the piece in the earliest edition possible. Ross had been a former President of the Australian Association for Cultural Freedom, publishers of Quadrant.