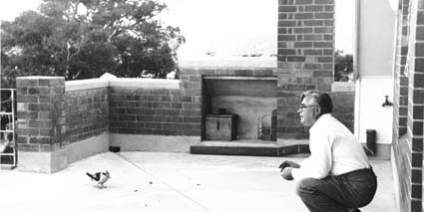 Kim Beazley in his Foreword to Michael Thwaite’s book Truth Will Out comments that the Petrov affair is in the memory of the political professionals rather than the public and argues that it was the performance of Dr Evatt rather than the Petrovs’ revelations that was decisive in shattering the ALP’s electoral standing in the 1950s.

In post-war Australian political history nothing compares with the airport scenes of Mrs Petrov’s defection, the dramatic diplomatic consequences, the wild accusations and political ramifications which followed Prime Minister’s Menzies’s announcement to the House of Representatives on April 13, 1954, that Vladimir Petrov, Third Secretary in the Embassy of the USSR, had defected.

Thwaites was personally involved as an ASIO agent in procuring Petrov’s defection and in assisting the Petrovs to settle down in Australia. He ghost wrote much of Empire of Fear, the Petrovs’ joint autobiography.

He is therefore in an ideal position to discuss and refute the allegations that the Petrovs’ defections were somehow contrived to benefit the Prime Minister in the 1954 Federal election. In this, Thwaites argues well enough.

However, Thwaite’s book does not thoroughly canvass some important issues raised by the Petrovs’ defections and the aftermath: was Menzies negligent in leaving ASIO to seek out V. Petrov’s defection without detailed consultation throughout the process with the Prime Minister?

How influential were the Petrovs’ defections and the Royal Commission on Espionage hearings in influencing the 1954 Federal election result?

Were the Royal Commissioners fair in determining the authenticity of Document J, one of the documents brought over by Petrov upon his defection, allegedly written by the then communist journalist Rupert Lockwood?

To raise these questions is not to side with those who believe that the “Petrov affair” was some vast conspiracy against the ALP or Dr. Evatt. It is not enough to castigate Dr Evatt for his unfalsifiable and unsupportable allegations concerning the “Petrov affair”. There is more to it than Dr Evatt’s hallucinations.

The simian characteristic of not seeing, hearing or speaking against the myths sanctified by Dr Evatt has affected many interpretations.

Menzies’ account of the affair, as outlined in The Measure of the Years, has portrayed his handling of the development of events and the Royal Commission as a model of impartiality and sound judgment.

There is much to quarrel with these accounts.

The greatest tragedy of the “affair” was Dr Evatt’s search for ‘nests of traitors’. Of course he was not destroyed by the Petrovs’ defections, he ruined himself. Dr Evatt’s performance before the Royal Commission, his obsession concerning a consoiracy to defame his character and his extraordinary statement to the Parliament that Molotov, the Soviet Foreign Minister, supported his contention that the documents brought over by V. Petrov were fabrications, contributed to Dr Evatt’s decline.

Thwaite’s book throws fresh light on the motives leading to the Petrovs to defect, the workings of ASIO in the early and middle 1950s and the Royal Commission hearings.

In this respect Thwaite’s book is extremely valuable.

I wished for a better book from Thwaites.

Michael Thwaites AO (1915-2005), poet, naval officer, intelligence agent, and researcher, left the Australian Security and Intelligence Organisation (ASIO) in 1971 to become Assistant Parliamentary Librarian and retired from there in 1976.

He was a member of Moral Rearmament, a Christian group with strong Anglican links, which is where he met the Australian Labor politician Kim Beazley Snr., who wrote a clear-eyed introduction to the book.

I later wrote a more detailed assessment of the Petrovs’ defections.