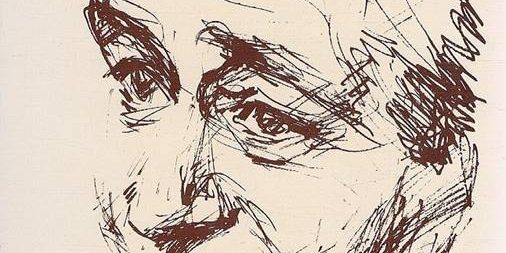 Originally published with a separate review by Kevin Kelly under the heading ‘Memories, Memories… Two Views of B.A. Santamaria’s Memoirs’ called Against the Tide, Catholic Weekly, Vol. 40, No. 2044, 17 May 1981, p. 25.

Mr Santamaria is the most controversial and politically most influential Catholic layman in Australia’s history. To most ALP stalwarts Mr Santamaria is the political equivalent of what Professor Moriarty was to Sherlock Holmes. His memoirs are therefore an occasion for some comment. Mr Santamaria’s Against the Tide focuses on the ideas, issues and events which have occupied his attention since the 1930s.

This review will concentrate on the events christened “the split” which convulsed the ALP between 1954-1957 and led to the defeat of two State Labor governments.  The memories and ramifications of those times still haunt the living.

From the outset, the Movement (as it came to be known) was involved in the battle for control of key unions whose leadership was either under the control of or seriously challenged by members of the Communist Party of Australia (CPA).

In 1945, the ALP formed Industrial Groups in unions threatened by or under communist hegemony. The Industrial Groups were formed partly as a result of Movement support, and because ALP members were concerned by the rise of the CPA and its allies who almost captured the ACTU in 1945.

Mr Santamaria stresses that in the 1940s prominent union officials from the ACTU, the Victorian Trades Hall Council and Labor Council of NSW gave him every encouragement in his endeavours to defeat the communists in the labour movement.

Unfortunately, Mr Santamaria is unclear about the role of the Movement in the ALP Industrial Groups and why, following the creation of the Groups, the Movement would continue to operate in the union movement.

After all, Mr Santamaria tells of his concern about a sectarian backlash – which became very real in the middle 1950s.

This fuzziness concerning the Movement is not helped by Santamaria’s comment that, in 1953: “I felt confident in saying that within two years the position would be so strong that I could resign my task and devote myself to my family.”

Did this mean that the Movement’s activity in the unions would cease? Or that the ALP Industrial Groups could be trusted to preserve and improve the work the Movement started?

In the early 1950s, Industrial Group supporters controlled the Victorian and NSW ALP executives and were in a strong position in Queensland and Tasmania. Things came unstuck from about 1953 onwards.

They were joined after the May 1954 Federal elections by Dr Evatt.

Allegations of outside control of the Victorian ALP were made in a press statement issued by Dr Evatt on October 5, 1954.

Mr Santamaria’s response to those attacks is described in detail but, in this reviewer’s opinion, his account is inadequate and ignores evidence which contradicts his thesis.

Mr Santamaria says: “As far as the formulation of a political strategy to confront Dr Evatt was concerned, there was only one choice – either to counter-attack, or to retreat in good order to fight another day.  The former was the correct policy to follow if the Movement was united throughout Australia, the latter, if its Sydney Branch was acting separately and could not be relied on.  On this most critical matter of all, our initial ‘intelligence’ was not only defective but wrong.”  That is to say, the NSW office of the Movement was opposed to the Santamarian strategy which led to the split in the Victorian ALP.

This strategy was never clearly formulated, although Mr Santamaria argued that if the three Eastern States stood firm and resisted the attacks now led by Dr Evatt they could win.  The form that resistance should take divided the Industrial Group leaders.

The Federal Executive also altered the rules of the Victorian ALP to allow non-ALP members to attend.

Mr Dinny Lovegrove, the Victorian ALP secretary and Industrial Group supporter, believed the Industrial Group leaders could still win, albiet narrowly. His policy of moderation was countered by those who refused to abide by the Federal Executive decisions.

It is not accurate to say, as Mr Santamaria simply states, that: “Many non-Catholic political leaders (for instance, D. Lovegrove, the Victorian State Secretary of the ALP, whose position depended considerably on Industrial Group support) were demoralised by growing evidence of Catholic disunity.”

Lovegrove, like Victorian ALP Premier Cain and ACTU leaders Broadby and Clarey were appalled by the tactics followed by those who argued that the Industrial Groups’ leaders should not be represented at the February 1955 Victorian conference and that, instead, a rival delegation be sent to the Hobart Federal conference. [That being the pro-Grouper delegation elected at the previous Victorian state conference in 1954.]

Mr Santamaria was one of those behind these tactics which split the moderates in the Victorian ALP and led to the defeat of the Industrial Groups. It is amazing that these aspects do not receive detailed consideration in Mr Santamaria’s book.

The National ALP Conference in Hobart in March 1955 witnessed a walkout by the 17 Industrial Group supporters who believed the newly elected delegation from Victoria should not be seated prior to the Conference voting on which delegation should be represented from Victoria.

The remaining 19 delegates decided to dissolve the Industrial Groups. Yet there was some chance, at least in the case of one Tasmanian delegate that, had the 17 Industrial Group supporters remained, this move could have been defeated.

The split in NSW did not reach Victorian dimensions not only because the Sydney Movement was opposed to Mr Santamaria’s strategy, but because of the fears by NSW Industrial Group leaders that the moderate coalition controlling the NSW ALP would be irrevocably split if they pursued similar tactics.

This would only aid the socialist left of the ALP and the recovery of the communist position in the union movement.

Mr Santamaria’s explanation of the troubles in the ALP are marred by some clumsy errors: Dr Lloyd Ross was not the NSW Secretary of the Australian Railways Union in 1949; at that time he was working for the Ministry of Post War Reconstruction; Jim McClelland was not one of Laurie Short’s barristers in the Federated Ironworkers Association battles in the late 1940s and early 1950s; he was Mr Short’s solicitor; Dr Evatt had not lost two elections in a row in 1954; he had lost the May 1954 election; Dr Evatt was not the Leader of the Opposition in 1963; he retired in 1960.

The formation of the Democratic Labor Party and its “guerrilla war of attrition” against the ALP is also described in this work.

The belief that the DLP, by directing preferences away from the ALP and thereby securing the election of conservative governments, would force the ALP to terms and re-admit the DLP back to its ranks was not well thought out.  It was a sado-masochistic policy – as if continuous punishment of the ALP would force the ALP to welcome its tormentors to the fold.  There was never much chance that this strategy would succeed even if some leaders of the ALP hoped for reconciliation.

Unity, however, depended on the approval of the Federal ALP Executive, which was unlikely.

Surprisingly Mr Santamaria does not refer to many of his activities prior to his total immersion in the world of Movement and ALP politics. For example, his role in the Melbourne University Radical Club (in the middle 1930s) which formed study circles on topics of current interest.

Nor does he mention the articles written in the 1940s under the pseudonym John Williams, for the journal Twentieth Century. These articles discussed ALP politics, the rise of communism in the union movement at that time and ideas on worker participation.

Many of the radical ideas formulated at that time, and identified with Mr Santamaria and the Industrial Group leaders, were lost sight of during and after the split. The DLP came to represent a negative force. This was not only Mr Santamaria’s tragedy.

Kevin Kelly (1910–1994), one of the founders of the Campion Society and Catholic Action in Victoria, a retired Australian diplomat and a friend of Archbishop James Carroll (1908-1995), also contributed a separate review in the same issue of the Catholic Weekly.  What we wrote was published under the heading ‘Memories, Memories… Two Views of B.A. Santamaria’s Memoirs’. In another review by John Russell of the Santamaria autobiography, he quips:  “…the Catholic Weekly carried a double-barrelled blast analysing separately the religious and political implications of the book under the names of Kelly and Easson which Santamaria probably took for nom de plumes for his old nemesis, Archbishop Carroll.” (Labor Leader, Vol. 5, No. 2, June 1981, p. 7.)

In subsequent issues of the Catholic Weekly, Jack Kane criticised my analysis of the 1955 Federal ALP Conference. Much of my argument was derived from long conversations with Laurie Short and Dr Lloyd Ross.

In Gerard Henderson’s recent biography of Santamaria, he mentions that BAS himself came to see that te tactics in Victoria in 1955 were flawed.